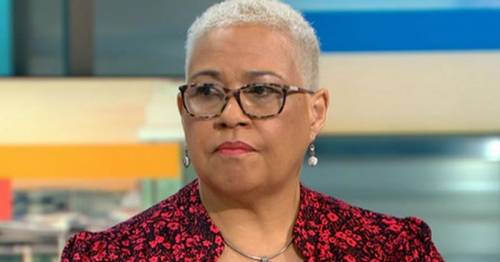 The mum of sisters murdered by a Satanic teenager has said that she was "taken to the depths of darkness" after hearing that two police officers had shared selfies of her daughters' dead bodies.

Mina Smallman said that, until that point, she had never envisioned what they had looked like but now "gets flashes" of images in her head and frequently cries in her sleep.

She also fears that it could have been part of a "fetish thing" where "people pay to have pictures of dead girls".

PC Deniz Jaffer, 47, and PC Jamie Lewis, 33, took "non-official and inappropriate photographs" at the crime scene before sharing them on WhatsApp between June 7 and 23.

Both men were sacked from the Metropolitan Police following a misconduct hearing on Wednesday.

In her first TV interview, Mina was asked by hosts Susanna Reid and Ben Shephard on Good Morning Britain whether she felt that justice had been done.

"We knew that this was going to happen," he said. "Our case is almost a test case is because their sentences in the bailey… the met know that they're being watched… it's a bit too late, really. If we think of Wayne Couzens, who was exposing himself, I want to know what they said to him.

"It's part of the culture in the police force that you don't grass on your team mates."

She continued: "For me, it's a problem of most major institutions. And I've come form the church and there have been misdemeanours there. There's a culture to paper up the cracks."

Bibaa Henry, 46, and Nicole Smallman, 27, were stabbed to death in June last year
(

"As soon as I heard that, I said, ‘This is not a one off,' she said. "You don’t start breaching your position with this being your first move. This is going to be much bigger. We were told it had been sent out to members of the public.

"So at the point they were being investigated, they had sent it to a doctor and a dentist who were part of the WhatsApp group. And the IOPC went to them and investigated them. I was thinking, ‘Is this some sort of cult fetish thing’ where people are paying to have pictures of dead girls?"

Mina went on to open up about how she had found out about the selfies.

"It's like a three-part story that just got deeper and deeper in the depths of depravity," she said. "You go to London to make preparations for a funeral. You get a phone call saying that it was important.

"When they arrived that morning, we worried all morning."

She said that hearing the news had taken her to the "depths of darkness".

"How on earth could [they] do that? Until that point, I had never imagined what the girls' dead bodies and now I get flashes of what they look like. I cry in my sleep," she said. "I think of it like the Jimmy Savile and the MeToo… if you are in the police force and you are sickened by what you're seeing, come forward."

Mina said that she believes Cressida Dick should go
(

Mina also said that she was "so disappointed" with how Commissioner Cressida Dick had dealt with the case and how she responded to complaints.

"I was so disappointed by what she said. She said that we've been advised by the report to apologise to the family. I thought, if you had to be told to apologise by an organisation… it's time for Cressida Dick to go."

"I've got a little fan base in the met who are saying, 'call it out'," she said. "I've got the utmost respect for the men and women who were looking after the case."

Recalling what her daughters had been like, Mina said: "They were amazing. They were very special, very special. Biba was always an outstanding social worker… and Nicky would have been at Woodstock, so she was just wonderful."

Previous : Solar storm warning: Sun ejects ‘canyon of hot plasma’ that can cause power blackouts
Next : GMB director breaks down in tears during final ITV show after 13 years