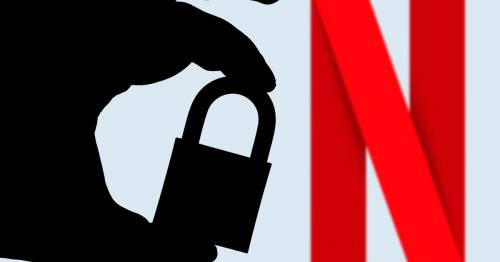 How would you feel if Netflix suddenly banned you from your account? Most of us would be devastated right?

But by flagrantly breaching its clear rules, many users are running this very real risk on a daily basis.

After a rather rocky start to the year, Netflix will be keen not to lose any more subscribers – but persistent rule-breakers will still be thrown off the platform.

Sharing your password is something many of us do, and the streaming giant is yet to reveal a robust way of tackling that particular problem.

But if you want to keep your Netflix account – which let's be honest, we do – here are three things it's clamping down on.

Want to get the latest streaming news direct to your inbox? Sign up for our Binge-Worthy newsletter HERE

A Virtual Private Network has long been used by people to fool a website into believing the user is from a different country.

With streaming sites such as Netflix, this can be of great benefit as the viewer can access films and TV shows not available in their home country.

While in reality you’re more likely to receive a ‘pop-up’ message giving you a wordy slap on the wrist – rather than a ban – such behaviour is a clear breach, so you do run the risk of losing your account.

Many of us enjoy watching Netflix
(

You may not realise it, but Netflix has always banned password sharing.

But so far the platform has seemed to turn a blind eye to it, presumably as it’s such a difficult thing to stop.

As stated above, Netflix is still looking at ways to clamp down on it, particularly as the company recently lost subscribers for the first time in a decade

While an all-out ban for this misdemeanour is unlikely, Netflix might try to persuade you to stump up some more cash for a second account profile.

This has been tested in countries in South America, and while the take-up so far hasn’t been a riotous success, if Netflix gets the price modelling right this could well prove to be the answer.

Making your own copies

Even since the dawn of Betamax video recorders (remember them?), you have never been allowed to make your own copies of any media.

"We may terminate or restrict your use of our service if you violate these Terms of Use or are engaged in illegal or fraudulent use of the service."