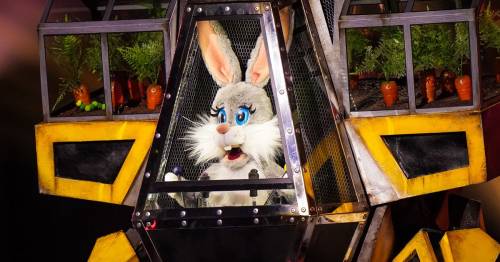 Robobunny appeared to confirm their identity on The Masked Singer UK on Saturday night, with fans now convinced they have solved the case.

After weeks of speculating, the latest clues appeared to hint just who was hiding under the mask.

New clues included being part of a huge family, singing gospel and being possibly mistaken for a woman with their vocals.

There was also the initials 'M' and 'A' on a pair of boxing gloves, while the star performed to Dynamite by BTS.

Viewers quickly believed they had rumbled who it was, and decided Robobunny was none other than Westlife singer Mark Feehily.

Taking to Twitter after the latest performance and clues, fans confirmed they were set on this being the star behind the mask.

One fan said: "Westlife did another song called Dynamite, Robobunny is too easy to guess at this point."

Another said: "Robobunny is Mark Feehily from Westlife."

Robobunny performed as one of eight contestants competing to stay on the show, ahead of the next elimination.

Viewers quickly believed they had rumbled who it was, and decided Robobunny was none other than Westlife singer Mark Feehily