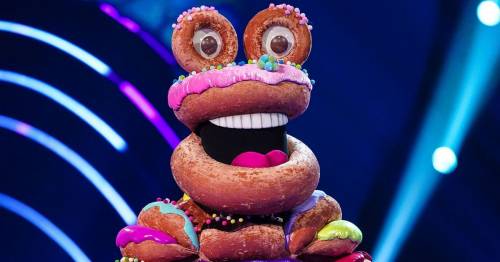 Doughnuts on The Masked Singer UK has had fans divided for weeks, over the true identity of the celebrity under the mask on the ITV series.

From football favourites to other stars, viewers have been trying to figure out who it is.

But on Saturday night, many fans were convinced they had cracked the case for once and for all, and that they now knew who was under the mask.

The clues included the famed football anthem 'Sweet Caroline', which Doughnuts belted from the stage, as well as having greeted "princes and dignitaries".

Doughnuts said: "My career has seen my reach some dizzying heights. You're not going to believe some of the opportunities I've had."

Viewers took to Twitter to share their thoughts on who could be under the mask – and everyone was guessing former footballer Michael Owen.

Taking to Twitter, one fan commented: "Doughnuts is without a doubt Michael Owen."

Another said: "Doughnut is @themichaelowen and it's so painfully obvious."

A third chimed in to write: "Doughnuts has to be Michael Owen."

A third chimed in to write: "Doughnuts has to be Michael Owen."
(

Doughnuts performed as one of eight contestants competing to stay on the show, ahead of the next elimination.