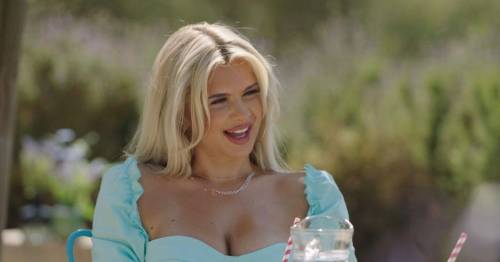 The pair have been coupled ever since they entered the Majorcan villa late last month.

Now in a teaser for the upcoming instalment, Liberty turns to Jake, who is still wearing his 70s finest, and comments on his throwback threads: “Babe, I love you but you’re giving me the ick.”

And while things appear to be going from strength-to-strength for the pair, Liberty attempts to backtrack on her sentiment after and said those three little words came out by mistake. 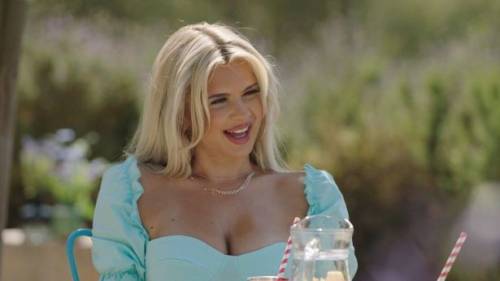 To which Jake jokes: “Oh my God. Did you hear what she just said?”.

The morning after the night before, Brummie beauty Liberty attempts to clear up saying she “loves” Jake over breakfast.

Liberty says: “It just slipped out. I say that to my mates.”

Her comment leaves Jake asking: “Am I just your mate?” to which Liberty responds: “No!”.

Her love admission comes as fans are concerned She will be the new Amy Hart after Liberty admitted she's ready to take the plunge with water engineer Jake.

Amy was devastated when Curtis Pritchard sensationally dumped her on Love Island 2019 after her "boyfriend" went to Casa Amor and tried to crack on with newbie Jourdan Riane.

Curmy coupled up at the start, and when Amy headed to Casa Amor, she stayed loyal and returned to the villa with the intention of dropping the L-bomb.

However, in a devastating blow for the former flight attendant everything imploded at the re-coupling when Curtis harshly admitted he didn't really fancy Amy or see a future.

The star sobbed: “I thought I’d met my first love and ‘the one’ and it turns out I haven’t. I’m someone’s back-up plan yet again." 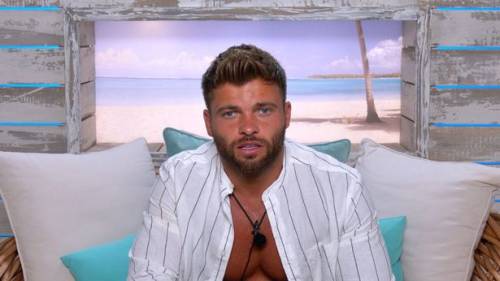 Jake has been coupled up with Liberty since the beginning
(Image: ITV/REX/Shutterstock)

Sadly loyal love islanders have now predicted a similar fate for bubbly Brummie Liberty after she forgave Jake for flirting with Millie when she first entered the villa.

In a heartfelt conversation Liberty laid down the law to her other half, telling him there would be no "hanky panky" after catching him conversing with the blonde stunner.

Clearly crestfallen Jake told her she had to "do what you've got to do", but also tried to repair the situation, saying: "What I've got with you is good.

"I needed a test to go 'Am I really into Lib?' I had one chat with someone whose my type. I can't keep my hands off you".

The speech appeared to have worked with Liberty later confessing to Kaz that she was "a little bit falling in love" with the engineer, but one fan observed "Liberty is becoming Amy rapidly."

Another said: "liberty and jake is gonna be the new amy and curtis telling you now".

And one more warned: "Liberty is Amy 2.0 same thing is going to happen".