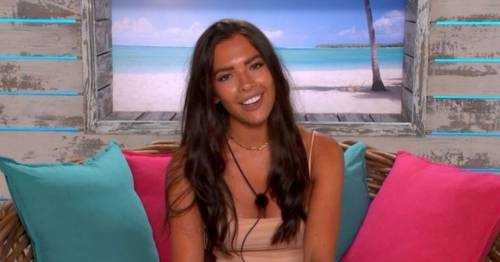 Love Island star Gemma Owen has reportedly already been offered to star in a brand new reality show following her popularity on the ITV2 dating programme.

Gemma, 19, who is the daughter of England football legend Michael Owen, is said to have been offered the chance to appear in a new reality show, which will "expose the world of footballers' daughters".

Michael's daughter Gemma shared her hopes to follow in the footsteps of her icon Kylie Jenner before heading into the villa, and now it appears she may be following in the footsteps of the former Keeping Up With The Kardashians star with a reality show.

A source told new! magazine of the new programme: "It will follow their everyday lives and dramas, giving viewers insight into what it's really like for young girls in the spotlight of their famous fathers.

"There's no denying Love Island has been the Gemma Show this year, and it's not surprising the production companies are desperate to capitalise on that."

Gemma has reportedly been offered a "significant sum" to appear on the new reality show, which is being produced by the same company behind The Masked Singer and The Masked Dancer.

Michael Owen's daughter isn't the only spawn of a football legend who has been approached as Wes Brown's daughter Halle is said to have also been asked if she would be interested in making an appearance.

The teen's time on Love Island has seen her become a hugely popular character on the programme.

She strutted into the villa and coupled up with Liam Llewellyn, 22, before ditching him to get to know Davide Sanclimenti, 27.

However, the spark between herself and the Italian Stallion fizzled out following the entrance of Ekin-Su Cülcüloğlu, who locked eyes on Davide.

But, an unfazed Gemma then decided to crack on with fishmonger Luca Bish, who's name she mocked during her first night in the villa.

Things were going well between the pair when Gemma's ex-boyfriend Jacques O'Neill, 23, made his entrance as a bombshell. Luca's feathers were ruffled when Gemma accidentally called Luca by Jacques' name in an awkward slip up but the pair soon kissed and made up.

Gemma and Luca's romance appeared to be under threat again with the entrance of Danica Taylor, who entered the villa and stole the fishmonger from the footballer's daughter. But, Luca soon made it clear that Gemma was the only girl he was interested in.

Despite her whirlwind experience in the Love Island villa Gemma is yet to reveal the identity of her father to her fellow Islanders.

Fans of the show are now convinced Michael, 42, struck a deal with the ITV2 programme to not mention his name.

One Reddit user suggested: "If her family paid [ ITV ] money not to air [Gemma talking about Michael] then we won’t see it. I think it’s pretty obvious that some sort of deal was struck regarding her time on the island."