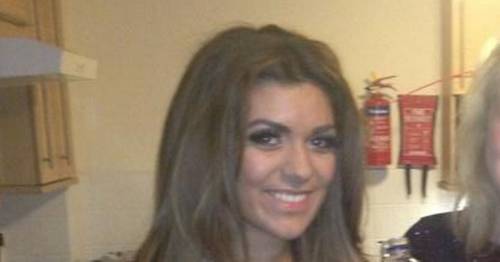 The 27-year-old made waves in the Spanish villa when she entered as one of the bombshells just a few days into the ITV2 dating show, and immediately caught the attention of Italian stallion Davide Sanclimenti.

The gorgeous Turkish actress has impressed viewers so far, and won their support when she tearily confessed she didn’t think Davide was making an effort, so set her sights on newcomer Jay instead.

However, she looks completely different – and is using a different name – in resurfaced snaps on Facebook, which show her at university.

She underwent surgery while pursuing her acting career in Turkey

Going by the name of Susie Hayzel, she describes herself as an actor, and lists herself as the current Miss Ireland.

Ekin-Su is reportedly the budding actress’ birth name, and in one snap, she’s posing with a bottle of fizzy pop alongside one of her student friends.

She moved to Turkey to pursue her dreams of becoming an actress, and went on to star in a soap opera, but she got her first brush with fame by appearing in a reality show while studying at the University of Central Lancashire in 2012.

The actress studied at the University of Central Lancashire

Her fun-filled days at uni were shared on Facebook

During her first year of a degree in performing arts at the university, she starred in Lancashore, which was dubbed as a “reality TV show following the lives of a group of students in Preston.”

Ekin-Su previously revealed she has undergone breast augmentation surgery and she also had veneers fitted while in Turkey, and has embraced her birth name after years of calling herself Susie.

Ekin-Su has impressed viewers since arriving as a bombshell
(

The actress has won over viewers in recent days, as she set her sights on new boy Jay, after being sidelined by Davide.