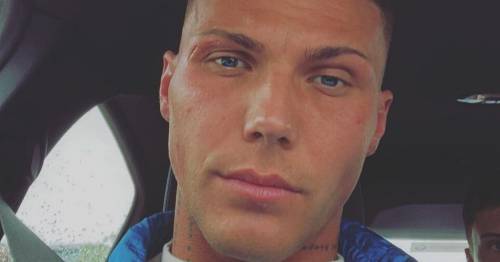 Love Island contestant Danny Bibby's father has left Instagram mere days after setting up an account in support of his son’s search for love on the ITV2 show.

The 25-year-old has made quit the stir since entering the Majorcan compound after eagle-eyed fans spotted the star using the N-word in a comment on his Instagram feed.

In light of the unearthed racist remark, both Danny and his dad Ricky issued public apologies, insisting that he is "not racist".

Despite the apology, Ricky’s dad's Instagram account, under the handle @dannybibbysdad, has been bombarded with messages from upset viewers. 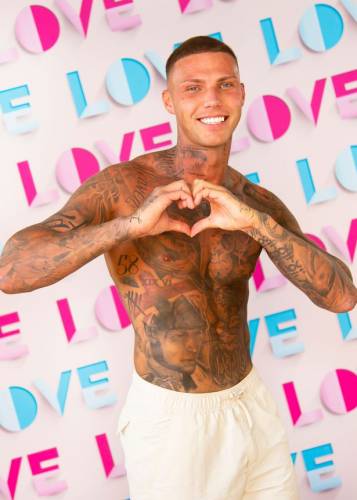 Danny Bibby entered the Love Island villa as a bombshell

In a final post on his account, which is now set to private, Ricky wrote: "Sorry peeps. The fuse has blown. Too much hassle this…Was gonna be a bit of fun but…. bye."

Last week, Ricky defended the reality star after the plumber came under fire after he used the term 'n****' on his Instagram in 2019.

It has led a number of Love Island fans to call for the budding reality star to be axed from the ITV2 show before he even entered the villa.

In a statement issued by Danny's dad in response to the racial slur, Richard defended his son and maintained that Danny had made a 'mistake'.

"Danny does not have a racist bone in his body and there were no racist intentions to this post," Danny's father revealed.

He added: "Although it was not done maliciously, it was a mistake. I absolutely apologise on his behalf for the offence this wording may have caused. That would never have been his intention." 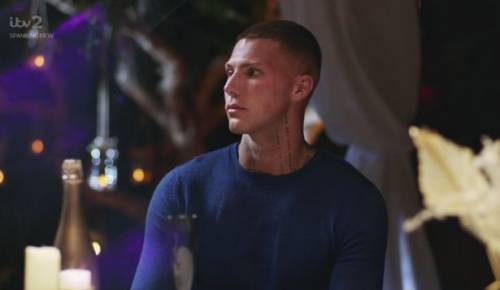 Danny has already issued an apology for his past language from inside the Love Island villa
(Image: itv)

Last week, the contestants were thrilled to learn that a new bombshell boy had invited Kaz Kamwi out for a romantic date.

However, it wasn't long before eagle-eyed Love Island viewers had trawled through his social media and spotted the N-word in his comment section.

The people running Danny's social media were warned about the comment before it was swiftly deleted from his Instagram page.

However, several fans had already spotted the remark and took to social media to vent their fury about the 'racist' behaviour.

Speaking from inside the villa, Danny apologised in a statement: "I'd like to take the time to apologise to anyone that may have taken offence to my inappropriate remark. I never meant anything malicious by this comment at all.

"I am not a racist person and it's unacceptable language and ignorant. I meant no offence and feel like I have really learnt from my mistakes and will never use that word again.

"I am a kind loving person and hopefully you get to see that in the show," he added.

After the apology from Danny, he got to remain in the Love Island villa, but viewers were left questioning ITV's decisions.

Previous : Anne Hegerty’s life off The Chase – sex life, brink of homelessness and net worth
Next : Girl, 15, raped in the sea off coast of packed beach with police hunting teenage boy