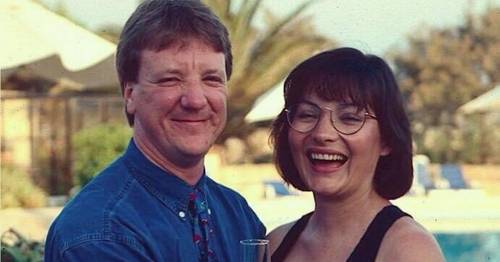 Lorraine Kelly is the warm and chatty TV host we welcome into our homes every morning – but she's also a massive sex symbol.

Most viewers will be stunned to discover that Lorraine is actually 61-years-old, as the much-loved Scottish presenter looks many years younger.

But Lorraine has laughed at the idea of viewers finding her sexy, saying: "I prefer to think of myself as cuddly."

But away from the cameras, it's a very different story according to 26-year-old daughter Rosie, who is currently appearing on Celebrity Gogglebox with her mum.

In December, Rosie revealed what her mum is like off-screen and explained what it's like to grow up with a famous parent.

"I’ve never known any different. She's so lovely – if I had a mum who was controversial it would be different, but I’ve never had any hassle. When I was a teenager the only social media was Bebo really, so it wasn’t bad," explained Rosie in December. 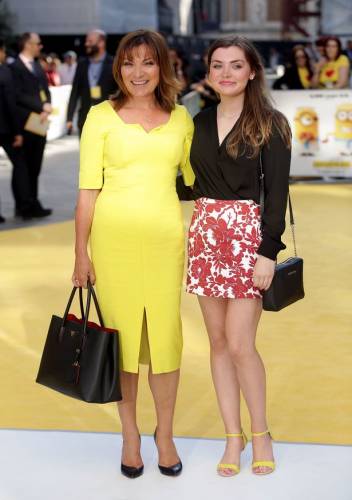 Lorraine remembers that a young Rosie used to look "all bemused" when fans came over to ask for an autograph.

However, as she's grown older, Rosie has discovered that all of her male friends actually fancied her mum.

"I suppose people my age didn’t really watch Mum because they were at school. Although all my male friends say that they fancy her all the time," Rosie told The Sun last year.

During the joint interview, Lorraine replied: "Do they? Ha! You know how to make a 61-year-old happy!"

Rosie also discussed the side to her mum that nobody else gets to see when she's on the telly.

"It takes a lot for her to be annoyed…," she said, before her mum cut in. 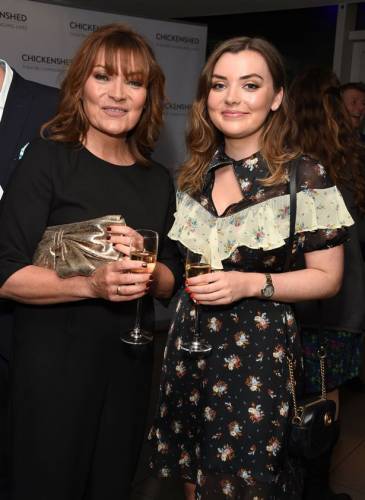 Rosie knows her mum better than anyone else
(Image: Dave Benett/Getty Images)

Lorraine added: "But when I’m annoyed, I’m annoyed. Everyone’s just trying to go about their lives, so I hate bigotry and bullying and you see that a lot online unfortunately. I just think that’s the kind of thing that would get me really, really angry."

One thing that is the same about Lorraine at home is how nice she is.

When Rosie was younger, Lorraine had to juggle her career and was travelling back and forward from London to Dundee.

Her husband Steve Smith was always the one telling Rosie to "eat your broccoli, do your homework".

"He was the bad cop. I was the one who would let her sit and watch the rubbish on the telly. I wouldn’t be very good at doing discipline anyway," confessed Lorraine.

Rosie added: "Dad was always the one who gave me a telling-off!" 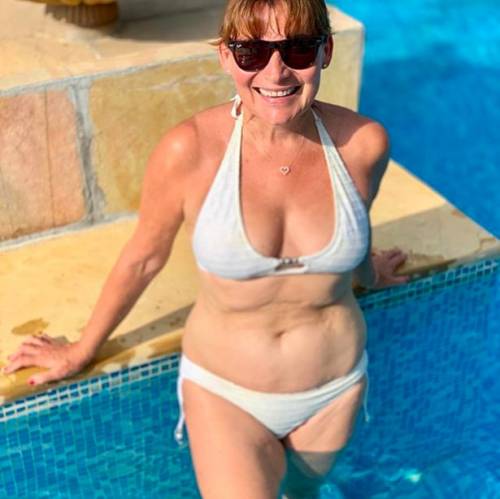 Lorraine struggles to see herself as a sex symbol – but viewers certainly do
(Image: instagram)

Back in 2015, Lorraine got her confidence back after dropping three dress sizes.

She said: "I've got a confidence I’ve never had before. I'm doing things like tucking my blouse into my trousers and it feels amazing.

"For me not having to wear something large that covers my legs and my bottom feels like a major step."

In August 2019, Lorraine set pulses racing when she posed in a breathtaking bikini-clad Instagram snap.

In the sun-scorched post, the chirpy personality slipped into a white halterneck bikini for her day in the pool while she holidayed in India.

Christine Lampard, who was filling in for the presenter while she was on holiday, even claimed she could be a 'new page 3 girl'. 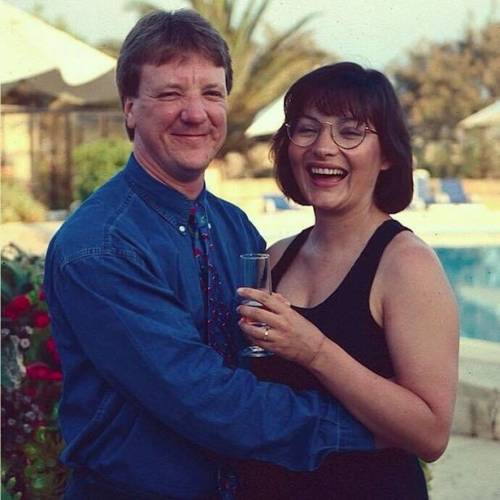 Lorraine with husband Steve, who she wed in 1992
(Image: rosiekellysmith • /Instagram)

One person who definitely adores Lorraine is her husband Steve, who she has been happily married to since 1992.

"We’re happy. Steve’s never minded what I look like, he’s always made me feel confident. I’ve been lucky," Lorraine said in 2015.

Lorraine met her future husband while he was working as a cameraman on TV-am – and she knew he was "the one" from the moment she first saw him.

Speaking to Woman and Home Lorraine said: "He walked into the TV-am office 28 years ago where I was working as a reporter and he was part of the crew, and I thought, 'That'll do, I'm having that,'

"We were friends for a good year, then it all happened rather quickly when we had to do a shoot on location at Glencoe. We were staying in a tiny hotel in the middle of nowhere and I got him incredibly drunk on tequila before making my move. The way I remember it is that I leapt on him like a ninja and he had absolutely no defence!"

In 1994 the couple became parents to Rosie, who is their only child, then sadly Lorraine suffered a miscarriage five years later. 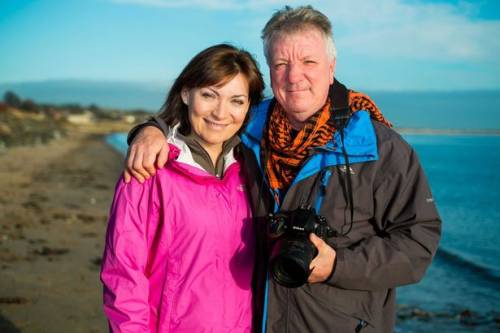 Lorraine and Steve met while they were working together
(Image: PA)

Lorraine and Steve decided not to go down the IVF or adoption route because they felt lucky to have healthy and happy Rosie.

Discussing the news of Meghan Markle's brave revelation about miscarriage in July 2020, the presenter discussed her own loss with Dr Hilary Jones.

"It was almost exactly the same, having to go to hospital and the way she talked about it," she told her colleague.

"What really helped me was being able to talk to you obviously and also other people, but also Rosie."

Rosie was just five-years-old when her parents suffered the loss and has vague memories of what happened, but only truly discovered the full extent by reading her mum's book.

"I do remember. We were in Dundee," she recalled in a 2015 interview to OK! magazine alongside her mother.

"I was in the car with Dad following the ambulance. I was okay, though – I had no idea what was going on." 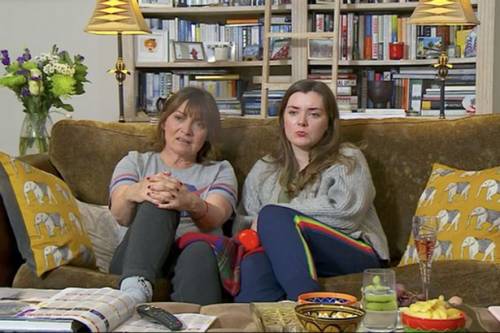 Lorraine Kelly and daughter Rosie are on Celebrity Gogglebox

Lorraine has also discussed the secret to her 30-year marriage with Steve.

"I met Steve when I was about Rosie’s age. I try to never take him for granted, and he’s just really funny," she said.

"He does put up with a lot though. If things are getting too much for me or I’m overwhelmed, he’s really good at just being like: 'Take five'."

Lorraine and Rosie have already had viewers in stitches during the new series if Celebrity Gogglebox.

And the pair are back once again tonight, discussing everything from the soaps to a pierced penis on Naked Attraction.

Previous : Emmerdale fans predict Meena will go ‘full on psycho’ and claim she’s lying about her past
Next : SAS: Who Dares Wins’ Jason Fox ready to replace Chief Instructor Ant Middleton after axe