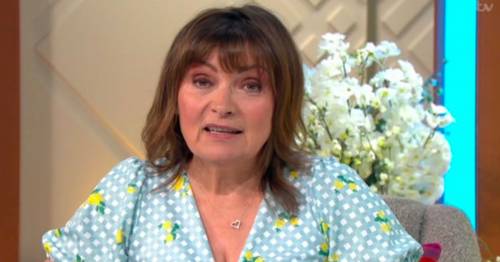 Lorraine Kelly has issued a plea to Prince Harry and Meghan as she warned the public are getting fatigued by their press appearances.

The presenter urged the couple to lay low for a while after a busy few months saw the release of their bombshell Oprah Winfrey interview, Harry's mental health documentary and the launch of Meghan's debut children's book.

Lorraine aired her views during a discussion on her ITV daytime show with showbiz expert Ross King about the Duchess of Sussex's latest project – which comes just days after she welcomed her second child.

The host suggested the birth of Lillibet 'Lili' Diana gave Harry and Meghan the perfect opportunity to 'stop doing interviews' and lay low for a while.

Acknowledging Harry and Meghan's busy schedule, Ross said "They’re going to have some time off, Archewell their foundation allows people 20 weeks of parental leave which is quite good that they got that in. 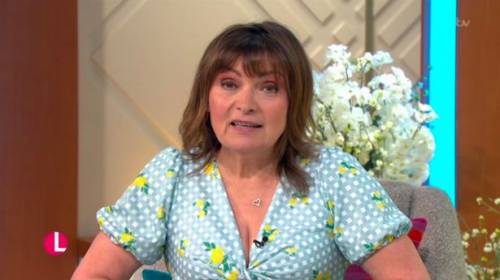 Lorraine Kelly said she was glad to hear Meghan Markle and Prince Harry are taking time out
(Image: ITV)

"The one thing that did make me smile, everyone was talking about the name Lilibet and that it’s what the Queen was called when she couldn’t say Elizabeth when she was a little girl.

"And then we’re hearing stories that Harry had spoken to the Queen about it and if they were going to have a girl at some point that’s what she’d be called."

He went on: "People are also saying Lili is a tribute to Doria, Meghan’s mum because Meghan’s mum used to call her flower.

“I also want to say that because of using Diana, it has three letters that are also in Doria so I think that’s the connection.

“We hear that Doria is up in Santa Barbara at the moment," he noted. 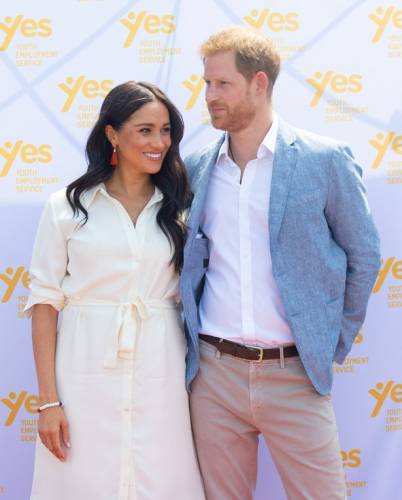 Lorraine Kelly said that Meghan and Harry could use some time off after a busy year
(Image: WireImage)

Lorraine piped up that she was glad to hear the parents would be taking some time out the spotlight.

"Well, that’s good that they’ve got [Doria] there for babysitting and it's good that they’re taking some time off, no more interviews please, we’ve had enough now," she added.

The presenter went on tell viewers that Meghan's debut children's book The Bench is released today.

"I would imagine already it's a best-seller?" she asked. 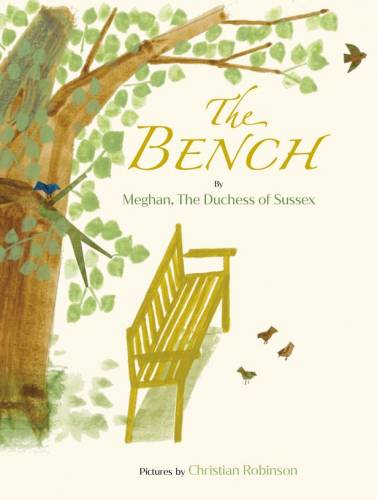 "Well it’s clever, isn’t it?” Ross replied. “Produce a baby on Friday and next week you’ve got your book out as well.

“Women can multitask, men could never do that just one or the other," he joked.

On Monday Harry and Meghan announced via a spokesperson they have welcomed a baby girl.

"It is with great joy that Prince Harry and Meghan, The Duke and Duchess of Sussex, welcome their daughter, Lilibet 'Lili' Diana Mountbatten-Windsor, to the world. 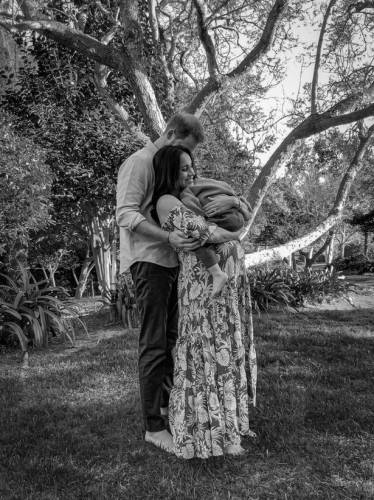 Harry and Meghan welcomed a daughter together, a little sister for their son Archie
(Image: Misan Harriman via Instagram/AFP)

"Lili was born on Friday, June 4 at 11:40 a.m. in the trusted care of the doctors and staff at Santa Barbara Cottage Hospital in Santa Barbara, CA," reads the official announcement.

Explaining the sweet meaning behind the name choice, the statement continued: "Lili is named after her great-grandmother, Her Majesty The Queen, whose family nickname is Lilibet.

"Her middle name, Diana, was chosen to honor her beloved late grandmother, The Princess of Wales."

The couple ended their message by thanking supporters for warm wishes and prayers as they enjoy their 'special time' as a family.