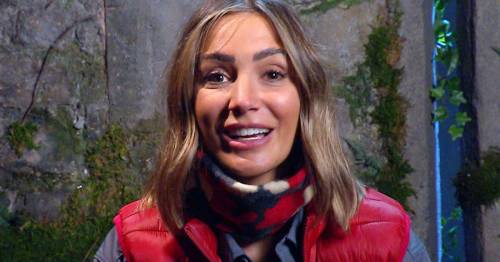 I'm A Celebrity… Get Me Out Of Here! star Frankie Bridge is happy there the pressure's off for Myleene Klass-style jungle showers.

For the second year in a row, the ITV series is being filmed at Gwrych Castle in North Wales and, of course, it's just a little bit colder there than the usual Australian destination.

Thanks to the nippy weather, the campmates don't have to worry about showering in bikinis and swimsuits.

She explained: “I’m buzzing that I don’t have the pressure of going out in a bikini and being in the shower on TV, so I’m totally fine with that.

“I think it’s definitely going to be a much less enjoyable experience."

Frankie added: "Although, having said that, it’s going to be quite entertaining because I think from last year, one of the campmates is going to have to pump water at the same time.

Frankie is glad the pressure's off
(

“So it’s the first time that shower has been a joint effort, I would say.”

Myleene's shower moment in the I'm A Celeb jungle caused a huge stir when it happened in 2006.

The former Hear'Say singer wore a tiny white bikini as she enjoyed an outdoor waterfall shower.

Myleene previously opened up about the infamous moment and thanked the swimsuit for her career.

She previously told Mirror: "I owe those three triangles of fabric everything. If it wasn't for that bikini, I'd have probably retrained as a midwife.

"Maybe it's my next challenge."

Others include David Ginola, Naughty Boy and Snoochie Shy.

With temperatures under 10 degrees celsius, Frankie doesn't have to worry about the camp's shower situation.

She recently mentioned how she felt prepared as her experience on Loose Women meant she was good at dealing with 'strong opinions'.

She revealed: "Confrontation-wise, I'm not confrontational at all, I hate it. I think Loose Women will have helped in that I enjoy listening to other people's opinions – whether I agree with them or not.

All the I'm A Celeb contestants
(

"I think it will help in that I'm used to some stronger opinions and stronger personalities than mine in camp."

Frankie added to The Sun : "There's one thing being on an hour's show with women you know and love and have known for ages, to being in a situation where everyone is tired, homesick and hungry. It's so hard to know what your patience is going to be like."

Previous : Criminal charges dismissed against former leaders of Holyoke Soldiers’ Home in deadly COVID-19 outbreak
Next : Holly Willoughby was ‘constantly embarrassed’ at school because of being dyslexic