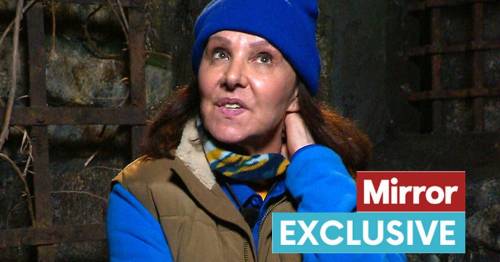 I’m A Celeb’s Arlene Phillips doing ITV show for fun, not to ‘top up her pension’

When Arlene Phillips said she was going into I’m A Celebrity for the adventure she meant it.

Many fans are worried about how the 78-year-old, currently sleeping on a stone floor in the Castle’s Clink prison, will cope

But insiders say Arlene did not join the show to "top up her pension" or as a career last resort and is relishing the experience for what it is, not what it pays.

We can reveal the former Strictly Come Dancing judge owns a mortgage-free London house valued at £4.3million And she has more than a million pounds worth of other assets, before she picks up her I’m A Celeb pay cheque.

A show source said: "Arlene is not an older celeb who needs to make a career comeback or needs to top up her pension.

"She still has energy and talent and is wanted by ITV for other shows, including Dancing On Ice, and is back out on the road next year working on a number of stage shows at their auditions.

She really did just fancy the challenge of I’m A Celebrity which is quite unusual. The appearance fee is a nice bonus."

Arlene has previously told how she signed up as part of her bid to experience as many new things as possible later in life.

She said: "I thought, firstly, I very much want to do lots of different things before I die. And often, it’s things that it’s out of my comfort zone.

"I’ve done a lot of things that I never thought I could do or would do. And who knows what’s going to happen?”

Meanwhile, Arlene has banned herself from cooking on the show in a letter she wrote to her "future self" in which she also wrote of wanting to show viewers her softer side.

She said: "Don’t cook! Just offer to clean up and wash up as food is precious and you would probably burn it.

Arlene doesn't plan to do much cooking in the Welsh castle
(

"Spread all the love you have inside knowing that this will make your family proud by allowing people to know who you really are. Be as brave as you can, but patient and kind with others, so if you need help you won’t be afraid to ask.

"Finally just do your best, whatever that may be."

Arlene first found fame as director and choreographer of British dance troupe Hot Gossip, which she formed in the mid 1970s.

She went on to choreograph top West Ends shows, including Starlight Express and The Sound of Music, before casting judgment on the efforts of Strictly contestants from 2004 until 2008.

I’m A Celeb’s launch show on Sunday had a peak audience of just over 9million and an average of 8million, around 3million down on last year.

Previous : Former I’m A Celeb campmate AJ Pritchard says Richard and Frankie are the ones to watch
Next : Inside I’m A Celeb’s Naughty Boy’s ‘bitter feud’ with former friend Zayn Malik