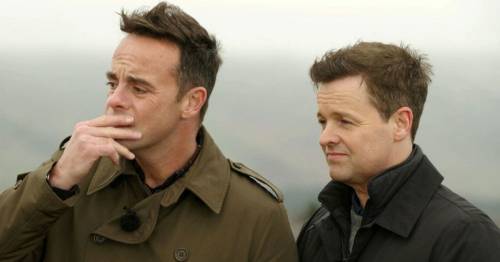 Ant McPartlin and Declan Donnelly have hinted that they won’t stand for any disrespectful tone during the current series of I’m A Celebrity… Get Me Out Of Here! as they reprimanded Danny Miller for a mildly sarcastic comment.

The long-running ITV reality competition has returned to Wales for the second year in a row as a new collection of famous faces brace themselves for weeks of uncomfortable sleeping conditions and stomach churning trials.

But episode one got off to a slightly fraught start as 30-year-old Danny took part in the first test of the season opposite ex-BBC Breakfast host Louise Minchin.

Ant and Dec were on hand to explain the rules of the challenge – and seemed to take issue with Danny expressing his concern about the event.

Ant and Dec reprimanded Danny Miller over a sarcastic comment
(

Ant, 46, began: “This year is going to be tougher than ever, all the celebrities will face grueling challenges on their way to the Castle to win the keys to the Castle.”

Dec continued: “The winning team will get to pick which two celebrities from the other group will represent them in the next challenge.”

Danny was anxious a about taking part in a plank challenge
(

Ant added: “The team that wins the keys will have access to the main camp in the Castle, where you will get a bed, and you will eat tonight. Whilst the losers will be banished to the Castle Clink and be on basic rations. Not the place you want to be.”

Once the gameplay was established they all turned to look at the terrifying planks.

Dec said: “In front of you are two planks, which get narrower as you progress out over the quarry. You must step over the gaps in the planks and make your way to the yellow gameplay zone at the end, which is 213 feet above the lake. Once you are both there, the game will begin.”

Ant said: “Between the planks is a stack of lights. The red lights will start to flash and when the green light comes on, you must press the button with your foot. The first celebrity to hit their button will win and the loser will be dropped from their plank.”

Louise and Danny were the first to take part and they walked to the start of their planks while Ant and Dec asked them how they were feeling.

Louise, 53, looked at her plank and said: “I can’t think of many things worse than this right now, it’s terrifying.”

The flippant comment caught the attention of Ant who turned to Dec and said: “A little bit sarcastic there.”

Dec concurred and said with a smile: “little bit.”

*I’m A Celebrity… Get Me Out Of Here! airs on ITV week nights at 9pm