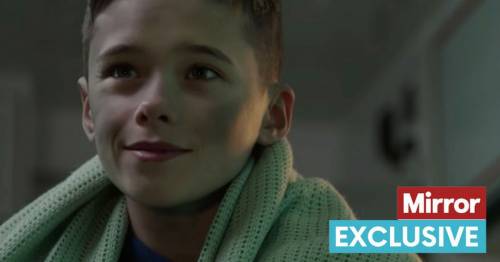 Hollyoaks star Bethannie Hare has teased all on how the McQueens may react to an unforgivable and devastating twist.

Cher McQueen is caught up in a deadly explosion in the village this week, that sees lives on the line.

With it teased a number of twists and turns are ahead, and that fans should expect the unexpected, a recent trailer for the Channel 4 soap also hinted at a major plot.

Cher's dad Sylver McQueen appears to be trapped in the wreckage of the fire, while his stepson Bobby is also there.

But it seems Bobby lies to his mum Mercedes about Sylver's whereabouts, following his decision to leave his family prior to the incident.

Sylver begs Bobby to go and get help, but the clip in the trailer then shows him lying to his mum that he has not seen Sylver.

With tragic deaths no doubt looming, it could well mean poor Sylver will lose his life thanks to Bobby's actions.

Now, speaking exclusively to The Mirror, Cher actress Bethannie has addressed the possible twist, and what it could mean for the family in the future.

Sylver begs Bobby to go and get help, but the clip in the trailer then shows him lying to his mum that he never saw Sylver.
(

With Cher pretty ruthless herself, the actress and singer confessed it could tear the family apart.

On whether it could lead to a tragic end for Sylver, she told us: "100 per cent. The fact he comes out and lies to Mercedes about Sylver, that could make him lose his life because he needs help, and someone needs to go in and help him. It is so sad and it's gutting."

She went on, remaining coy over Sylver's fate: "If Cher found out Bobby had lied, she will never be able to forgive him.

Bobby lies to his mum Mercedes about Sylver's whereabouts
(

"It’s very dark. For someone so young it's such a dark thought to do that I think. Well it is anyway, but especially for a young child to do that.

"I don't think she could ever forgive him because Sylver is her dad and she could lose her dad to his actions."

On who could be at risk in the dramatic scenes, with the soap known for killing people off in big episodes, Bethannie revealed it really could be anyone meeting a tragic end.

With Cher pretty ruthless herself, the actress and singer confessed it could tear the family apart
(

She explained: "I think all of the characters are at a massive risk because the explosion is horrendous, so if anyone is in there then their life is at risk. So yeah, Cher is definitely at risk too."

Bethannie also hinted fans might be misled as to who will lose their life and who will survive the disaster in the village.

She told us: " There is gonna be many twists and turns with the stunt. I think the people you will expect to be fine or the people you expect won't be, I think it will definitely turn around.

"Who plans the explosion, and who is behind it? There are definitely a lot of twists and turns ahead."

Hollyoaks airs weeknights at 6:30pm on Channel 4, with the next episode at 7pm on E4.

Previous : The Chase has lawyers in the studio and they had to intervene after Bradley Walsh error
Next : Emmerdale’s Meena reveals sickening murder plan to frame Vinny for his own death