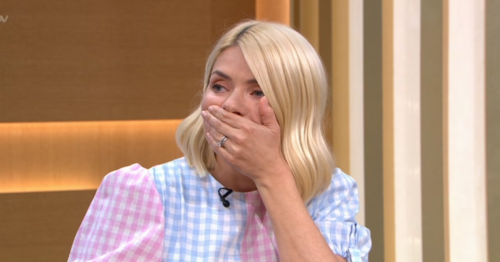 This Morning's Holly Willoughby looked horrified as she realised she had given away what was supposed to be a secret about chef Clodagh McKenna's wedding.

Clodagh had baked an elderflower and lemon drizzle cake, which she was giving to Holly and co host Phillip Schofield.

As they were tucking into a slice of the cake Clodagh had made, Holly remarked: "This is so good, and you love this cake so much, you had it in your wedding cake?"

Hesitantly, Clodagh replied: "Well it's going to be in my wedding cake in August but I wasn't going to tell anybody!"

Horrified, Holly said: "Oh! You said it earlier to me and I just thought you were…" 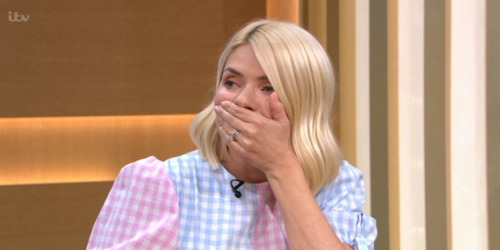 Holly accidentally let slip what would be in Clodagh's wedding cake

Clodagh laughed: "No don't be silly, no it's not that big a deal, I want to give you a hug and I can't! It's going to be in my wedding in August."

"What she said! Oh I am so sorry!" laughed Holly. 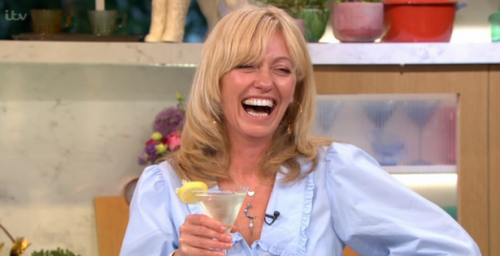 Clodagh had not expected Holly to make the announcement on air

"What has happened? Isn't the cocktail great everybody?" said Clodagh as she tried to change the subject.

And earlier on in the show was another blunder as Clodagh spilled her cocktail and then swore live on air. 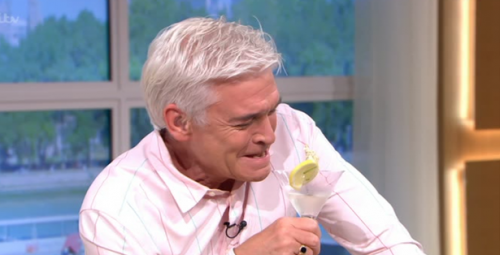 Phil got the giggles at the awkward moment

"This was Holly's idea, it's vodka, elderflower cordial, ice and fresh mint, I added fresh mint into it, because I just thought it would be so good," explained Clodagh.

She then began to throw it around in the cocktail shaker but it was not shut properly and the cocktail spilled everywhere, with Clodagh exclaiming: "Oh s**t!"

She then covered her mouth as she realised what she had said, with Holly and Phil bursting out laughing. 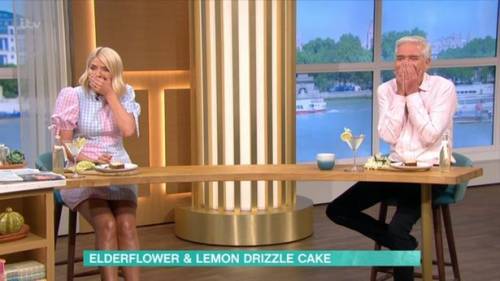 Holly looked mortified as she realised she had given the surprise away
(Image: ITV)

"She does tend to forget she's actually on telly!" giggled Phil.

"Oh well! It happens, who out there has never said that word in their life? Let them be the first to cast the stone!" said Clodagh.

"Oh my god, I love you so much," Phil told her. "Just once more for compliance reasons, we apologise, we are taking it seriously."

* This Morning airs weekdays on ITV at 10am

Previous : Lorraine Kelly says ‘we’ve had enough’ as she begs Harry and Meghan to stop interviews
Next : Microsoft to sell some products through experience stores