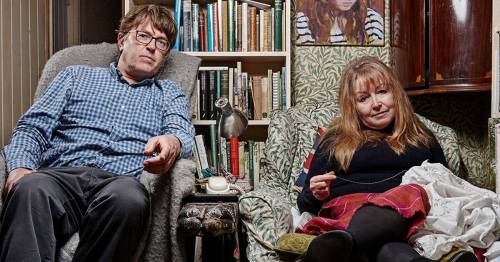 Gogglebox viewers have called for Mary Killen to be axed from the hit Channel 4 programme in the wake of comments she made about Boris Johnson in the latest episode.

Mary and her partner Giles Wood watched Good Morning Britain’s sit-down interview with the PM earlier this week, in which Susanna Reid grilled him on the cost of living crisis.

In the interview, the GMB presenter asked the PM about the stark situation of a pensioner who has been forced to cut down to one meal a day and ride the bus for heating in order to make ends meet.

The couple were discussing 77-year-old Elsie’s case, as she said her gas and electric bills had soared from £17 to £85 a month.

Mary said: “I am very sorry for Elsie but Susanna is making out it is Boris' fault and like he doesn't care.”

Giles then asked her: “Whose fault is it?,” to which Mary replied: “Well it is the global situation.”

Mary’s comments angered a number of loyal Gogglebox fans, who took to Twitter to call out the sentiment, as one demanded: “Get rid of Mary.”

Another viewer posted: “Mary cries her eyes out at nothing every week until it comes to real stuff. Then all she can do is defend Johnson. Horrid woman,” as another chimed: “Can someone remind Mary that Boris Johnson runs this country and it absolutely IS his problem and his fault that an elderly women is riding a bus to keep warm bcos her heating bill has risen more than 4x!”

A fellow angered Gogglebox viewer wrote: “Don’t know why I’m surprised Mary and Giles are Tories but now I know for sure, I can’t find them funny in the same way anymore, bye.”

But a number of fans praised the Channel 4 show for showing a differing opinion.

One wrote: “I agree with Twitter that Mary is out of touch and I certainly don’t agree with her. But the beauty of Gogglebox is diversity and able to express opinion, even if it is different from your own. She and Giles can’t be axed because you disagree with them.”

Another tweeted: “I don't understand why people are getting so worked up about Giles and Mary.

“It's light entertainment, it's not meant to be a documentary. I find them quite amusing. And by the way, they also have feelings and can read.”

Mary said: “I am very sorry for Elsie but Susanna is making out it is Boris' fault and like he doesn't care.”
(

Another chimed: “The fact that people are getting so annoyed at the fact Giles and Mary have an opinion about something is mind-boggling.

“Are we not allowed one now? Are we 'tory scum' if people don't have the same one? Just agree or disagree, don't get so offended, jesus!!!”