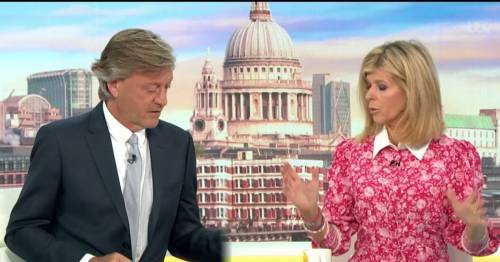 Good Morning Britain viewers have been declaring they’re "switching off" as they struggle to watch the "excruciating" show.

On Thursday morning, Richard Madeley returned to the panel alongside Kate Garraway to talk about the latest UK news – including the three per cent pay rise for NHS workers and a potential fine for those who don’t put sunscreen on their children.

However, viewers believe the show is losing its spark, switching off after taking exception to Madeley, who’s previously been branded the ‘real-life Alan Partridge ’ for his interview techniques.

Speaking on Twitter, one viewer wrote: “put [GMB] lasted 2 minutes. What is with them interrupting when anyone speaks! It’s excruciating.” 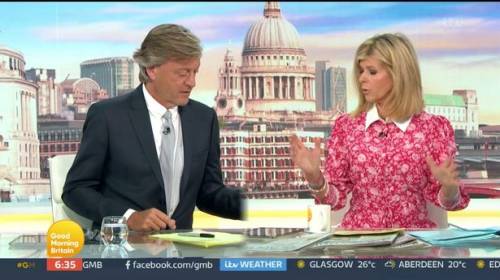 “Switched on #gmb, saw it's Richard and not Ben with Kate, switched off. #thatisall,” wrote another.

“So is Richard 'Partridge' Madeley now the permanent replacement for [Piers Morgan] on #GMB?,” a third added. “Needless to say, he keeps having the last laugh.”

Madeley has been making frequent appearances in the hosting seat over the past three months, filling in for the space left behind by Piers Morgan, who quit the show in March.

However, since his return he has been dividing viewers for his news commentary.

Last week, he was slammed for being “insensitive” towards co-star Ranvir Singh after she ended up in tears during a discussion about racism.

In the emotional chat, spurred on by the racist online abuse the England players suffered following their Euros 2020 final loss, Ranvir revealed she deals with racism on a day-to-day basis and even her young son has had problems with racist comments. 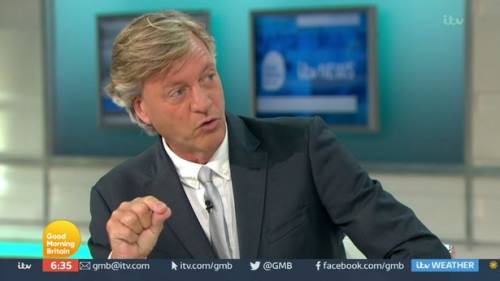 Richard Madeley has been one of the faces filling in for Piers Morgan over the past three months
(Image: ITV – GMB)

He also got in trouble with Ofcom after grilling SAGE scientist and psychologist Susan Michie about her political beliefs and how that could affect her thoughts on lockdown measures.

However, Madeley has made no secret of wanting to become a permanent fixture on the early morning show, though in June said there were no official plans in place. 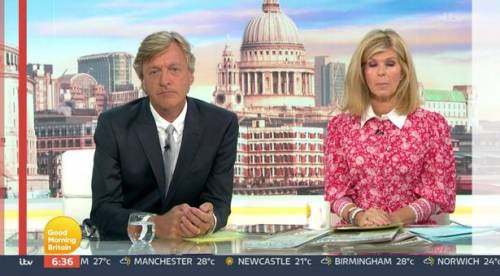 Kate Garraway and Richard Madeley were back for Thursday's episode
(Image: ITV – GMB)

Get all the biggest TV news straight to your inbox. Sign up for the free Mirror TV newsletter

Speaking to Lorraine Kelly, he said: “I mean, I’ve been filling in for Piers for quite some time now. Since 2017, so around about four years now.

“Piers was meant to go to America last year before Covid, and I was meant to be filling in for him quite a lot last year. But of course, all of that went west because of the virus, and he didn’t go anywhere… well, he did eventually.

“So, those opportunities were shut down but now I have been invited back and I’m loving it. It’s such a lovely team and I get along really well with the other presenters like Susanna and Ranvir and Charlotte – I love working with them.

“Forever is not on the agenda,” he concluded.

“I’m basically just doing what I have done before which is filling in for Piers.

“I know I will be here for another couple of months on and off, into August at least, but beyond that who knows.”

*Good Morning Britain airs weekdays from 6am on ITV

Previous : ‘Straight Love Island is dying a death – now’s the time to let the gays save the day’ – Liam Gilliver
Next : EastEnders fans convinced Tiffany is pregnant after awkward Bernie blunder