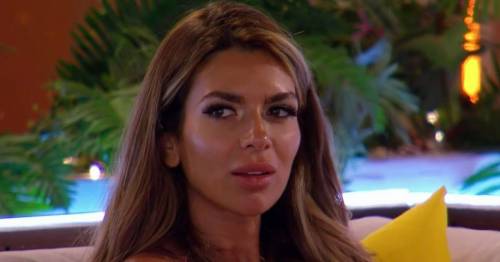 The 27-year-old actress tried to defend her actions after she finally admitted to Davide – and the other islanders – that she had kissed newcomer Jay, confessing she was attracted to him.

However, viewers vented their fury at the Turkish soap star as they accused her of downplaying the kiss, as Ekin-Su and Jay had actually enjoyed two secret meetings on the balcony behind Davide’s back.

“Why’s Ekin downplaying the kiss? What about the day before kiss,” one fumed.

“Ekin-Su why you lying you were never gonna tell him you guys kissed tf is this gyal on man,” another added.

“Why’s she lying to the other girls you kissed him yesterday too,” one tweeted.

“F**K OFF YOU WERE NOT GONNA EXPLAIN YOU HAD KISSED JAY TO DAVIDE,” another fired.

“She defo wasn’t tryna explain that she kissed him,” one wrote.

“ekin su says davide is rude but i swear she kissed jay behind his back, lied to him, manipulated him, guilt tripped everyone to be on her side and hes the rude one…??” an irate viewer tweeted.

Fans were furious she played down her trysts with the newcomer
(

One fan accused Ekin-Su of “gaslighting” the Italian stallion, as they suggested she had tried to trick Davide into thinking he was “in the wrong”.

“Ekin su denied to Davide that she even spoke to jay and now she is saying to the girls that she was ready to admit she kissed him!” another added.

Ekin-Su has had a fall from favour with Love Island viewers, as many have suggested she should have dealt with her attraction to newcomer Jay better, rather than going behind Davide’s back.

Danica stunned the villa with her shock arrival
(

Meanwhile, viewers were left stunned with the arrival of bombshell Danica, who immediately turned the heads of the boys.

In an awkward conversation after the latest challenge, dubbed Sex Sea, Ekin-Su tried to warn the newcomer off Jay, as she complained she needed “older men” in the villa, but Danica ignored her pleas, as she told her “at the end of the day, I’m looking for love”.

But her hopes of a long summer romance with Jay could be dashed as Tasha received a text, warning them that a recoupling was taking place that evening…

Fans 'work out what Gemma did to Luca'