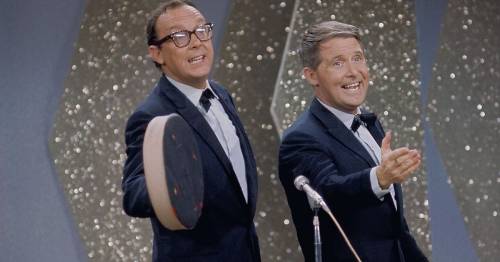 The first Morecambe & Wise Show to air on BBC1, feared lost for ever, has been unearthed after 50 years.

Eric Morecambe’s son Gary found a film of the episode in the attic.

Despite getting 14 million viewers the show, broadcast on October 8, 1970, has never been repeated.

The BBC wiped many master tapes in the 70s including this episode. Only an audio version was thought to exist.

Gary found an unlabelled film can at the family home last year – which turned out to contain the treasured lost show.

Now ITV will air the footage as part of its Lost Tapes series, alongside interviews with Gary, his mum Joan Morecambe and his sister Gail. 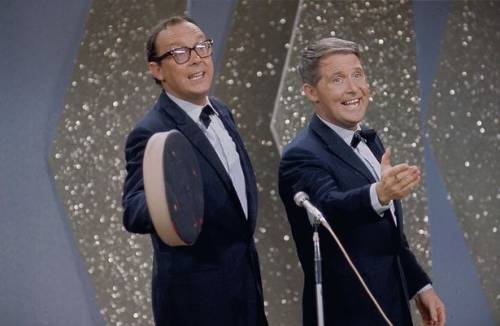 The half-hour special featured a mix of gag-packed routines involving stage curtains, ventriloquism and a toy dog that shoots nerve gas out of its bottom.

There’s even a daring bedroom sketch in which Eric eavesdrops on newlyweds. And they end the show with their
signature song Bring Me Sunshine.

Although the film is the first Morecambe & Wise Show to air on the BBC, the double act had appeared on the station before.

They starred in Running Wild in 1954, but it was a flop and led to the notorious review: “Definition of the week: TV set— the box in which they buried Morecambe and Wise”.

Eric was said to have kept the cutting in his wallet for the rest of his life.

Nowadays many see Morecambe and Wise as Britain’s undisputed kings of comedy, having fronted 175 shows over a 22-year TV career. 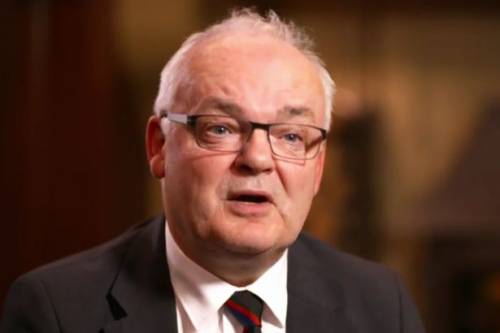 In their 70s heyday they regularly pulled in more than 20 million viewers every week, and their Christmas Special is still repeated every year to this day.

The Lost Tapes features the funniest sketches from the newly-found show.