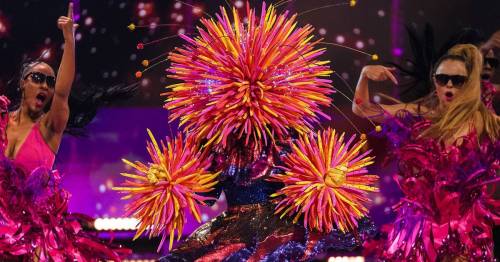 The Masked Singer UK viewers think they know who Firework is on the ITV series.

Viewers suspected it was Pixie Lott under the mask, during the latest episode.

Firework dropped a new song as well as a bunch of new clues, teasing their identity.

As the panel began guessing who they thought was under the mask, viewers took to Twitter with their own suspicions.

From socks featuring foxes to riddles and rhymes, and a random array of letters which spelled out 'Albert' in a square box, the clues suggested it could be someone with a link to EastEnders – after the reference of a "hard man" too.

She also performed Kids by singers Robbie Williams and Kylie Minogue – while fans believed the EastEnders clues were a red herring.

Taking to Twitter, fans began claiming it was The Voice Kids coach Pixie Lott behind the mask, as others suggested Dani Dyer.

One fan said: "Firework is @PixieLott kids is reference to the voice kids she is a judge on."

Another agreed: "Firework is Pixie Lott," as a third added: "Firework has to be Pixie Lott – she judges the voices kids and she’s singing a song called kids."

A fourth wrote: "Fireworks – pixie Lott? The song is called kids and she’s a judge on the voice kids."

Firework performed as one of eight contestants competing to stay on the show, ahead of the next elimination.

Viewers suspected it was Pixie Lott under the mask
(

Previous : Masked Singer UK fans say Doughnuts is ‘painfully obvious’ former footballer
Next : Travel boost for families as kids 12-16 ‘set to get Covid passes in time for half term’