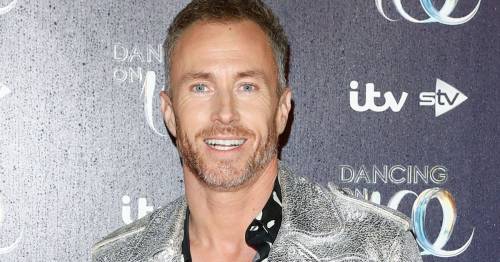 James Jordan has liked a series of tweets linking him with a role in the next series of Dancing on Ice.

A seat on the judging panel had been vacant thanks to John Barrowman 's axing earlier this year and many fans of the ice staking show want the former Strictly professional to take his place.

James, who won the ITV series in 2019, appears to agree with those wanting to see him return to the show – liking multiple tweets from fans calling for him to be signed up by Dancing on Ice bosses.

Following the reported news that Dame Arlene Phillips is set to replace disgraced John on the staking show, James took to Twitter to seemingly confirm the rumours he had been keen to land the gig himself.

Responding to a tweet from the star wishing "old buddy" Brendan Cole well ahead of his stint on Dancing on Ice, one fan wrote: "Wish they’d make you a judge on it James."

James liked the reply, as well as other similar sentiments and tweets from like-minded fans.

Another tweet which got a like read: "You should fill the vacant judges seat you will be brilliant."

Replying to The Sun's headline that claims the former Strictly star is the new Dancing on Ice judge, the Twitter user shared a yawning-face emoji and quipped: "@The_JamesJordan should get the gig he deserved 2 years ago."

Another, who did not tag James into their reply to the publication, wrote: "So disappointed should have been James Jordan ffs."

The Mirror has reached out to representatives for James for comment.

Although nothing has been officially confirmed by Dancing on Ice bosses, it appears that Arlene has beaten off stiff competition to replace shamed John on the ITV show.

His exit from the reality TV series comes after it was reported the 54-year-old star had been accused of repeatedly exposing himself on the sets of other shows.

James was just one famous rumoured to be in the running to replace the former Doctor Who actor – with Spice Girl Emma Bunton also another name touted to join the show.

However, it seems Arlene is the one that's caught the eyes of the ITV bosses and is set to make a return to prime-time TV following her axe from Strictly Come Dancing in 2009.

An insider told The Sun: "The fact that Arlene is a mature woman with decades of experience in the dance world is seen as a huge asset for Dancing on Ice.

"In contrast to what people see as her harsh treatment by Strictly, ITV bosses see her seniority as a brilliant way to create a diverse panel of experts on the show."

The source added "It means the DOI judges are now made of two men and two women spanning an extensive age range."

Previous : Andy Murray’s X-rated one-word message after losing grudge match to Alexander Zverev
Next : BBC lines up eight new major dramas to air this winter – all you need to know