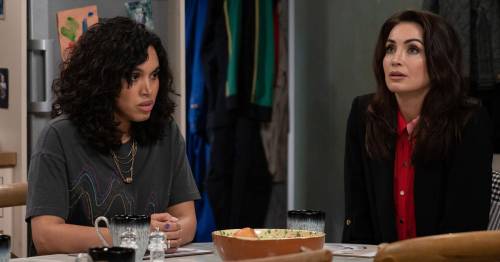 Emmerdale fans may be expecting a quiet week on the ITV soap next week, in the fallout to dramatic stunts and huge episodes.

But they would be wrong, as the show is lining up some equally as big scenes next week too – minus the stunts.

There's a vile racist attack in horrifying scenes, a huge secret linked to a past character and a family at war – not to mention the aftermath of the big scenes airing this week.

Some residents will face tough decisions, as others are forced to make overwhelming confessions.

Here's a look at what is ahead in the Dales next week, and what viewers can expect from their favourite characters…

Emmerdale will air a twist in upcoming scenes, six years on from the death of Holly Barton on the ITV soap.

The character was tragically found dead in her bed by her mother Moira Dingle, after suffering a heroin overdose.

Now, six years on, Holly's story is revisited when it emerges newcomer Suzy Merton knew her – and there seems to be more to it.

It was recently confirmed Suzy also had a link to villager Leyla Harding, which Leyla was desperate to keep a secret. Suzy confirmed they'd known each other for years, before it was revealed both characters were using drugs.

Emmerdale will air a twist in upcoming scenes, six years on from the death of Holly Barton
(

As Suzy and Leyla, having recently gone into business together, head to Moira's home for discussions there's a shock in store.

Suzy inadvertently puts her foot in it when she asks Moira about using the field where Holly is buried, causing Leyla to step in.

After learning of Moira's daughter's death, Suzy is visibly stunned when Leyla points out a photo of Holly in the house. Suzy realises, as shown to viewers, that she knew Holly after recognising her from the snap.

But her reaction is to bolt out of the barn, after some odd behaviour as she repeatedly stares at the photo of Holly before deciding she needs to leave. So how did they know each other?

Who survives the stunt week?

Faith Dingle, her son Cain Dingle and his wife Moira all feature in scenes next week
(

Emmerdale has released spoilers for the episodes airing next week, after its dramatic stunt week.

Few details have been revealed about the fates of characters ahead of deadly scenes this week on the ITV soap, but three characters are confirmed to be alive in the coming weeks.

Faith Dingle, her son Cain Dingle and his wife Moira all feature in scenes next week, which air after the flashforward episodes.

Al is mentioned in spoilers

While Faith and Moira weren't revealed to be caught up in the stunts, it was teased Cain would see his feud with Al Chapman leave lives on the line.

Now, it's known all three characters will survive whatever happens on the show this week. Al is also mentioned in spoilers, so it seems he survives too.

Exact details are being kept under wraps until transmission, but the soap has confirmed fans will see a possible shooting, a car crash and other big goings on.

Ethan Anderson is brutally attacked next week on the ITV soap, as he decides to back out of defending his racist client Jordan.

Amid growing concern about Jordan's behaviour, following his attack on Billy Fletcher weeks earlier, solicitor Ethan agrees he needs to pull out of the case.

But things take a terrifying turn when Jordan harasses him and threatens him, before seeking him out and attacking him when he's on his own.

After launching vile verbal abuse and racist taunts at Ethan at his office, Ethan is relieved when he finally leaves, while he's also shaken.

As Ethan leaves he's much more relaxed after the aggressive encounter, and decides to arrange an evening with partner Marcus Dean to take his mind of things.

What he isn't aware of though is he's being followed bye a rage-fuelled Jordan, who seeks out Ethan while he's on his own in a subway.

Suddenly, Ethan is alarmed when Jordan reveals himself and confronts him about dropping his case.

Ethan tries to cool things, only for Jordan to once again shout racial slurs and it all becomes too much – causing Ethan to tell him exactly what he is.

Jordan responds with violence though by throwing him to the floor, with spoiler images showing him preparing to punch him.

Got any theories or thoughts on the storyline? Let us know in the comments section below.