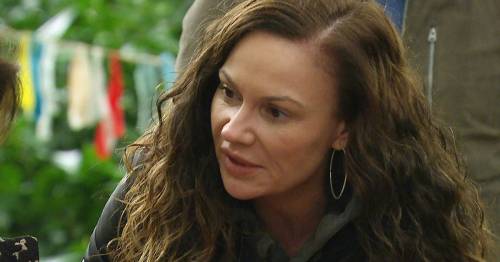 New ITV spoilers reveal that she'll be feeling frustrated and as if her life is spiralling out of control – and that's when she turns to her former arch enemy.

And when the pair share a passionate kiss, Chas takes it one step further and suggests they book a hotel.

However, the next day, her mother Faith struggles with her chemotherapy and collapses and a guilty Chas decides to cut ties with Al.

Overcompensating for her guilt, Chas jumps on board with Faith’s idea for a big knees up to celebrate her husband Paddy’s birthday.

But the unspoken tension is clear when Kerry and Al bump into Paddy and Chas, and Al later admits to Chas he was jealous seeing them together.

Trying her best to act defiant, Chas denies that she has any feelings for him, and the following day, she is forced to suppress her awkwardness as Kerry recounts her night of passion with Al.

With tensions at an all time high, the pair bump into one another on Main Street later that day and end up clashing with one another as they're clearly both jealous of one another’s relationships.

However, Chas is completely unaware that her sister Charity is watching them.

Will Charity suspect something is going on between her sister and Al? And if so, will she use the information to her advantage?