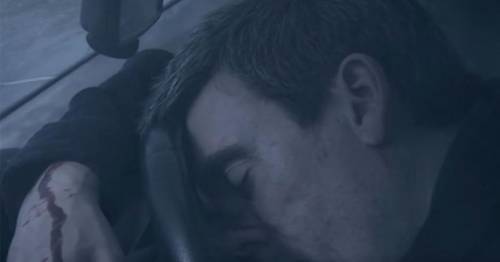 The ITV soap has teased this is one of the most exciting weeks in the soap's nearly 50 year history, and tonight's dramatic episode so no less than Gabby Thomas' gun victim revealed, a terrifying car crash and Noah Dingle start to get his comeuppance.

Producers have kept tight-lipped about the outcome of this huge stunt week, but they did promise a first of its kind stunt, which fans finally got to see tonight as Chas Dingle and her brother Cain Dingle's lives were left at risk in a horrifying car crash.

Noah has been stalking Chloe

During the dramatic episode, the fall out from Noah's stalking of Chloe continued as mum Charity continued with her plans to get Noah away from the village and off to Ireland whilst the heat died down.

Cain was planning to take him away, but when he failed to show up, Charity rushed Noah out of the house and told him to wait elsewhere as Amy wanted to see her in the house and she didn't think it was best for him to still be there.

As Amy took the offer of a drink from Charity, she took the opportunity to steal Noah's laptop and hand it to a waiting Al, who sped off and towards the police station to give the evidence in.

Determined to help his family, Cain followed Al in his car but Chas jumped in too as she insisted he couldn't go after the laptop alone, with Al speeding down the country roads.

When Al turned off the main road, Cain did a handbrake turn with his own car and sent it rolling and into an electricity pole, which crashed down on the car just moments later.

Luckily, Cain and Chas managed to escape, with the help of his arch nemesis Al who freed Cain's foot from the car wreck.

The pair were arch enemies
(

Gabby's mystery 'stalker' who she shot in the woods was also revealed during tonight's episode – and it wasn't her ex Jamie Tate as she thought it would be. Instead, it was revealed to be Will Taylor, Dawn's father.

After accidentally shooting Will, thinking it was Jamie, Gabby rushed back to Home Farm and called Dawn to help her, not knowing who she had really hit with a bullet. They called Dr Liam Cavanagh to help fix his wound.

Gabby shot someone – with it being revealed it was Will Taylor
(

Noah found himself down on his luck as he was pushed into an empty grave by Kerry, as she exacted her revenge. But David Metcalfe was there to help and pulled him out of the grave, insisting the only way it could all stop is if he went to the police.

As he returned home to see his mum Charity, she revealed David had come by and told her what happened with the grave and everything else, as she vowed to help Noah get through it all.

But will she do the right thing and report Noah to the police or will she protect him?

*Emmerdale continues on Friday at 7.30pm on ITV.