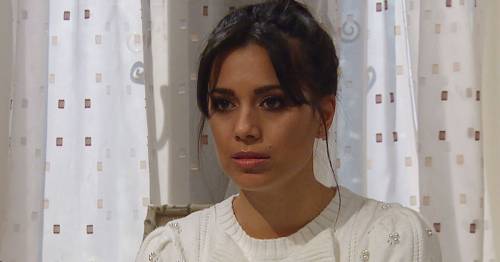 Emmerdale aired a possible hint that Priya Sharma could "save the day" and rescue Manpreet Sharma and Vinny Dingle from death, according to fans.

Priya was helping pal Leyla Harding out at her wedding business where she worked, when a client arrived wanting to look at a venue.

Not happy with how things had been left, she was soon interested when Priya revealed a wedding cancellation meant she could have access to a bespoke barn.

Priya then revealed plans to take the bride-to-be up to the area to have a look around, and this sent fans into meltdown.

They knew that Meena Jutla was currently holding Vinny and Manpreet hostage in a barn.

With Emmerdale filmed in the Yorkshire Dales there are loads of barns around, but that didn't stop fans speculating Priya was talking about the very same barn where Meena was.

They decided it couldn't be a coincidence two barns being referenced in the same episode, as others were joking about the possibility of Priya taking the bride to the death trap.

Priya was helping pal Leyla Harding out at her wedding business, when a client arrived wanting a better venue
(

Priya had said: "So how about a bespoke wedding barn. You will have the whole place to yourself and we provide all the catering and staff.

"How about we call up the barn now and pop in to have a look and see what you think? I am sure you are gonna love it."

As the duo left, fans predicted they might come face-to-face with killer Meena and her victims.

Of course it seems pretty unlikely it will be the same barn, as one fan pointed out it didn't exactly look like a wedding venue – not to mention how Meena would have access to it.

But this didn't stop fans racing to Twitter, hoping Priya would save the day and manage to stop Meena from killing again.

One viewer said: "OH MY GOD! PRIYA WILL TAKE HER TO THE BARN OF DEATH! #Emmerdale Forgive the excitement, it’s been a long storyline."

Another agreed: "I bet that's the barn, Priya was talking about, so she will find Manpreet and Vinny."

A third added: "Waiting for the van to cut out and then Priya to turn up and save the day."

This was echoed by another fan who said: "Waiting for Priya to turn up with the bride to be."