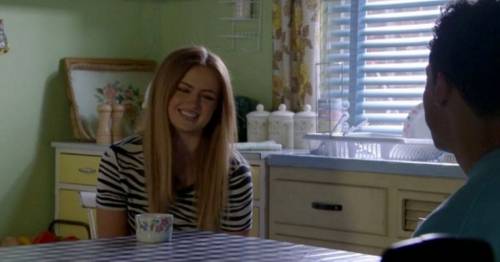 Eastenders fans are convinced Tiffany Butcher is pregnant after spotting a big clue.

During Tuesday's instalment of the show, Tiffany, who is played by Maisie Smith, was seen discussing her future with her husband Keegan.

Tiffany was left in an awkward situation when Keegan, Zack Morris, jumped to conclusions and thought she was expecting after he saw her with a pregnancy test, not realising that it was for his sister Bernie.

Tiffany chose to help Bernie out by buying a pregnancy test on her behalf, but as she was in the shop, Keegan saw her with a test in her hand. 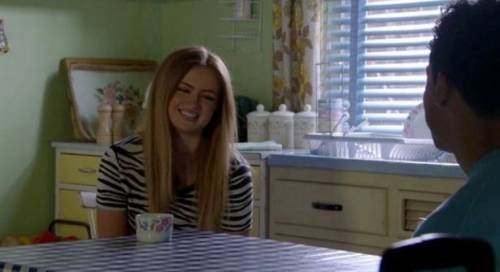 Keegan went home with her while she did it, not realising it was Bernie who was pregnant, not Tiffany, as she successfully became a surrogate for Rainie and Stuart.

Speaking with Tiffany privately, he appeared frustrated that she had kept Bernie's secret from him, telling her: "We are married, we shouldn't have any secrets.

"I can't believe I thought you were the one pregnant."

To which Tiffany asked: "Would you have wanted it? You, me and a little baby?"

"Your looks, my brains," Kegan responded.

But fans of the show seem sure the pair are ready for their next step.

One wrote on Twitter : "Someone's going to get pregnant."

"I love Keegan and Tiffany," added another.

A third commented on Tiffany's maternal side and said: "I love how supportive Tiffany is to Bernie with the surrogacy aww #EastEnders".