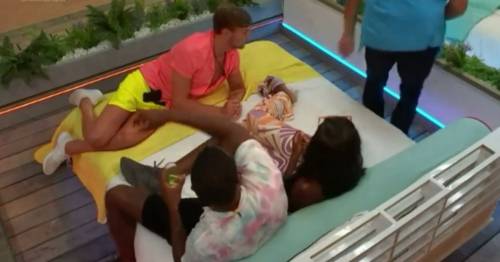 Love Island viewers were left questioning what they had witnessed on Wednesday night, thanks to what appeared to be a major editing gaffe.

An Islander appeared out of nowhere mid-scene, leaving fans startled and rewinding the episode.

Hugo Hammond and Liam Reardon were talking on the day beds with Aaron Francis, after the brutal double dumping of AJ Bunker and Danny Bibby.

But the trio's conversation soon saw another Islander joining in, except she wasn't initially there and literally appeared out of nowhere.

Suddenly as the boys decided to go their separate ways and leave that area of the villa garden, Kaz Kamwi was shown laying on the bed. 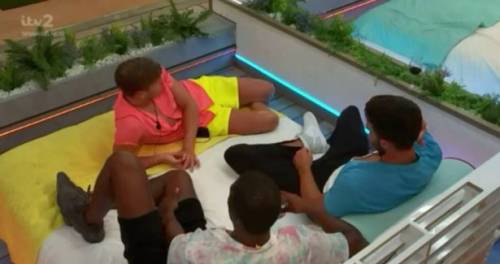 Love Island viewers were left questioning what they had witnessed on Wednesday night, thanks to what appeared to be a major editing gaffe
(Image: ITV)

The fan favourite was sat in-between Liam and Aaron, with close pal Aaron seemingly having his arm around her.

As the boys got up to leave, Kaz remained on the bed and it looked as though she had been sat there the entire time.

But just seconds earlier, Kaz wasn't on the bed and wasn't even in the scene at all.

There was no one sat in-between the two guys, and it was just the trio talking amongst themselves. 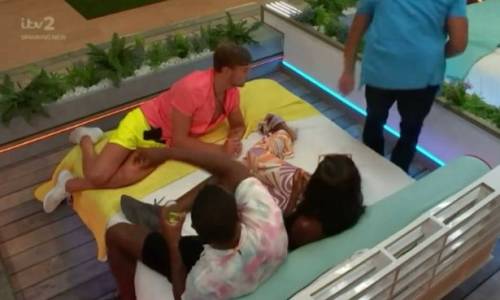 Kaz Kamwi was shown laying on the bed
(Image: ITV)

Suddenly, fans noticed Kaz appearing out of nowhere, with many taking to Twitter in complete confusion.

Noticing the apparent editing blunder straight away, several viewers asked where Kaz had even appeared from.

One viewer commented: "Where tf did kaz come from?" with three crying emojis.

Another said: "I’m sorry, but where did Kaz come from… she was not inbetween Aaron and Liam."

A third added: "Where the hell did Kaz just come from."

Meanwhile a fourth added: "WHERE DID KAZ COME FROM I’M SO CONFUSED."

The comments kept on coming too, with another reading: "Where did Kaz appear from just then in between Aaron and Liam."

A sixth viewer tweeted: "Nahhh what sort of editing?! How did Kaz appear in between the boys like that??"

One further viewer questioned: "Where the hell did Kaz come from. At least try."

Love Island airs every night at 9pm on ITV2 and ITV Hub.