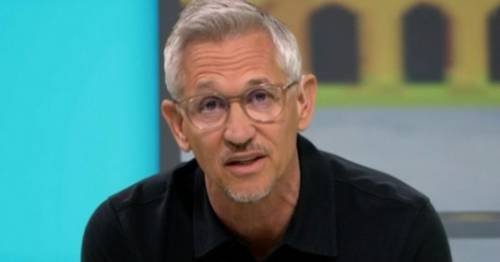 BBC One was forced to end Euro 2020 coverage earlier than planned on Saturday, after a distressing incident during the live Denmark vs Finland match.

The game did return around 7:30pm, meaning two later scheduled shows were ditched in the process.

Denmark midfielder Christian Eriksen received CPR on the pitch, after collapsing during the game.

The footballer was witnessed dropping to the ground after running on the pitch, with BBC coverage continuing in the minutes that followed.

The referee knew something was wrong straight away and flagged for assistance, with medics on the pitch as the footballers around him, including his team mates, could do nothing but watch on in horror.

As many tried to figure out what had happened, the cameras panned back to the BBC studio where hosts Micah Richards, Alex Scott, Gary Lineker and former pro footballer Cesc Fàbregas were discussing the distressing incident. 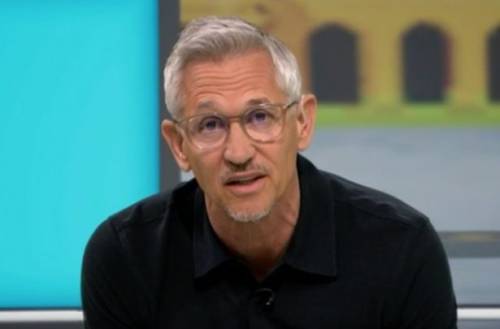 BBC one was forced to end Euro 2020 coverage earlier than planned, after a distressing incident during the live Denmark vs Finland match
(Image: bbc)

Like the crowd, those on the pitch and the viewers watching at home as Eriksen was given CPR, the commentators could do nothing but pray for his recovery with no updates available at that time.

It's then that the show came to an early finish, almost an hour sooner than scheduled, with the match understandably stopped.

After a couple of adverts, an announcer confirmed a last-minute change to the BBC schedule after a "very sad end" to the latest Euro 2020 match. 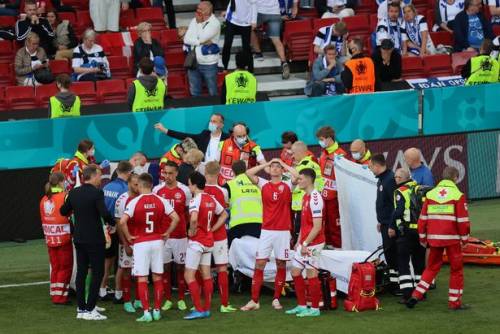 Denmark midfielder Christian Eriksen received CPR on the pitch after a horror incident during Denmark vs Finland
(Image: Getty Images)

Instead, Garden Rescue was aired, with Catchpoint soon following ahead of the normal schedule resuming on the channel.

He said: "A very sad early finish from the football. Instead we have a couple of additions now on BBC One, starting with Garden Rescue."

Later on, the BBC returned to the football as the remainder of the match went ahead following an update on Eriksen's condition.

With the match going on for longer than scheduled too, Danny Dyer's The Wall and fellow BBC show The Hit List were dropped from the BBC One line-up for the evening.

Prior to this, UEFA confirmed that, following the incident, Eriksen had been stabilised and taken to hospital. 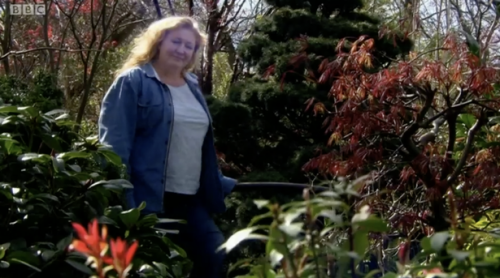 Instead, Garden Rescue was aired

In a statement, they said: "Following the medical emergency involving Denmark’s player Christian Eriksen, a crisis meeting has taken place with both teams and match officials and further information will be communicated at 19:45 CET.

"The player has been transferred to the hospital and has been stabilised."

Denmark also released a statement, confirming a further update on the fixture would be provided.

They said: "Christian Eriksen is awake and will have further examinations at the hospital. The match is temporarily postponed. New message comes at 19.45."

Previous : Alex Scott chokes up on air after Christian Eriksen receives CPR on Euros pitch
Next : The DOJ has a plan to protect voting rights. It might not be enough.