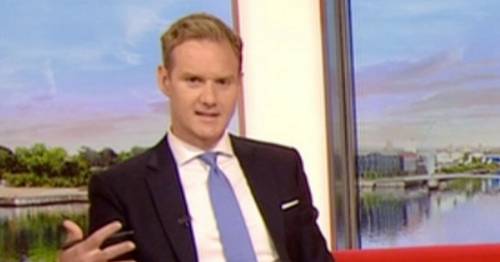 BBC Breakfast was thrown into chaos when the clock went missing during Tuesday's episode.

The famous timestamp, which usually sits in the bottom right hand corner of the screen throughout the programme, disappeared for the whole programme yesterday, leaving fans very confused.

However, the technical blunder was corrected and the TV clock was back for today's episode.

As hosts Dan Walker and Louise Minchin apologised for a microphone issue during this morning's show, they took a moment to thank viewers for their patience during the previous episode as they celebrated the clock's return.

"By the way, talking technicals, the clock's back," Dan said, delighting viewers and his co-star Louise. 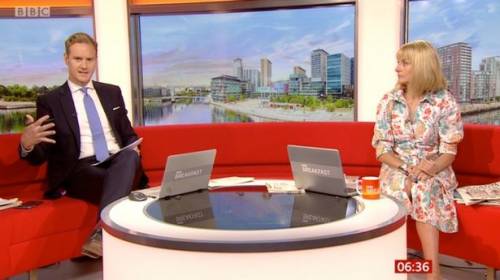 Fans were thrilled to see the clock return on Wednesday morning

To which Dan replied: "We spent the entire day without the clock yesterday, which caused all sorts of issues, and thank you for all your messages…

"And apologies if anybody was late for anything because of the lack of the clock."

Viewers had spent the whole of yesterday's show lamenting the loss of the famous clock and were thrilled to see it return on today's show.

One wrote: "Yay for the clock #clockisback."

"lol @BBCBreakfast you have a clock today! #BBCBreakfast," another added.

A third shared: "Morning, nice to see the time stamp back." 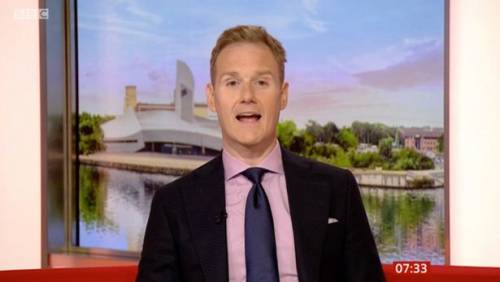 Dan was forced to use a traditional clock to tell viewers the time
(Image: BBC)

On this morning's show, Dan made a public apology to those who might have been lost without the clock.

"Apologies if anybody was late for anything because of the lack of the clock," he told viewers.

During Tuesday's episode, the pair had clocks with them on the sofa, which they regularly showed to the camera to reveal the time.

Dan told Louise: "We don't need our clocks on the sofa now." 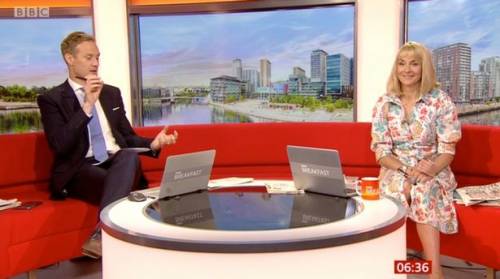 To which she replied: "I know it wasn't a battle, but I think my clock won."

As she returned to the show this morning, Louise even joked about #clockgate yesterday.

"Morning, another hot day today and we have lots of tips about how to cope in the heat, for you and your pets and also how to stay safe in cold water. #BBCBreakfast oh and the clock is back thank goodness," she wrote in a tweet.

Dan even drafted in BBC Radio 2's host Zoe Ball for help with the missing clock.

"We’ve lost our onscreen clock Zoe and it’s causing havoc. Have you got a spare one at @BBCRadio2?" he penned on Tuesday.

The pair joked about their traditional clocks as they asked viewers to vote which kind they preferred.

"We've gone kind of old-style and new-style and you can have the vote at home which one would you like us to keep for the rest of the programme until we actually fix the clock."