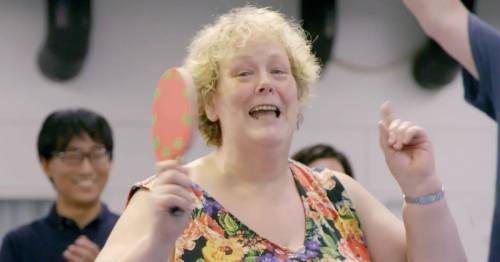 Anne Hegerty’s life off The Chase – sex life, brink of homelessness and net worth

Anne Hegerty is better known as the fearsome Governess – but her real life is very different to her character on The Chase.

The ultimate quizzer sends shivers down nervous contestants' spines when she walks out into the studio and is rarely beaten.

Anne has a very impressive 82.4% win percentage, 100% accuracy in 23 shows and the highest amount of cleans sweeps (not getting a single question wrong) in the Final Chase.

But before presenter Bradley Walsh gave her the hilariously brutal nickname 'Frosty Knickers', life was very different for Anne.

The Chase star has been very open about her personal life, particularly during an appearance on I'm A Celebrity in 2018 where viewers saw a completely new side to her.

Here is a look at Anne's life away from the cameras.

Job before The Chase 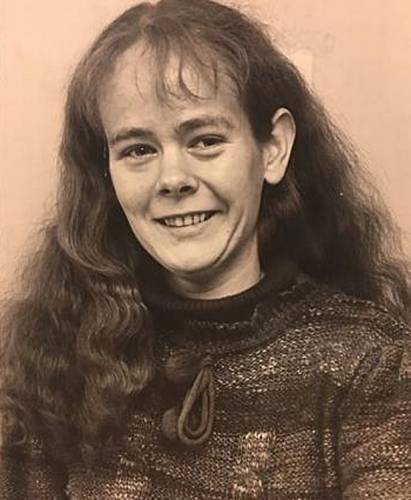 Anne Hegerty, pictured in 1983, used to be a journalist
(Image: South Wales Argus)

Anne makes the headlines now – but she started her career as a journalist writing the stories.

The Governess worked as a reporter and features writer for the South Wales Argus until she moved to Manchester.

She also had a secret career as a ghost-writer, writing two books under the name of author-illustrator Richard Scarry – with his permission of course.

Before getting into the quizzing scene, Anne had a pretty rough time and was once on the brink of becoming homeless.

She was then a freelance proof reader, living in a council house and was struggling to keep on top of her accounts.

"I just simply couldn't keep it going and the result was I wasn't paying my bills, but I was trying not to go on benefits on the grounds that I just thought that was sort of giving up. I wasn't giving up," she told Stuff.

Anne was then put on the Disability Living Allowance and, with the help of a social worker, learned about the 'high level quizzing circuit'.

Soon Anne's passion for questions and answers took over and she made appearances on Mastermind, Fifteen to One, Today's the Day, Are you an Egghead? and Brain of Britain.

The two time Brain of Bolton winner also helped pal Lisa win £75,000 on Who Wants to be a Millionaire? in 2010 as a 'phone a friend', correctly guessing the right answer to a Twilight question.

In October 2016, Anne was ranked 55th in the World Quizzing Championships, which put her in second place for all women. 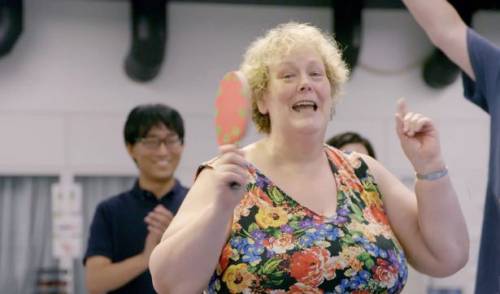 Anne has spoken openly about her romances

Somewhat surprisingly, Anne has actually been pretty candid about her past relationships and sex life.

She has ruled out settling down in the future and decided she doesn't need to be with a partner.

Speaking to The Sun on Sunday in 2019, Anne said that she has tried dating in the past but thinks having Asperger's syndrome would make it "unfair" on her partners.

"It took years of psychotherapy before I even considered dating. I lost weight, replaced my glasses with contact lenses and felt a lot more confident. But I find it really hard to hold down a relationship," she said.

Opening up about her past, Anne says her longest relationship lasted several months but said the sex failed to match up to her expectations.

"The longest was with a man I met at the Mastermind Club. I’d fancied him for years and we were together for four months,” she said.

"And sex was always better in my head, I felt like I was somewhere else while it was happening… It made me realise I needed space both mentally and physically in life, and I can’t make it work," she explained. 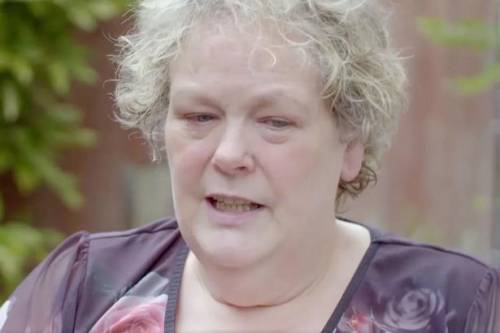 Anne shared on her love life in The Chasers Roadtrip

During The Chaser's Road Trip, which aired on ITV earlier this year, Anne opened up about being single and her previous relationships.

"One of the things that really goes along with autism, I really can't hold down relationships. I've tried," she explained.

"My longest relationship ever was four months and that only lasted that long because he lived in Brighton and I lived in Manchester.

"He was a lovely bloke but I'm just not good with the sort of amount of attention that people need."

Anne has now fully given up on relationships as being single is "brilliant" and advises friends in bad ones to just be on their own.

"I still get attracted to people, but there’s no point in pursuing it," she said.

"Quite apart from the fact that I’m probably not his type… I’m going to leave him very baffled and wondering what he’s done wrong. I love being isolated. 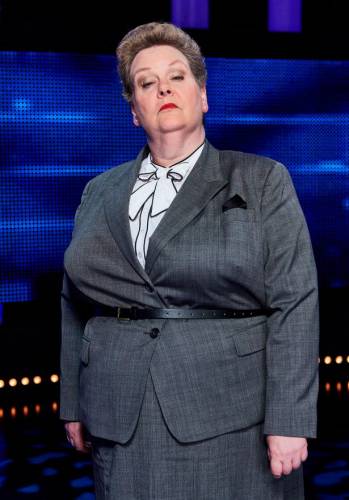 Anne is The Governess when she appears on The Chase
(Image: ITV)

Anne joined The Chase in 2010 and took on the role of the fearsome 'Governess', quickly becoming fan favourite and is currently the joint-top record holder with The Sinnerman.

As well as taking down opponents on The Chase, Anne has been scaring and entertaining audiences in pantomimes including Dick Whittington and Sleeping Beauty.

Anne headed down under for I'm A Celebrity…Get Me Out of Here in 2018 – enduring many horrible challenges and finishing in seventh place.

The Chaser showed a very different side to herself and bravely speaking about being diagnosed with Asperger's at the age of 45. 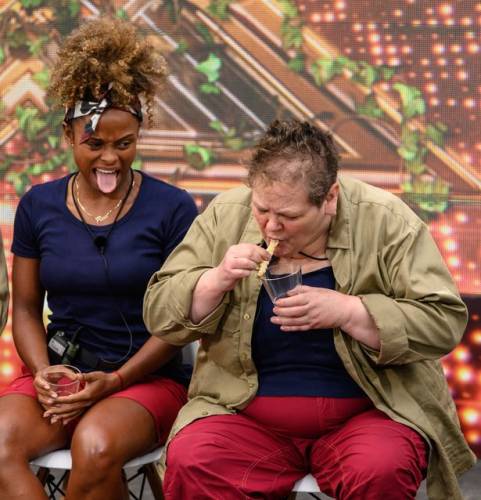 Anne had to do some vile trials on I'm A Celeb
(Image: James Gourley/REX/Shutterstock)

During her time in the I'm A Celebrity jungle, Anne opened up on her hoarding habit.

In a frank conversation with former EastEnders star Rita Simons, Anne said: "There are things, I mean if you saw my home you’d know there was something very wrong."

When asked directly if she was a hoarder, Anne replied: "Absolutely and messy. An OCD person would not like my house. It’s just sort of… I just get overwhelmed by all the things there are to do, I’m like, I have no idea."

Anne has since told OK! that being in lockdown over the last 18 months really helped combat her hoarding habit.

"I’ve had so much time to get things sorted, and I’ve been cooking proper food," Anne explained.

"People have thought I must be struggling during this time because people with autism like routine and structure, but for so many years I found it hard to develop a routine with my job.

"Every day can be different and filming can require me to be out and about. With this, I can finally impose my own routine." 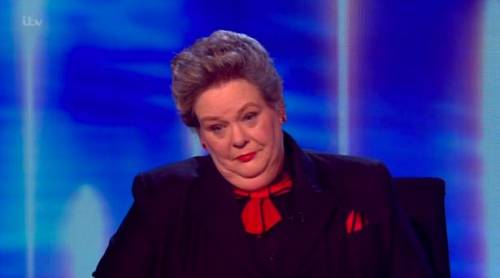 Anne is a much-loved TV favourite and has appeared on a number of shows aside from The Chase.

So it won't come as much of a surprise that she is worth millions.

Exactly how much she took home from her I'm A Celebrity stint is unknown, but PR specialist Ed Hopkins told The Sun the figure could be tens of thousands.

"Anne is a household name with a demographic who watch I’m a Celebrity," he explained.

According to Celebrity Net Worth, Anne is said to be worth a whopping £2.3 million.

Do you have a story to share? Email webfeatures@trinitymirror.com.

*The Chase airs weekdays on ITV at 5pm