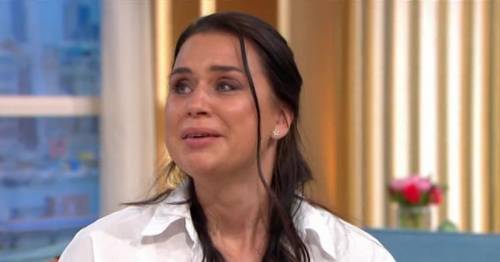 This Morning viewers were left horrified after Friday's instalment of the ITV show after CCTV footage saw an adorable puppy being snatched from a car.

Viewers watched in horror as a owner of the adorable Poodle named Milo broke down in tears while detailing the devastating way her beloved pooch was stolen from her.

Before the interview even began, the devastated dog lover was in floods of tears as she begged This Morning viewers to come forward with any information about the people who snatched her dog away from her while she was shopping.

The tearful This Morning guest explained that she had just pulled into a North London carpark of a shopping centre and departed the car for a number of minutes when the puppy snatchers made their move.

Comforted by hosts Alison Hammond and Dermot O'Leary, the devastated guest looked away when the CCTV footage showed her beloved Milo being taken from the car.

"Milo was my daughter's 11th birthday present as a surprise," she explained.

"We are still waiting for him at home. He is such a lovely dog. He was stolen from our car – we had only left him for a couple of minutes.

"We went to the Cash and Carry, and we left her and they took her from the car. They must have been watching us."

After explaining her story, This Morning viewers watched in horror as the harrowing CCTV footage saw the adorable dog being taken from the car and shoved into a van.

Taking to Twitter, they shared their emotional reactions after hosts Alison and Dermot choked back tears.

"You have to be a certain kind of evil to steal a beautiful puppy like that. My day is ruined after watching that," one viewer fumed.

The dog owner was in tears for the whole interview
(

"That poor woman. Anyone who would steal a dog deserves to go to prison," another raged.

"I hope they find Milo and get him back," someone else added.

Meanwhile, a fourth tweeted: "Praying they get their lovely dog back. So sad."