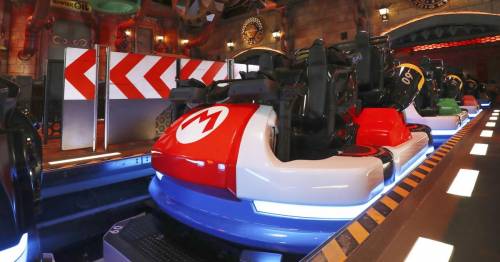 Ever since Universal announced it was opening a Super Nintendo World complete with a real-life Mario Kart ride, we've been waiting for a glimpse of the exciting new attraction.

Now the Mario inspired land has opened at Universal Studios Japan, and guests have finally been able to check it out.

But the theme park hasn't forgotten about those of us who can't go on a trip to Japan right now – so they've shared a new video POV tour of the Mario Kart: Koopa's Challenge ride to offer a taste of what will be on offer!

Riders sit in life-sized Mario Karts and race along the track, wearing Augmented Reality goggles that immerse them into the game. (Meanwhile, high-tech effects mean you can throw shells and take out opponents to claim the cup!).

While obviously the new video doesn't offer the AR experience, it does still give a pretty great look at the overall experience. 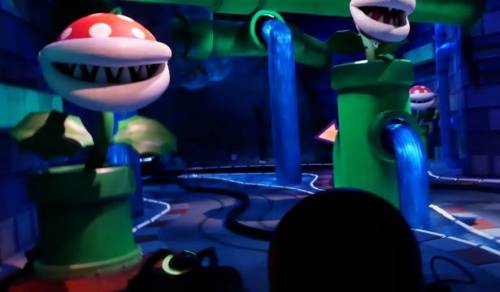 Four riders sit in each Mario Kart vehicle and race along the track which has heaps of obstacles from Piranha Plants to Unagi eels, with various parts of the track replicating some of the beloved classic courses from the game whether you're underwater or exploring Bowser's Castle.

There's even a dreaded – or beloved, depending on your skills – Rainbow Road.

(There's a reason this is one of our top picks of the best new theme park rides for 2021 ). 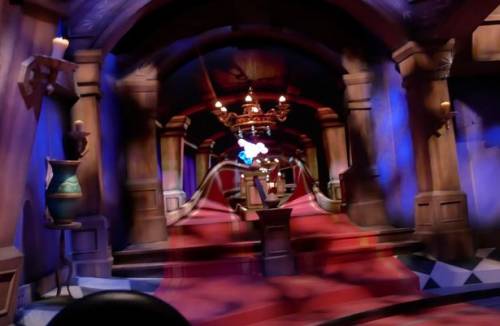 Mario Kart: Koopa's Challenge isn't the only ride that will be on offer. For families with younger children, Yoshi's Adventure is sure to appeal – on this attraction, visitors climb onto Yoshi's back and follow Captain Toad on a treasure hunt, in search of the Golden Egg.

Meanwhile the whole land itself is interactive. Guests can purchase Power-Up bands which they can use to take on challenges across the park such as punching blocks and playing games to collect coins, to finding hidden surprises around the park. 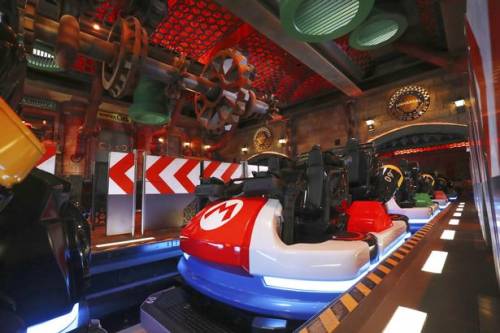 We've got a Super Nintendo World guide including everything we know about the park so far if you're looking to find out more.

You can also find more information on the Super Nintendo World website. 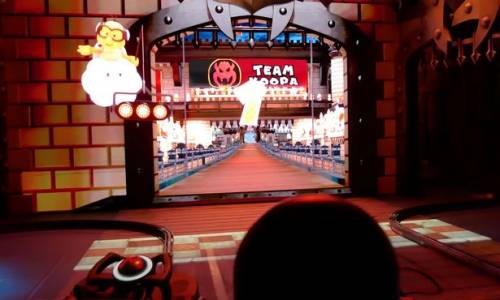 The whole ride looks like so much fun
(Image: Universal Parks News Today/Youtube)

Currently Brits are banned from international travel alongside national lockdowns across the UK, not to mention that Japan has closed its borders to foreign nationals at the time of writing, so a trip to the theme park isn't on the cards any time soon.

However, it doesn't hurt to dream about where we'll go the day that restrictions do lift – and we'll be keeping an eye on the Foreign Office's Japan travel advice for any updates.

Are you adding the new Mario Kart ride to your bucket list? Let us know in the comments below…

Previous : Etihad Airways is first airline to have vaccinated all of its pilots and cabin crew
Next : Thailand now offers tourists the option to spend their quarantine on a yacht