The Vulgarity and Vulnerability of “Dave” 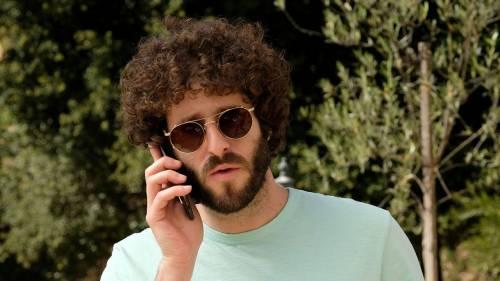 On the début episode of the FXX dramedy “Dave,” the finale of which aired on Wednesday, Dave Burd, a mild-mannered, curly-haired rapper in his late twenties, is at the doctor’s office. He has been noticing some bumps on his groin area that he thinks should be looked at. Could he be suffering from herpes? First off, though, he has something to tell the doctor. “I just have, like, a very bizarre situation,” he says. He was born with a tangled urethra, and as a newborn he had to have an operation on his genitals, so “as a result there’s so much scarring down there.” The surgeon, he thinks, also had to take some skin from his testicles, which is “more chicken-skinned, or ribbed,” and graft it onto his penis. This means, as Dave says to the nonplussed doctor, that “my dick is made of balls.”

Burd’s monologue seems to position “Dave,” from its start, within the gross-out comedy tradition of the “National Lampoon” movies and “American Pie”—entertainment that solicits viewers’ laughter by depicting a man’s appendage as a site of both need and humiliation. These are areas that Burd has been mining since 2013, when he first achieved viral fame on YouTube as the satirical, and satirically named, rapper Lil Dicky. His first hit, “Ex-Boyfriend”—which gained more than a million views within twenty-four hours of its posting—recounted his reluctance to have sex with his girlfriend after running into her chiselled, well-endowed one-time paramour. But “Dave,” which is based fairly closely on Burd’s path in the rap world, goes further than a mere crude joke. (Burd is not just the show’s star but also a writer and co-creator, along with Jeff Schaffer, who has worked for many years on smart, anxious sitcoms, such as “Seinfeld” and “Curb Your Enthusiasm.”) The show follows Dave—a Philadelphia-born, Los Angeles-based upper-middle-class Jewish guy—in his attempt to find fame and respect as a rapper, rather than accept his station as an Internet curiosity who is beloved by frat boys and mocked by the hip-hop community.

At the show’s start, Lil Dicky is already known for his YouTube rap hit “My Dick Sucks,” which includes, among its lyrical highlights, the lines “Even though my dick is shoddy / it sit there like it’s gaudy / and it do good work like Gandhi.” But this type of sweaty, sophomoric energy serves largely as an animating ruse, a kind of honey trap for dirty-joke lovers: beyond it, “Dave” ventures into surprisingly sincere, sensitive reflections not just on masculinity but also on race, class, love, and ambition. As I watched the show over the past several weeks, I was impressed by its ability to consistently and satisfyingly arrive at an amalgam—not easily achieved—between vulgarity and vulnerability. Like another recent favorite of mine, Netflix’s animated puberty comedy “Big Mouth,” or the early seasons of HBO’s “Girls,” “Dave” is proof that dealing in sexual humor doesn’t necessarily mean sacrificing deeper explorations of feeling.

“Everything I say about my penis on the show is real,” Burd, who is now thirty-two, told me from his Los Angeles-area home when I interviewed him recently, over Zoom. “Finally talking about it was like getting a monkey off my back.” During our conversation, Burd spoke freely and good-naturedly about a wide variety of topics, among them his O.C.D. as a teen (he felt that the only way to keep his loved ones from dying was by dedicating elaborate daily rituals to a deity he named Spirit Chief) and his gratification at having black fans (“I can’t help it—it makes me happier than having white fans”). The show, too, feels like a humorous but frank unburdening. In Episode 3—one of the season’s best—Dave’s girlfriend, Ally (Taylor Misiak), wants him to express his desires more openly in bed. He, in turn, is laser-focussed on manipulating the room’s lighting to keep the whole truth about his genitals from her. In secret, he seeks abject release with a torso-less “Fuck Me Silly III” sex doll, whose orifice he cleans with a twig wrapped in toilet paper. When he is found out by Ally, he breaks down, admitting that their sex life is hemmed in by his “life’s work” of making sure she doesn’t ever really see his penis. (“I love you; I love it,” Ally responds, after Dave finally allows her to look at him naked.) What could have been just a repulsive gag pivots skillfully into an exploration of shame and the repercussions it can have on intimacy.

In the course of the episode, whenever Dave ejaculates, the camera pans over to a poster of the rapper Drake, grinning knowingly from the bedroom wall. (As a half-Jewish Canadian, not to mention a former teen actor, Drake has been dogged by persistent accusations of softness. But, compared with a white, suburban YouTube personality like Lil Dicky, he is clearly as hard as they come.) Dave yearns to be taken more seriously by the hip-hop community, and to gain clout among black audiences, and the show is clever and honest about portraying this attitude. Before he became a rapper, Burd told me, his goal was to make it in comedy. “I was always a huge rap fan, and I realized that rap was one way to get noticed as a comedian, because the space was wide open. There was basically just Lonely Island,” he said, referring to the “S.N.L.”-adjacent comedic rap trio. “So I swung hard.” Lil Dicky’s earlier real-life forays into the genre did often feel like gratuitous provocations. In the song “White Dude,” for instance, which feels like a fratty indulgence, he complains about not being able to say the N-word and expresses relief that he’s not black or a woman. Burd told me that he took “White Dude” off his YouTube channel because he finds it “embarrassing” now. “I was living in a white middle-class bubble,” he said, “without much understanding of the larger context of race relations in America.”

By retreading and lightly fictionalizing Burd’s path, “Dave” gives us a wider lens through which to view what it means, as a person of privilege, to insert oneself into a culture that is not one’s own. When Dave meets the dreadlocked, South Central-born GaTa, who recognizes him as “the YouTube rapper with the small dick and all that,” he is ecstatic. “You have no idea how happy this makes me,” he tells him. “I live my entire life trying to impress people of your . . .”—he pauses for a long beat—“pedigree.” (GaTa, who eventually becomes Dave’s hype man, is played by Burd’s real-life hype man, Davionte Ganter.) What saves moments like this from being mere jokey gestures is not just the show’s straightforwardness in acknowledging both Dave’s nerdy white middle-class fascination with—and experiential distance from—black hip-hop culture but also its commitment to making GaTa a fully rounded character. The show’s fifth episode, one of its most affecting, focusses on GaTa’s bipolar disorder (a condition that Ganter has also been diagnosed with) and its intersection with his frustrated dreams of rap stardom. “I don’t get paid to be calm, bro—I’m a hype man, you feel me?” GaTa says in one flashback, as his manic antics get him thrown off the tour bus of the rapper Pacman Da Gunman. Later on, in another flashback, a harrowing breakdown in a shoe store gets him hauled off to the hospital. He, too, is able to unburden his mental load when he finally confesses his struggle to Dave. “I never tell nobody this type of shit, bro. Never, ever. This shit is embarrassing,” he says.

Still, the show never becomes overly kumbaya. The finale opens with a nine-minute-long Lil Dicky rap video, which portrays his misadventures after he is jailed for exposing his balls onstage. The song gets Dave in trouble with his record label, which deems its flippant tone about the racism of the criminal-justice system too problematic. Upset that his creative freedom is being stifled, Dave books a visit on Charlamagne tha God’s Power 105.1 radio show, “The Breakfast Club,” where he intends to début the new single, against the wishes of the label. Once he’s on the show, Dave is immediately put in the hot seat about his choice, as a white rapper, to have a black hype man. “Is that cultural appropriation?” Angela Yee, Charlamagne’s co-host, asks Dave, catching him off balance. “I’m wondering now if it is or not,” Dave says haltingly. “Just right now, at this moment, a white rapper is wondering if what he’s doing is cultural appropriation?” Charlamagne asks, in disbelief. “Here’s what I’ll say,” Dave finally answers. “If having GaTa be a part of my rap career is in fact cultural appropriation . . . then I really don’t have regrets. I know that’s a bizarre thing to say, but he’s, like—I got, like, one of the best friends I’ll ever have out of it, so, like, I would do it again. I love this man.”

Yee seems not entirely convinced. “Hashtag relationship goals,” she says, a little sarcastically. And, really, why should she be? Dave’s response isn’t necessarily meant to be the last word here; it’s another remark in an open-ended discussion, and another difficult moment in a work of self-examination. In the end, Dave decides not to premiere “Jail” on “The Breakfast Club.” But, of course, we, the viewers, have already seen the video, and so we get to engage in the critical pursuit of deciding for ourselves how far a white artist can go, in the context of a racist society, when pursuing a traditionally black art form. In this, the show extends the offer of unburdening and self-examination to its viewers.