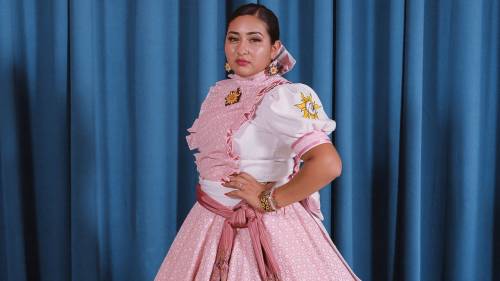 The Style and Swagger of Charrería, Mexico’s National Sport

For the children of immigrants, the countries that their parents left behind sometimes exist more as myths than actual places—things that we hear about but don’t experience can take on a fantastic dimension. Later, in adulthood, those myths often materialize into poignant yearnings, becoming stones carried in our shoes, or half-formed relationships demanding to be made whole. The photographer Carlos Jaramillo, a first-generation American born to a Mexican mother and a Colombian father, has in recent years sought to fill in the spaces of his identity that his parents intentionally left blank. “To them, leaving their countries is a big victory, and because of that idea, they held us back from understanding our roots,” he said. Jaramillo was twenty-four years old when he visited Mexico for the first time. The commitment to American assimilation that he had in his early youth faded, and he began to explore a sort of third place: the flux that exists between two cultures. 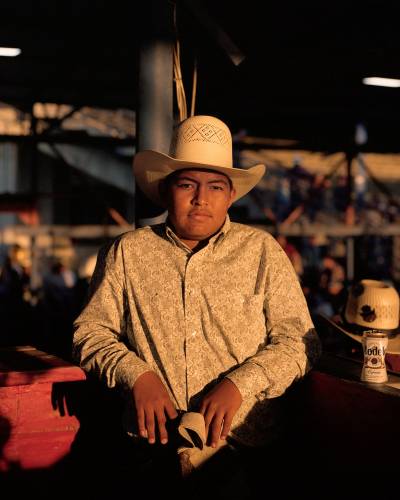 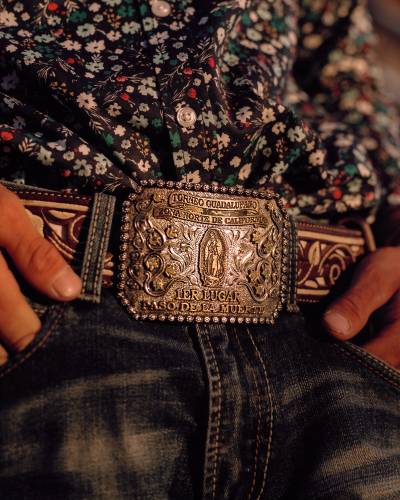 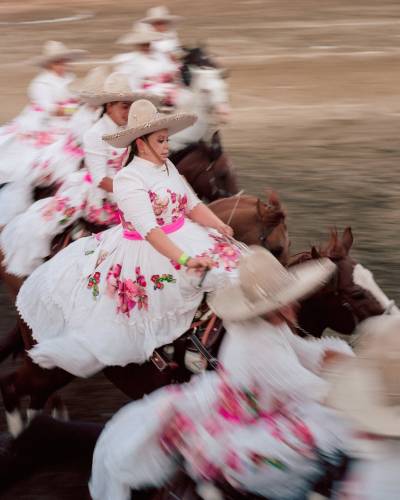 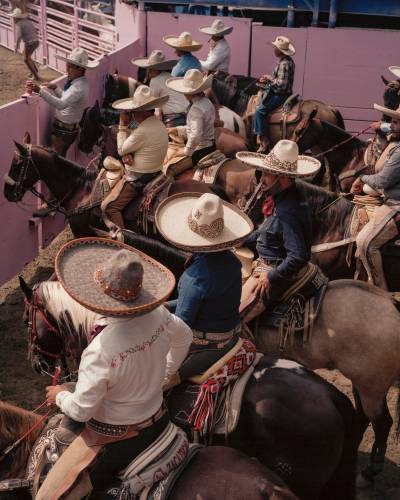 It is a place that resists neat delineations. Far from ameliorating his feelings of otherness, approaching Mexican culture has often left Jaramillo with an even more palpable sense of distance. His recent photo series, “Tierra del Sol,” came about after he attended, for the first time, a five-day charrería event in Pico Rivera, outside of Los Angeles, where he moved two years ago, at the age of thirty-one. Charrería, akin to rodeo, is as much an aesthetic performance as it is a display of athletic prowess: in the traditional Mexican sport, men and women, dressed in elaborate costumes reminiscent of Mexico’s post-Revolution era, mount horses and flaunt their equestrian skills. 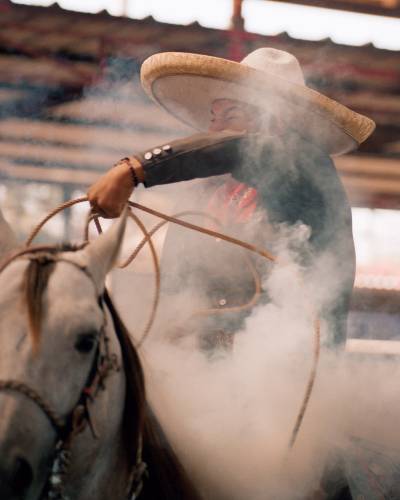 As he became immersed in the subculture surrounding the sport, Jaramillo felt out of place. “Even though I speak Spanish, the first day I was there, talking to people, I realized I did not fit in,” he said. “So how do I respectfully work my way around this space, where I’m not just this outsider trying to take something from them?” 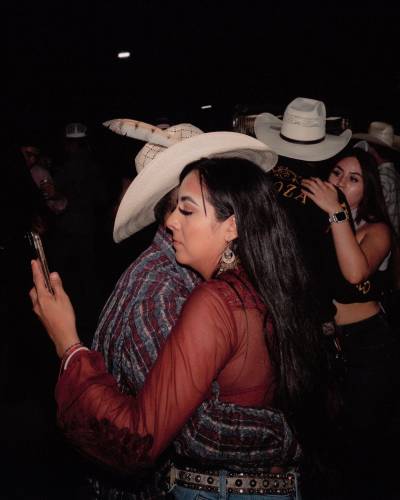 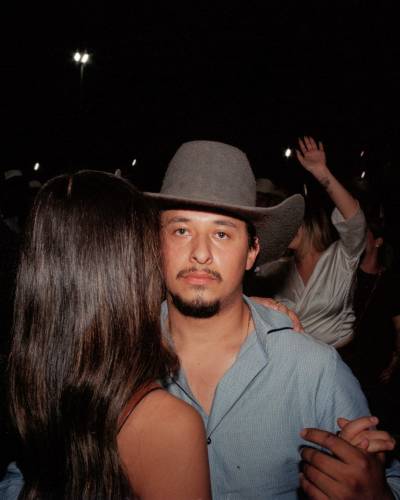 Some photographs in the series are candid action shots: motion-blurred horses, mid-gallop, carrying dapper silhouettes; a pair of vertiginous brows, arched in exertion and framed by a tan sombrero, a forearm, and the swell of rising smoke. Others render interludes between performances. Pictured from the back, the lithe figure of a boy sits, insouciant, atop a railing that surrounds the hippodrome. Braces hold together the grin of a young girl on a saddle, her dress a mint-green undulation. 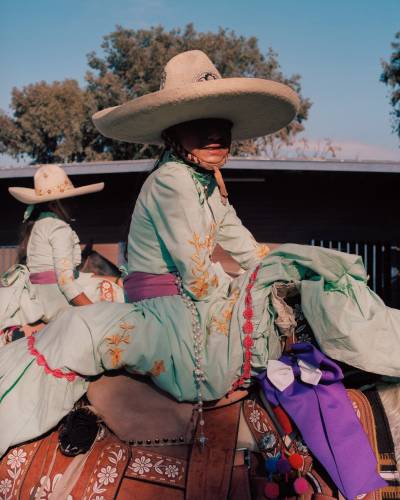 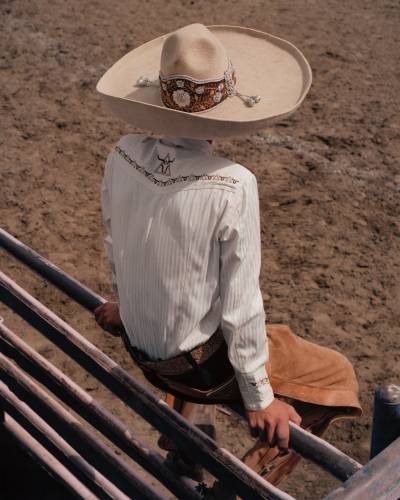 Jaramillo was riveted by the outfits and attitudes of both the audience and the performers and attempted to capture their idiosyncratic flair through his lens. But his subjects, engulfed by a chaotic scenery, eschewed the focus he sought to give them. The organizers of the event agreed to give Jaramillo access to a private room, and there, on his second day, he set up studio lights, mounted a cerulean background, and invited people to pose. 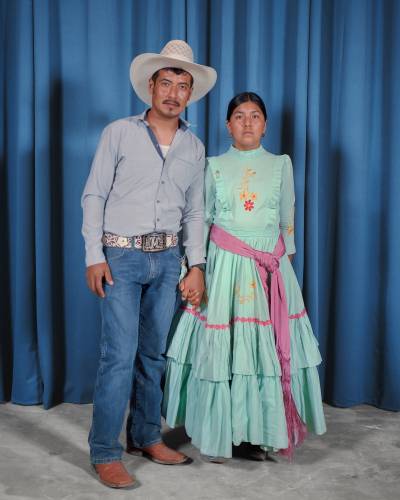 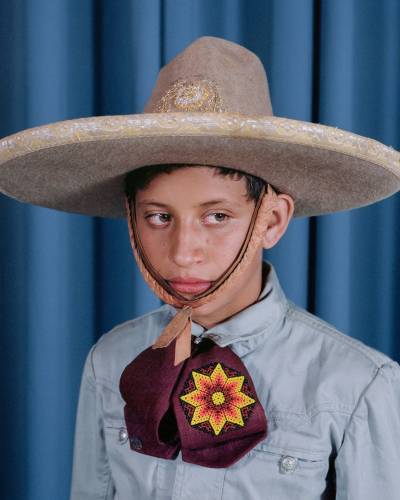 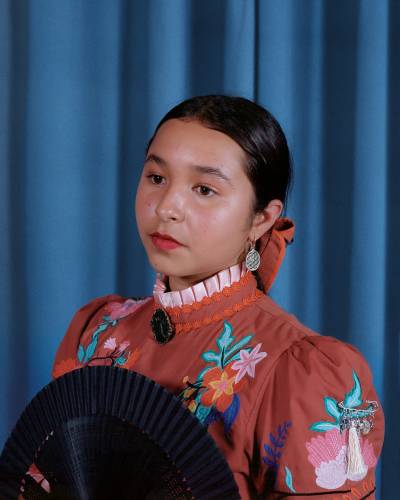 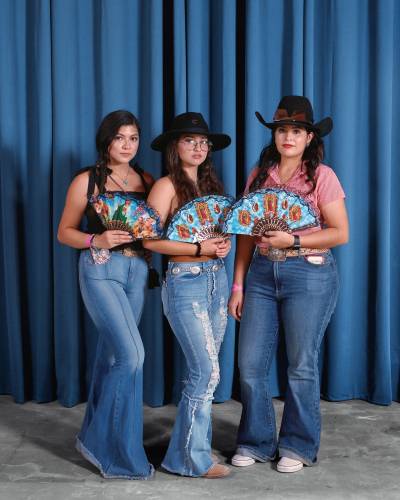 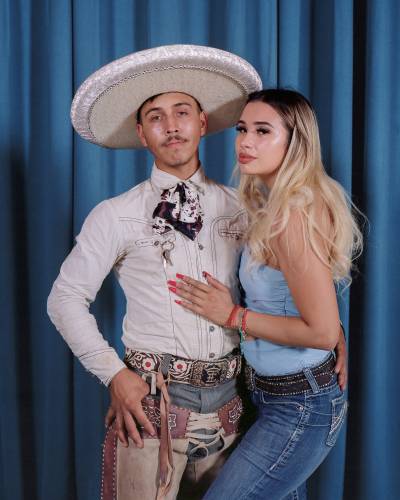 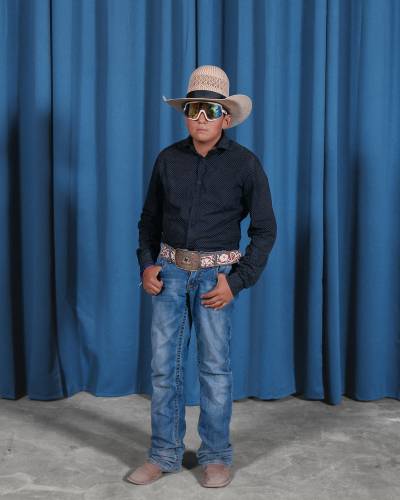 One gets the sense from the resulting portraits that there was more at stake for the photographer than simply capturing a likeness. A father and daughter stare down the camera in solemnity; closeups of teen-agers spotlight a tension between their youth and their anachronistic attire; a couple stands, resting their hands softly on each other, her lashes hefty wisps above half a smile. Implicit in the gaze of those pictured is not only Jaramillo’s presence behind the lens but his pursuit of connection to a culture that he is still seeking to understand. 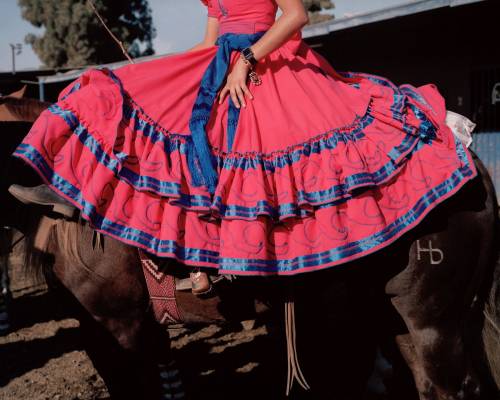 Previous : BeReal and the Fantasy of an Authentic Online Life
Next : Jacob Rees-Mogg dismisses 100 Partygate fines as ‘non-story’ in TV clash