The Pandemic Is the Time to Resurrect the Public University 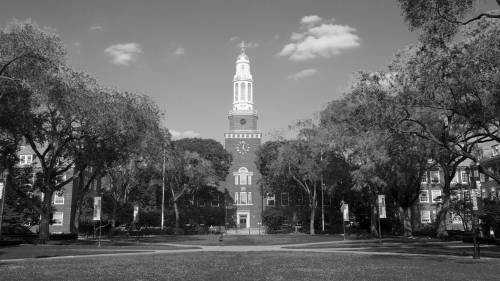 Since the coronavirus pandemic reached the East Coast, at least twenty-three students, faculty, and staff of the City University of New York have died. According to data compiled by CUNY professor Michael Yarbrough and undergraduates in his research colloquium, sixteen of these deaths were caused by COVID-19. They include William Helmreich, a distinguished sociologist who walked virtually every one of New York City’s hundred and twenty-one thousand blocks; Anita Crumpton, a graduate of City College, who was an office assistant at CUNY’s Graduate Center for two decades; and Joseph Dellis and Yolanda Dellis, a couple who met at a bowling alley almost forty years ago and worked at Kingsborough Community College. The cause of the remaining deaths has not been announced.

CUNY is the largest urban public-university system in the United States. Its twenty-five campuses span the five boroughs. One of the campuses, where five of the faculty and staff who died of the coronavirus worked, is Brooklyn College. I teach there.

The New Yorker’s coronavirus news coverage and analysis are free for all readers.

It seems likely that no other college or university in the United States has suffered as many deaths as CUNY. Yet, aside from an op-ed by Yarbrough in the Daily News, there has been little coverage of this story. Once known proudly as “the poor man’s Harvard,” CUNY has become a cemetery of uncertain dimensions, its deaths as unremarked as the graves in a potter’s field.

The coronavirus has revealed to many the geography of class in America, showing that where we live and work shapes whether we live or die. Might it offer a similar lesson about where we learn?

Consider a recent opinion piece in the Times, by the Brown University president, Christina Paxson. Paxson, who’s also the deputy chair of the board of the Federal Reserve Bank of Boston, argues that college campuses should reopen in the fall. Her piece has generated wide and sympathetic discussion, including an interview on NPR’s “Morning Edition.”

Like many such articles, Paxson’s is a statement of universal academic citizenship. Her concern is the “lower-income students who may not have reliable internet access or private spaces in which to study” and the students who depend on college for “upward mobility.” It’s an important point. But the Times’ own reporting shows that more students at Brown come “from the top 1 percent of the income scale than from the entire bottom 60 percent”—a feature Brown shares with four other Ivy League universities. Just over four per cent of Brown’s students come from the bottom twenty per cent. Meanwhile, CUNY’s campuses are among the most powerful engines of upward mobility in the country, drawing hundreds of thousands of students from the poor and the working class.

The hidden force of those numbers is felt across Paxson’s prose. Paxson insists that campuses can reopen this fall if there is “rapid” and “regular” testing of all students throughout the year. At CUNY, even in the best of times, we often don’t have soap in our bathrooms. We also still have push faucets. To wash one hand, I must use the other to twist and hold one of the sink’s two handles, hard and continuously. This produces water of a single temperature—cold—leaving me, always, with one hand that’s touched a surface and must remain unwashed. It’s hard to imagine coronavirus tests when washing both hands is nearly impossible.

Paxson also envisions universities “collaborating with their state health departments and rolling out tracing technology on their campuses.” Yet there’s nowhere at CUNY that I could go simply to find out the most basic statistics on coronavirus infections and deaths. An article in The Atlantic, written by a lecturer at Yale, recommends that universities track and trace students through their campus “touchless keycard entry” systems. Brooklyn College can’t afford keycards. Instead, I must deploy six keys—three for my office, two for the department office, and one that does double duty for our smart classroom and the bathroom—to make my way across campus.

Finally, Paxson worries about the virus spreading through college dorms. She counsels that “we can’t simply send students home and shift to remote learning every time this happens.” She recommends that sick students be quarantined in hotel rooms—“costly,” she acknowledges, “but necessary.” That certainly reflects the Brown experience, in which undergraduates live on campus for at least three of their four years, and money is plentiful. But that experience is atypical. According to data compiled by the Seton Hall professor Robert Kelchen, just under sixteen per cent of undergraduates in the United States live on campus, and around forty per cent of community-college students live with their parents. From conversations I’ve had with students, I’d say that the latter number is higher at CUNY. A student who gets sick at Brooklyn College will, in all likelihood, end her day where it began: at home with her family.

For decades, a handful of boutique colleges and powerhouse universities have served as emblems of our system of higher education. If they are not the focus of discussion, they are the subtext, shaping our assumptions about the typical campus experience. This has remained true during the pandemic. The question of reopening has produced dozens of proposals, but most of them are tenable only for schools like Brown; they don’t obtain in the context of Brooklyn College. The coronavirus has seeded a much-needed conversation about building a more equal society. It’s time for a similar conversation about the academy.

In academia, as in the rest of society, a combination of public and private actors directs wealth to those who need it least. While CUNY struggles to survive decades of budget cuts—and faces, in the pandemic, the possibility of even more—donors lavish elite colleges and universities with gifts of millions, even billions, of dollars. Sometimes these donations fund opportunities for low-income students, but mostly they serve as tax-deductible transfers to rich, private institutions, depriving the public of much-needed revenue. What taxes federal and state governments do collect may be returned to those institutions in the form of hefty grants and contracts, which help fund operating budgets that Brooklyn College can only dream of. This is the song of culture in our society. The bass line is wealth and profit; the melody is diversity and opportunity.

Yet, for all the talk of the poor and students of color at the Ivy League, the real institutions of mobility in the United States are underfunded public universities. Paxson may believe that “a university campus is a microcosm of any major city in the U.S.,” as she told NPR, but CUNY is no microcosm. With nearly two hundred and seventy-five thousand students and forty-five thousand staff—a population larger than that of many American cities—it is what the Latin root of the word “university” tells us higher education should be: the entire, the whole. More than seventy-five per cent of our undergraduate students are nonwhite. Sixty-one per cent receive Pell Grants, and the same percentage have parents who did not graduate from college. At City College and Baruch College, seventy-six and seventy-nine per cent of students, respectively, start out in the bottom quintile of the income distribution and wind up in one of the top three quintiles. For hundreds of thousands of working-class students, in other words, a cash-starved public university is their gateway to the middle or upper-middle class.

Beyond opportunity, institutions like CUNY offer a vision of education that is less about credentials than about the deep contact—and conflict—between reading and experience that is the essence of culture. On most élite campuses, undergraduates are eighteen to twenty-two years old. At CUNY, more than twenty-five per cent of undergraduates are twenty-five or older. Our campuses are not cloisters; they’re classrooms out of the pages of Plato and Huey Newton, where philosophy is set in motion in and by the street. Like other public colleges and universities, CUNY is a mustard seed of intellectual life, a source of reinvention and renewal. If we are to endure this crisis—and, later, to learn from it—some of our most original thinkers and leaders will come from schools like City College.

One of the reasons Paxson believes we need to open schools is that many of them are heading toward financial disaster. Here the distinction between public and private—or Brown and Brooklyn College—begins to collapse. Paxson describes the possibilities as “catastrophic,” across the board, and she is not exaggerating. Heavily dependent on tuition, and uncertain that online courses will attract or retain students, many institutions anticipate a loss of revenue so large and precipitous that they fear they may have to close.

Yet these choices are not dictates of nature and economics. They are political and historical, arising from years of decision and indecision, which have slowly, sometimes imperceptibly, shifted the burden of higher education from public to private sources. The tax subsidies for big gifts to Harvard and Yale find their counterpart in the proportion of revenues that public colleges and universities now derive from tuition. Though this shift has been going on for decades, 2017 was a watershed: it was the first year that public colleges and universities began to receive more revenue from tuition than from the state.

If this is the funding model that has forced upon us the choice of open or die—or open and die—we might heed the example of a different catastrophe, which prompted American society to make a different choice. During the Depression, the New York municipal-college system opened two flagship campuses: Brooklyn College and Queens College. These schools built the middle class, took in refugees from Nazi Germany, remade higher education, and transformed American arts and letters. In 1942, Brooklyn College gave Hannah Arendt her first teaching job in the United States; an adjunct, she lectured on the Dreyfus affair, which would figure prominently in “The Origins of Totalitarianism.” In the decades that followed, CUNY built more campuses. Until 1976, it was free to all students; the government footed the bill.

What prompted this public investment in higher education was neither sentimentality about the poor nor a noblesse oblige of good works. It was a vision of culture and social wealth, derived from the activism of the working classes and defended by a member of Britain’s House of Lords. “Why should we not set aside,” John Maynard Keynes wondered in 1942, “fifty million pounds a year for the next twenty years to add in every substantial city of the realm the dignity of an ancient university.” Against those who disavowed such ambitions on the grounds of expense, Keynes said, “Anything we can actually do we can afford.” And “once done, it is there.”

Public spending, for public universities, is a bequest of permanence from one generation to the next. It is a promise to the future that it will enjoy the learning of the present and the literature of the past. It is what we need, more than ever, today. Sending students, professors, and workers back to campus, amid a pandemic, simply because colleges and universities need the cash, is a statement of bankruptcy more profound than any balance sheet could ever tally.

A Guide to the Coronavirus

Previous : A View of New Orleans Under Quarantine
Next : PRO14 season will be curtailed if it resumes at all – Scottish Rugby Union