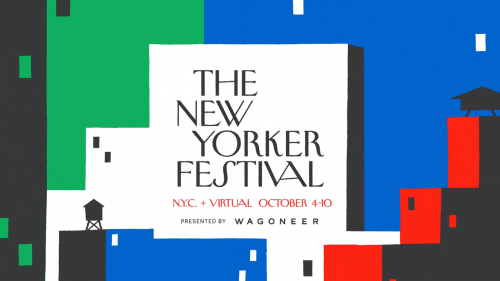 The New Yorker Festival Returns in October, in Person and Online

A marquee lineup of writers, entertainers, scientists, chefs, and others will appear virtually and in person as part of the twenty-second annual New Yorker Festival, which returns this year from October 4th to 10th. In addition to the Festival’s signature mix of conversations and panels, this year’s event will feature an at-home dining experience, as well as film screenings and performances at Skyline Drive-In, an outdoor venue in Brooklyn. Most events will stream live and then be available for on-demand replay, allowing ticket holders to attend from anywhere in the world. Visit festival.newyorker.com to see the full schedule and purchase tickets. Subscribers to the magazine receive discounts on virtual tickets.

This year’s sessions include:

The Festival will also include screenings and concerts at the Skyline Drive-In, in Brooklyn, where attendees can walk, bike, or drive in:

Previous : The Met Gala Searches for America
Next : Covid infections rising in over a third of areas in UK – is where you live on the list?