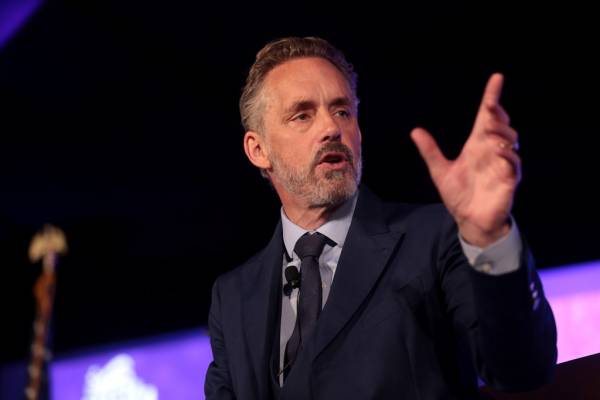 Deconstruct every rule, tear down every road sign, and you will end up lost with nowhere to go. This was David Foster Wallace’s caution for a television-saturated world where postmodernism led us to laugh off the simple ideas that bring meaning. Years later, another man has updated the same caution for a digital age: Dr. Jordan Peterson, whose book Beyond Order: 12 More Rules for Life sets out to build a GPS for meaning in the modern world.

For Peterson, this project grew out of an attempt to find order as his personal life spiraled further from normalcy. He was whisked from obscurity to worldwide celebrity in 2018, but as the pressure deepened existing cracks, his wife Tammy was diagnosed with a rare form of kidney cancer, his daughter Mikhaila had to undergo ankle surgery, and, sparked by a severe autoimmune reaction to some food, increasing doses of antidepressants lead him into a year-long abyss of benzodiazepine addiction and withdrawals. Peterson has returned from the Land of the Sick, as has his family, but it left deep scars.

In some ways, Wallace and Peterson are strikingly alike. They even share an interest in lobsters. But where Wallace tried to repackage old-fashioned messages in postmodern aesthetics, Peterson douses them in Hobbesian cynicism. He counters youthful nihilism by saying, essentially, “You’re right, bucko, but these old myths are the best map to get through hell.” His summation of the story of Abraham describes his own work: “It has at its core a strange combination of pessimism and realistic, genuine encouragement.”

This blend is deeply effective—he can relate to the young and lost like few others—but it can also be crippling. Thus the need for this sequel to his earlier book, 12 Rules for Life, which was an “antidote to chaos.” Beyond Order suggests we need to embrace chaos, “to keep one foot within order while stretching the other tentatively into the beyond.” With bed made and house in order, Peterson wants his reader to open the door to the world, confront chaos, leave Hobbiton, and go on an adventure. After a year when the world stopped spinning, this theme could not be more perfectly timed.

And yet the book only sporadically fulfils this promise. In 12 Rules, Peterson leaped from story to analogy to myth, but his clear, engaging prose meant you never felt impatient or lost. However odd and seemingly detached his digressions were (e.g. the lobsters), he proved a trusty narrator, neatly tying back to one of his rules. None of this applies to the first seven chapters of Beyond Order, which are a dour slog. The rules are interesting and instructive—the importance of dedicating yourself to even seemingly slight tasks, to “have the damn fight,” to think through socialization—but they are rarely mentioned. Most chapters are dedicated to dense, tenuously linked mythological analysis, written in a repetitive, cluttered prose, entirely devoid of humor. For example:

And so on. Peterson’s instinct not to condescend to his audience is commendable, but clarity is not insulting.

These chapters are not without value. Peterson’s problem with ideologies is intriguing, arguing that they allow their adherents to skirt responsibility by giving them a system to scapegoat their failures onto. Connecting the political and the personal is a strong point for Peterson; it was what brought him to the public spotlight in the first place, with his stand against politically mandated speech, which demonstrated moral fortitude. But aside from a few glimmers, the first half of the book drowns in gloom.

Thankfully, stronger writing and diverse references turn the second half around, finally allowing Peterson to shine. Rule 8 is the most notable: “Try to make one room in your home as beautiful as possible.” Tying the purity of “taking a proper walk with a young child” to the importance of great art, he shows how both bring us closer to a transcendent beauty so often lost in daily life. That chapter is quirky, thoughtful, and even has some wit; it would make Roger Scruton proud. Similarly, Peterson’s stories of his clients are empathetic and riveting: a young gay man falsely diagnosed with schizophrenia (something Peterson has recent experience of), or an overprotected “princess” watching an embalming.

The only stain on the second half is Rule 10, his bizarrely morbid chapter on marriage. It reads as a depressive outcry at the collapse of the institution, not a consideration about the individual benefits of marriage itself. He presents marriage as a necessary misery: you do it or fall into uncontrollable, endless, despair. His sneering take on unmarried life only makes this chapter easier to dismiss. 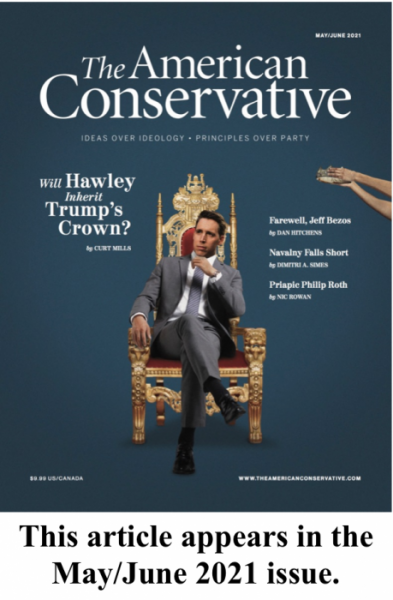 The final chapter is titled “Be grateful in spite of your suffering,” but it’s actually a carefully structured, sensitive explanation of the suicidal urge and why life is worth living despite it. Such pleas usually read as too preachy and disconnected for the depressed. As Wallace wrote in Infinite Jest, “nobody down on the sidewalk, looking up and yelling ‘Don’t!’ and ‘Hang on!’ can understand the jump. Not really.” Yet Peterson has been on the ledge himself. Slowly building from the mythic tropes of Mephistopheles and the philosophy behind anti-natalism, Peterson describes just how overwhelming suffering can be.

He presents moving through that pain not as naive or foolish but “intrepid” and “noble,” a small but real step on the path of heroism. As someone who has stared into the face of suicidal self-hatred, such a message has never been more strongly and beautifully put. I wish my younger self had read this chapter. I wish a friend, lost in his teen years, had as well.

It’s a pity that the title Beyond Order describes his prose more often than his themes, because the high points of the book consider ideas richer than Peterson has ever explored before. Though the premise is timely and fascinating, to truly explore it would require a hope and bright clarity that Peterson has apparently not yet recovered. But, once rested, the good doctor may just be the man to finish the task that Wallace never could.

Ross Anderson was a 2020 fellow at Tablet magazine.