Tamar Adler Will Help You Cook with Food Scraps, Deliciously 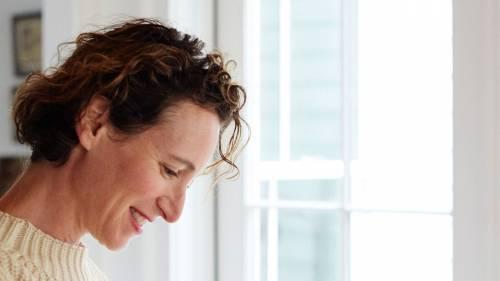 It’s thanks to the food writer Tamar Adler that a shelf of my refrigerator is currently lined with mismatched jars, labelled and dated: “celery braising liquid, 4-17”; “tortilla española oil, 4-20”; “cabbagey schmaltz, 4-22.” “The lovely, oily liquid left once a vegetable is cooked is a perfect concentrate of everything that went into its cooking,” Adler writes, in her book “An Everlasting Meal: Cooking with Economy and Grace.” “It should be treated as a potion that has collected the imprint of the good butter and olive oil, cloves of garlic, lemon peels, sprigs of thyme, splashes of wine, cracks of pepper, and vegetable that created it.”

“An Everlasting Meal” is modelled after M. F. K. Fischer’s “How to Cook a Wolf,” which was published, in the middle of the Second World War, to encourage home cooks to find pleasure in food even during times of shortages and strife. “An Everlasting Meal” was published in 2011; in 2020, it seems prescient. Thanks to extraordinary luck, the coronavirus pandemic has not so far threatened my own family’s income or access to food. But the fact that it has even minorly disrupted the obscene, apparently precarious convenience of my life—and that it seems in many ways to portend more and potentially greater disasters in the future—has inspired me to become thriftier and more resourceful.

Adler’s book offers many strategies for how to do this, from making oeufs en restes (eggs in leftovers) to cooking from the pantry. (A recipe featuring canned bamboo shoots and artichoke hearts is dubbed “A Salad for a Natural Disaster.”) My favorite chapter is “How to Catch Your Tail,” in which she explains how to use cooking scraps and liquids that you might normally throw away. I’ve long been a committed recycler; since childhood, I’ve washed and reused glass and plastic containers and ziplock bags. Before this period of self-isolation, I was in the at-least-sometimes habit of freezing carrot peels and onion skins to make stock; sautéeing kale stems along with the leaves; and pouring bacon fat into a jar, when I remembered, to scramble eggs or fry stale rice. Now, every time I move to throw anything away, I find myself asking: Is this really trash?

It’s more gratifying than it sounds, in part because I have Adler’s voice in my head, making the practice seem not only pragmatic but also empowering and even beautiful. “The bones and shells and peels of things are where a lot of their goodness resides,” she writes. “It’s no more or less lamb for being meat or bone; it’s no more or less pea for being pea or pod.” The other day I peeled potatoes to make a tortilla española, and instead of tossing the shreds of skin into the garbage, I tossed them in a bowl of olive oil and salt, and then put them onto a sheet pan and roasted them in a hot oven: a crispy, savory cocktail snack par excellence. I used the liquid in which I’d oven-braised a head of celery that had gone limp in my crisper, consisting mostly of olive oil, with a splash of wine, to sauté some leek tops, a sliced zucchini, and a handful of frozen peas.

I learned from Adler’s Instagram account, where she’s been sharing some of her latest research, that she’s currently at work on a cookbook that will dive deeper into the subject. On a recent afternoon, I spoke with her via FaceTime. In her kitchen in the Hudson Valley, early spring light illuminated her dark-blonde bob. My mind had been blown by a recent Instagram post in which she described cooking with banana peels, by soaking and spicing them and using them as the basis for a chutney and for a Thoran, a Kerala-style dry curry. Now she showed me her “fruit-scrap vinegar,” a salvation of the saddest specimens: the peels and cores of apples whose flesh was too mushy for anything but sauce, withered grapes; desiccated citrus would work, too, she said. All went into jars with water and sugar, where they would ferment for weeks, until they tasted like vinegar and were ready to be strained. (If you found a “mother”—a substance similar to a SCOBY, or symbiotic culture of bacteria and yeast, used to make kombucha—in a bottle of store-bought vinegar, you could add a piece of that to speed the process along.) They’d be great in vinaigrettes, Adler explained, but also mellow and sweet enough to drink, cut with seltzer.

From an overstuffed box on her kitchen counter she plucked an index card on which she’d scrawled a recipe she was particularly proud of: “Burger bolognese!” she crowed. She’d grilled a bunch of beef patties with her three-and-half-year old son, who’d previously loved them and then abruptly decided he didn’t. Into a pasta sauce they went. “It was amazing,” she said, “because of the smokiness. It tasted like it had pancetta in it, and it didn’t, it was just flamy.” She held up a tub of mayonnaise; instead of rinsing it out when only the unreachable dregs remained, she had added garlic, yogurt, tahini, water, and salt, to make a Halal-style white sauce. She’d done the same with a near-empty jar of honey, turning it into a mustardy vinaigrette.

The manuscript of Adler’s new book is due in August. (Until then, she is soliciting recipe requests, at cookmygarbage@gmail.com.) I asked her whether the pandemic had changed the way she was thinking about the project. “Therapists are posting on Twitter that the only patients of theirs who are dealing with everything fine are the ones who have been gripped by anxiety and depression forever,” she said. “For me, this way of cooking has been so important for so long. If, somehow, we’re able to hold on to this sense of preservation and frugality and craft after all this, I think that’ll be great. I hope I work fast enough to get the book to people before they forget what this was like.”

Skins of 3–4 bananas (if you peel them in the morning and are cooking later, soak them in acidulate water, with lemon, vinegar, or a piece of turmeric)
2 cloves garlic, minced
2-inch (or so) piece of ginger, peeled and julienned
1 tsp. ground cumin
1 tsp. ground coriander
1 tsp. ground asafetida (If you have it! If not, don’t sweat it)
1 tsp. salt
¼ tsp. ground turmeric, or a little fresh turmeric, grated or minced
1 Tbsp. fat (peanut oil, canola oil, coconut oil, or ghee)
1 tsp. nigella and/or black mustard seeds, or cumin seeds, or a combo
1 small onion, diced
10 curry leaves
1 red chili or habanero or other chili, sliced, or a bunch of sliced pickled chilies
¼ cup dried shredded coconut, or hazelnut flour, or almond flour
2 Tbsp.–¼ cup water
cilantro and lime juice, to taste (optional)

Wash and dry banana peels, removing ends and any big brown spots, and finely slice. Make a paste of garlic, ginger, cumin, coriander, turmeric, and salt. Heat fat in a large pan. Add seeds. When they start to pop, add onion, garlic-spice paste, and curry leaves. Sauté for a couple of minutes. Add banana peel, chili, coconut, and water. Simmer for fifteen or so minutes, until peels are tender and delicious. Garnish with cilantro and squeeze with lime, if you have them, and eat over rice.