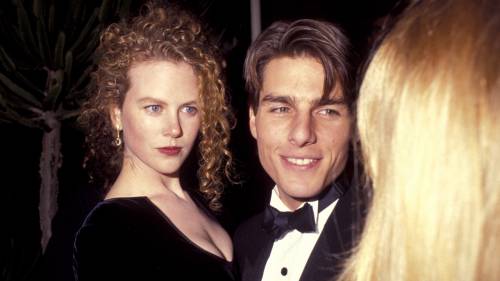 “My idea of a good picture is one that’s in focus and of a famous person doing something unfamous,” the artist Andy Warhol wrote, in 1979. “It’s being in the right place at the wrong time. That’s why my favorite photographer is Ron Galella.” Galella, who died on April 30th, at the age of ninety-one, was perhaps America’s best-known paparazzo, capturing the daily lives of celebrities, whether they liked it or not. Warhol, whose picture Galella took again and again throughout the nineteen-seventies and eighties, was one of the photographer’s perennial subjects. But, over the last half century, the ever-deepening public interest in the life styles of the rich and famous, which Galella, not unlike Warhol himself, both responded to and helped fuel, provided the photographer with a seemingly endless supply of well-known figures to capture. In the course of his long and extremely prolific career, he shot many of the defining personalities of his age: from Robert Redford and Marlon Brando to Brad Pitt and Truman Capote; from Grace Jones and Jacqueline Kennedy Onassis to Courtney Love and Paris Hilton. 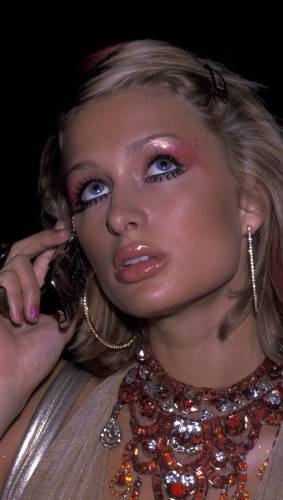 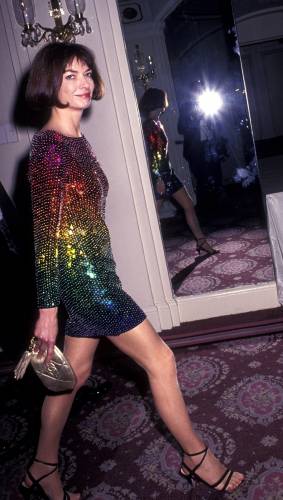 Born to an Italian American family, Galella grew up in the Bronx and served in the Korean War as an Air Force photographer. In the nineteen-sixties, he began his career as a professional paparazzo, selling his pictures to publications such as the National Enquirer, Time, and Life. Galella’s tactics could be extreme: in 2015, he told Vanity Fair that, in order to get shots of Elizabeth Taylor and Richard Burton carrying on aboard a boat on the Thames, he spent a weekend camped out in an empty warehouse on the river’s banks. He was often invasive, arousing the ire of many of his subjects. In 1973, Brando, sick of being hounded by Galella on the street, famously punched the photographer and broke his jaw. (Galella then created a diptych consisting of one shot of Brando and another of himself, bruised.) But he will perhaps be best remembered for the pictures he took of Onassis, whom he stalked and photographed thousands of times over the course of the nineteen-seventies, often on the streets of New York City. (Many of these photos are collected in a book appropriately titled “Jackie: My Obsession.”) As the Washington Post reported, “He jostled her, hit her with his camera strap to provoke a reaction, and circled her in a power boat while she was swimming.” In 1972, Onassis successfully claimed in court that Galella’s techniques constituted harassment, and was able to receive an injunction barring the photographer from coming within twenty-five feet of her. (In 1981, she returned to court, claiming that he should be cited for contempt for not abiding by the ruling.) Galella’s style was controversial, but, in many ways, he anticipated the relentlessness of the photographers who came after him, from the paparazzi who stalked Princess Diana and Britney Spears to those who have more recently been hounding the young stars of TikTok. His determination to capture the naturalistic, unpremeditated aspects of his subjects made his work pulse with a startling sense of life. 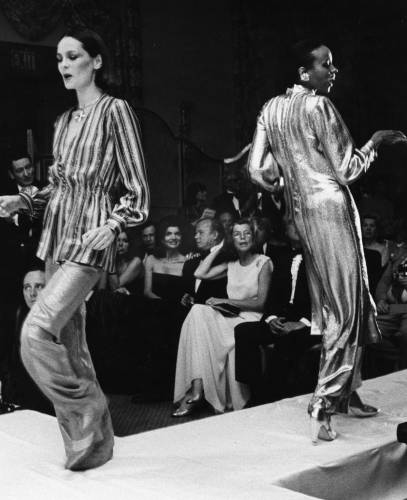 Jacqueline Kennedy Onassis in the audience at a Valentino show, 1976. 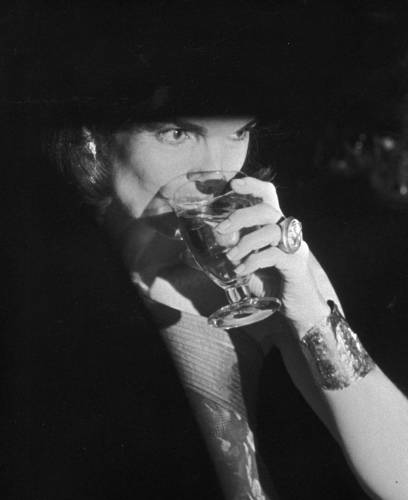 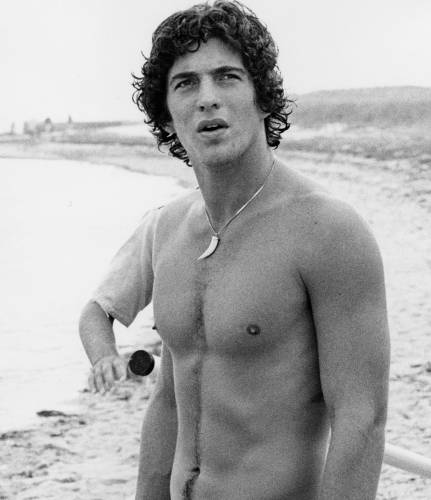 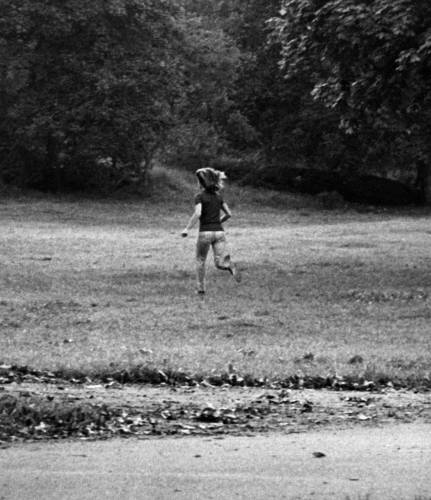 Warhol might have praised Galella’s ability to portray his famous subjects doing unfamous things, but the photographer’s work begs the question: Is anything a famous person does ever truly unfamous? In one well-known image, taken in Central Park in 1971, Onassis is seen from behind as she runs, fleeing Galella’s lens. She is slightly blurred in her act of attempted evasion, not unlike a soldier captured by a photojournalist in the field, but the woman in the picture is still unmistakably Jackie—elegant and slim and fleet-footed, her magnetism undiminished and perhaps even underscored by the photographer’s insistent gaze. The picture is now in SFMOMA’s permanent collection (many of Galella’s works are owned by fine-art museums); its power is in its stark illustration of the hold that celebrity has on our cultural imagination. Like Galella, our eyes and minds and hearts cannot get enough of it. 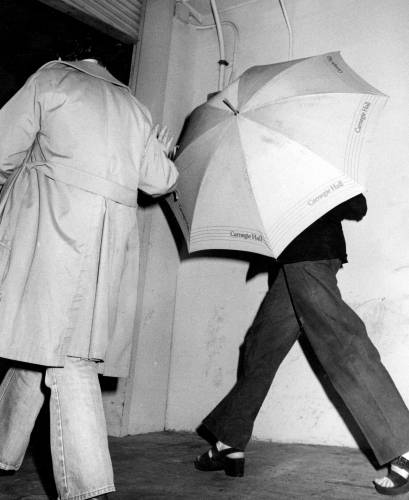 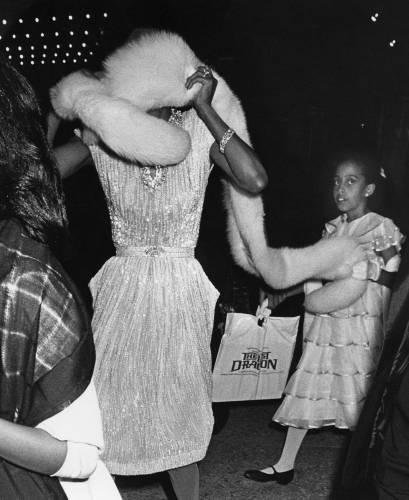 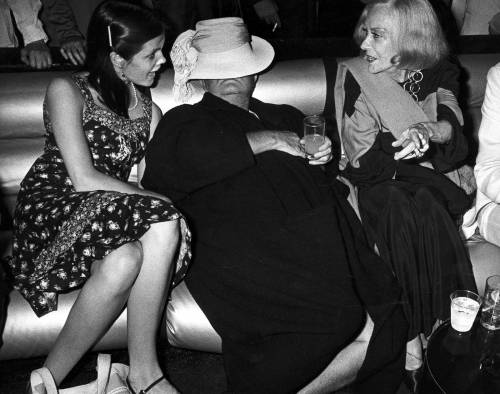 There are many other images of evasion in Galella’s corpus: a coiled, furious Sean Penn, in the act of striking another paparazzo who attempted to take his picture; Mick Jagger, in the back seat of a car, giving the camera the finger while his partner at the time, Jerry Hall, smiles widely; Truman Capote, taking a breather on a sofa at Studio 54, with a wide-brimmed hat covering part of his face. There is also Katharine Hepburn, with only her feet and legs visible behind an enormous Carnegie Hall umbrella. (“Smash His Camera,” Leon Gast’s 2010 documentary about Galella, includes an archival clip in which the paparazzo speaks about taking this photo, saying, “Even if she’s private, the fact that she shields herself with an umbrella, that picture is interesting. It reflects her personality.”) 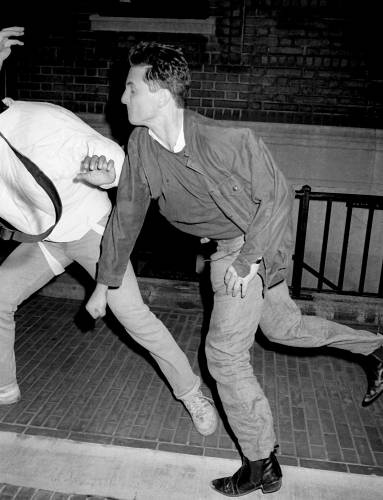 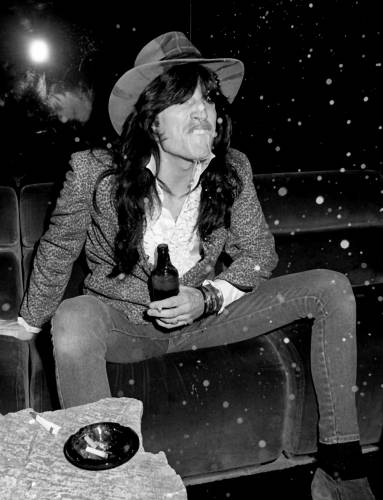 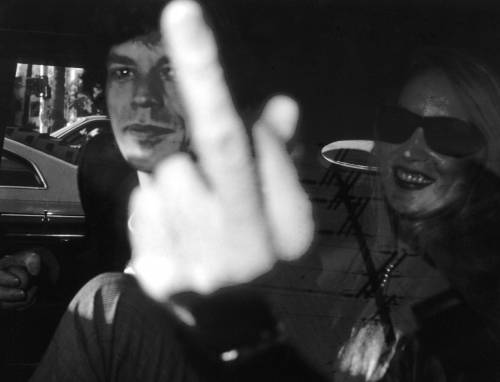 And then there were the subjects like Warhol—the ones who invited Galella’s gaze, fed off it. Many of the pictures that he took on red carpets or at galas expose this complicity between photographer and celebrity. One such frequent subject was Donald Trump, and there is a photo of him, from 1990, taken at a party celebrating the publication of his book “Surviving at the Top,” in which he stands next to a poster bearing his own image. The picture reads now like a warning missive, with Trump’s doubling predicting a much more intense proliferation down the line. And yet, despite the celebrity-saturated dystopia they portended, there is something innately glamorous, still, about Galella’s pictures. The photographer sought to catch celebrities with their masks lowered and their auras punctured, but the paradox that animates his best photos is that, whether camera-ready or not, the stars he shot couldn’t help but magnetize—whether thanks to the ineffable glow of fame or, simply, because Galella captured them, a circumstance that created its own kind of intimate halo. In one picture, taken in 1981 at the Beverly Hills restaurant Chasen’s, Galella and Muhammad Ali are seen mugging for the camera, grinning as they each throw a mock punch at the other. It is a perfect metaphor for the mutual imbrication of documenter and documented. Could one ever survive without the other? 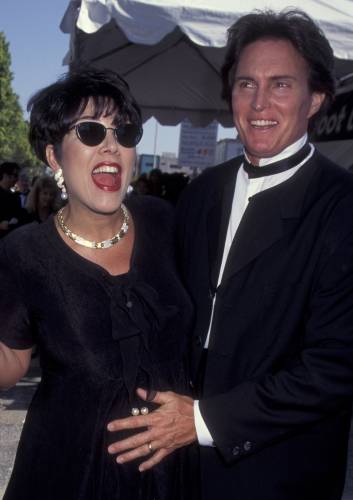 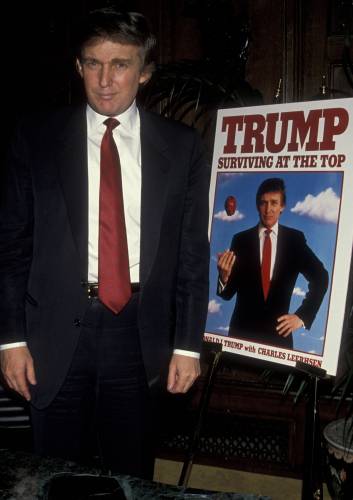 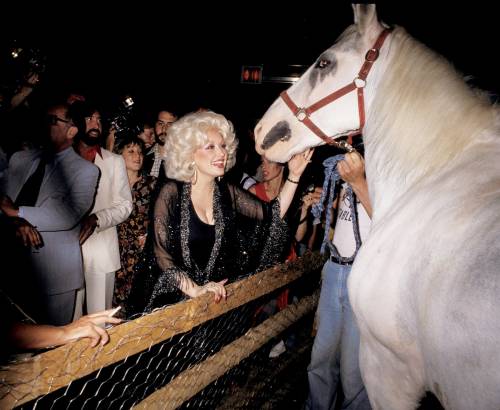 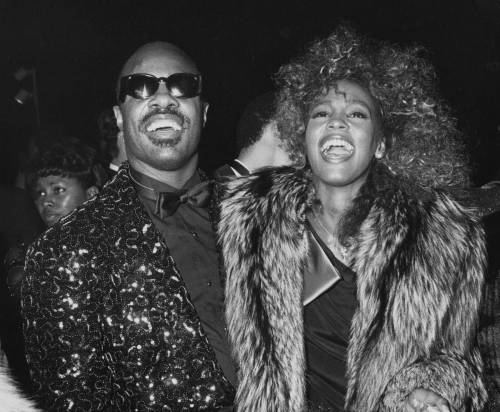 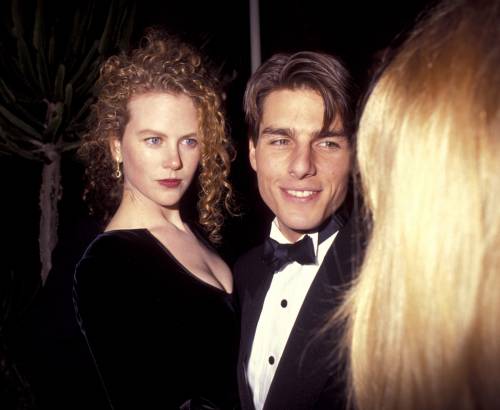 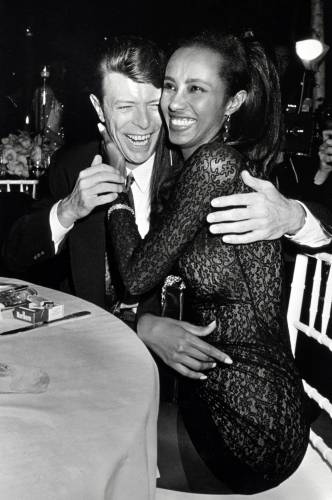 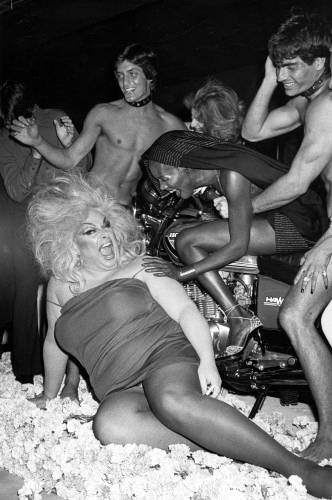 Divine and Grace Jones among clubgoers, 1978. 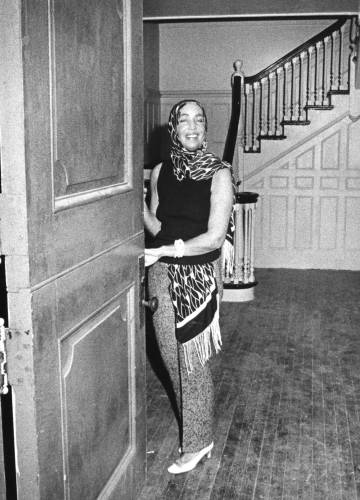 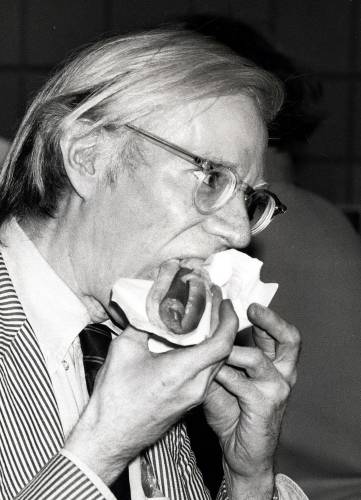 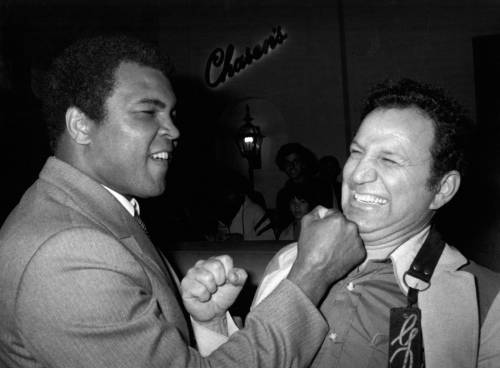