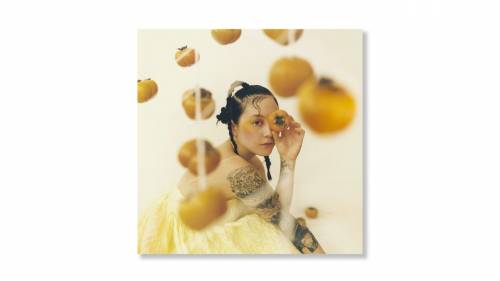 The musician Michelle Zauner, who performs as Japanese Breakfast, appears ready to embrace delight in all its forms. After years of processing death and trauma, Zauner radiates a certain hopeful conviction with her new music. It feels as if she has pushed through the fog and located the sun, basking in its warmth. It’s rare that an artist’s creative upswing coincides with her mainstream breakthrough, but, with Zauner, it doesn’t feel like a coincidence. Her best-selling memoir, “Crying in H Mart,” and her new album, “Jubilee,” are both developmental milestones, and the latter is a quest for a fully realized sound. “I was thinking about what musicians with long careers do with their third albums,” Zauner told Pitchfork, in March. “I would like to believe that things really start to get figured out by then, that it should sound really confident.”

Zauner’s career as Japanese Breakfast has been primarily shaped by loss. Born in Seoul and raised in Oregon, Zauner fronted several smaller projects in college until she founded the emo band Little Big League, in Philadelphia. After two albums, the band broke up when the bassist, Deven Craige, left to play in another group that he thought would be more popular. In 2014, Zauner moved back to Oregon to care for her mother, who had been diagnosed with cancer. She wrote her first album, “Psychopomp,” from 2016, two months after her mother’s death. “To ban myself from writing about that experience felt really phony,” she told Spin. Her mother, and the afterimages left in the wake of her passing, have been fixtures in Zauner’s music. The representations of that vacant space are gripping and unforgettable: a confused dog sniffing around a now unoccupied room, a person clearing shelves of mementos, a recording of a departed woman telling her daughter not to cry.

“Psychopomp” takes its name from the mythological creatures that guide souls to the afterlife, and Zauner’s hazy, distant music often hung as if in that transitory state—stuck between the mortal coil and somewhere beyond. In 2017, Zauner released a sci-fi-inspired follow-up, on Dead Oceans, called “Soft Sounds from Another Planet,” in which she thought about death more abstractly. “Part of that comes from having to talk about it so much for the last year, and also having so many kids come up to me after shows, that I realize that my personal experiences are so small in the grand scheme of the world,” she told Interview magazine. Those two albums, and her recently released memoir, are often about being walled off by the lingering remnants of grief, or, as she once put it, being left alone in a room with no doors. But her music seemed to present some sort of pathway forward, too. “Try not to get so righteous / about what’s fair for everyone,” she sings, on “The Body Is a Blade,” from 2017. “Find what’s left in you / Channel something good.”

Zauner’s new Japanese Breakfast album, “Jubilee,” is actively trying to channel good things. She has said outright that it is about joy, but that theme doesn’t manifest itself in a straightforward way, narratively or sonically. The quirky songs, which shuffle across the indie and pop planes, are as much about finding and sustaining joy as they are about experiencing it. The album is full of glowing arrangements and hopeful storytelling that seem to prompt a fulfilling out-of-body experience. Her voice sparkles. It’s lithe, sometimes layered, and liberated. The music is lush in spots and sleek in others, opening with an explosion of color—the maximalist horn procession of “Paprika,” the glossy eighties pop of “Be Sweet”—before settling into a blissful rhythm.

Zauner’s conscious move away from personal distress as a songwriting spur (the track “In Hell” notwithstanding) likely comes with its own unburdening. The creative process itself gets more fun. The songs are upbeat and lively, moving purposefully toward catharsis. “Paprika” relishes in the luxury of making music for a living, and that euphoria is infectious. On “Slide Tackle,” Zauner sings of clearing the mind of negativity. Most of the songs aren’t autobiographical, and Zauner engages in wider collaboration and experimentation. She helped compose string and horn arrangements for the first time, and some of the songs were born out of a transition, in 2018, to fixed writing sessions with collaborators. Produced with her longtime contributor (and now bandmate) Craig Hendrix, the compositions on “Jubilee” get additional assists from Alex G, Wild Nothing’s Jack Tatum, Crying’s Ryan Galloway, and more. There is a sense of a wider soundstage, of friends being let into the room.

There are also characters in the songwriting that couldn’t have appeared on previous Japanese Breakfast albums. On “Savage Good Boy,” Zauner performs from the perspective of a would-be tycoon cajoling a woman into his doomsday shelter as the world descends into chaos around them. “A billion dollar bunker for two / and when the city’s underwater / I will wine and dine you in the hollows / On a surplus of freeze-dried food,” she sings, gleefully. It’s a charming warning that even gratification should have its limits. On the other hand, “Kokomo, IN” follows a smitten teen-age boy as he reassures his high-school sweetheart that her moving away is for the best. The song lingers in the bittersweet pleasures of putting the interests of someone that you love before your own, so that you might both grow. These are among the expanded wonders of “Jubilee.” Zauner’s previous work had interiority but was more isolated and closed off. These songs open up—to discovery, to feeling, and the possibility of a brighter tomorrow.

Previous : COVID-19 curbs in Australia’s Melbourne to ease after low cases
Next : Prince Harry and dad Charles are in ‘regular contact’ following birth of Lilibet