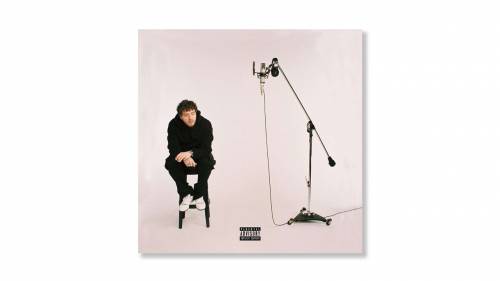 When the Kentucky rapper Jack Harlow was twelve years old, he asked his mother how he could become the best rapper in the world. As Harlow tells it, his mother had just read Malcolm Gladwell’s “Outliers” and proposed that he get started on his ten thousand hours of practice: if he wanted to reach the top of the game by the time he turned eighteen, he’d need to work on his bars for at least four hours a day for the next six years. The young striver, Louisville Magazine reported, accepted the challenge. Harlow is twenty-four now and far from being the best rapper in the world, but the grind has evidently paid off: he is one of rap’s fastest-rising stars.

If greatness is to be achieved through recitation alone, Harlow is off to a great start. Listening to his earliest recorded music—the excruciatingly suburban “Extra Credit,” from 2011, rapped painstakingly over beats by Lil Wayne and Wiz Khalifa—it’s easy to hear the hours that Harlow has put in. The projects he’s released since then have grown not just increasingly confident but more natural-sounding. In 2020, Harlow broke through as a viral sensation with “WHATS POPPIN,” a rapid-fire romp with references to the Disney cartoon “Kim Possible” and the gaudy belt brand B.B. Simon. On the song, Harlow is surprisingly fluid and invitingly nonchalant. “Me and the Cardinals are sharing a section / Gotta cherish the present / I’m drinking water and wearing protection,” he rapped brazenly. A début studio album, “Thats What They All Say,” quickly followed, charting at No. 5 on the Billboard 200, and in less than a year he appeared on “Saturday Night Live” and scored his first No. 1 song (“Industry Baby,” with Lil Nas X). Harlow’s clockwork rise seemed to be his reward for staying the course, with such a smooth ascent that some have speculated that he’s an industry plant.

Harlow is not a plant but a savvy hustler who has parlayed his goofy white-boy antics into a marketable persona. (“It started with ‘Who the fuck is this white boy? He’s dope,’ ” Harlow said, “Then it arced into ‘Who the fuck is this white boy? He’s funny as fuck.’ ”) Once baby-faced in glasses and polo shirts, Harlow has recently matured—and been styled—into looking like a proper heartthrob, complete with diamond studs, a trimmed beard, and a winsome smile. He seems to be fashioning himself as the cheeky bard of ladies’ night, touring with the sassy scammer act City Girls and tweeting things like “My weakness is women that were born in the 70s.” Harlow completes his transformation on his aloof second album, “Come Home the Kids Miss You,” released last week. The slaphappy energy of songs like “WHATS POPPIN” has been replaced with self-seriousness, as Harlow spits game at everyone, from the girls in his home town to the pop artist Dua Lipa. His only real fixation, beyond hooking up, is rap ascendancy, which he chronicles in such songs as “Nail Tech” and “Talk of the Town.”

All white rappers are inevitably compared to Eminem—the artist who first inspired Harlow to start rapping—but Harlow has clearly modelled himself after Drake, with his loosely and monochromatically melodic raps, spells of winding introspection, soft misogyny, and bars that hinge at the joints. “Come Home,” in its submerged R. & B. samples, casual coquetry, and king-making pronouncements, is something of an homage, if not a caricature. Many songs are co-produced by Boi-1da, a longtime Drake beat-maker, and the artist himself makes a guest appearance on “Churchill Downs,” a song that sees Harlow operating dutifully in his idol’s shadow. (“I mean, what’s it like to touch gold every time you touch a mic?”) In close proximity, however, the younger rapper’s shortcomings become impossible to ignore: Drake’s verse is marked by specificity, clever turns of phrase, and matter-of-fact delivery, all of which are missing in Harlow’s own lyricism.

Harlow’s music seems to be powered more by simulation of stardom than aptitude, and his craft is without a distinctive style. Wordplay often eludes him, and the hooks on “Come Home” are remarkably bland. Still, he proves himself capable of relaxed, breezy performance in verse. On “Young Harleezy,” Harlow flips through only a couple of rhyme schemes, each tumbling into the next; he skips along the hi-hats of “I’d Do Anything to Make You Smile” as if he’s playing double Dutch. These songs are heavily reliant on his flows—a necessary accommodation for someone who admits he doesn’t “always have something to say in every moment.” At his best, Harlow has a sort of smirking chutzpah (“SUNDOWN,” from 2018) or searching self-consciousness (“RIVER ROAD,” from 2019). “There’s beauty in the details,” he rapped on the latter. Three years later, his music seems to be lacking in both details and beauty.

The album, instead, rests heavily on nostalgic samples from the nineties and early two-thousands—Destiny’s Child, Fergie, Tweet, Snoop Dogg—that can bring welcome color and texture to the tracks. When it works—as on the key-driven opener “Talk of the Town,” which features a pitched-down sample of Destiny’s Child’s “No, No, No Part 2”—such moments feel like extensions of Harlow’s accessible personality. When it doesn’t (the insipid “First Class,” a riff on Fergie’s “Glamorous”), it seems like a cheap and useless gimmick. On songs such as “Side Piece” and “Lil Secret,” Harlow fashions himself as a jaded playboy, managing a roster of obsessed, unseen lovers. Even the songs that don’t sample the hits of yesteryear are clearly trying to evoke the smooth, silk-robe seductions of grown-and-sexy R. & B. But Harlow’s come-ons are often lurid and eye-roll-inducing—see “Like a Blade of Grass,” a track with the opening line “Like a blade of grass wants sunlight, I just want that ass.”

Harlow doesn’t always hit his cues as a ladies’ man, but he does seem comfortable with his newfound celebrity. Haters, real or imagined, are the most potent inspiration here. “You know they prayin’ that I say the wrong thing / Look at the disdain that these hit songs bring,” he raps, on “Parent Trap.” On “Movie Star,” his elevated status brings awe and envy to those around him, and he responds with some of his slyest quips (“Your girl’s a fan of me, in fact, I’m what her fantasy is / Duckin’ out the party, we can’t let the cameras see us”). Everything builds to the album closer, “State Fair,” a remembrance of the whirlwind past year in Harlow’s life. He takes stock of his accomplishments, his new self-image, his remaining ambitions. He fantasizes about going back to Kentucky, settling back into the rhythm of his old life, which he can only see through the lens of his new one. “I know I said I miss you,” he raps, unable to resist flexing on the people in his home town, “but I secretly don’t miss.”

This content can also be viewed on the site it originates from.

Previous : Emma Raducanu flying back to London to assess true extent of back injury
Next : The Dennis Hopper Photograph That Caught Los Angeles