How Norman Rockwell’s America Would Have Survived This 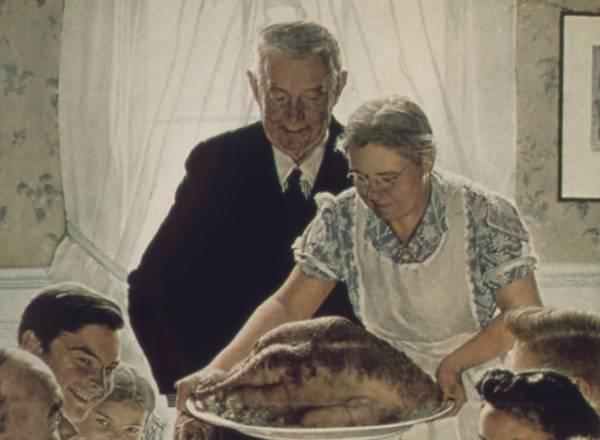 I began this little discourse in those easily less raucous moments before the coronavirus volcano blew its top. We imagined back in those days that our No. 1 worry was how many of our fellow Americans honestly, no kidding, wished Comrade Sanders would turn our country inside out and upside down. Hah! We soon enough found the world caught up in truly big-time anxieties; like, will Costco still have toilet paper on the shelf when I get there? 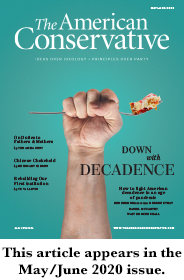 With some relief, I returned to the subject I previously had in mind: contemplation of Norman Rockwell.

“Norman Rockwell?!” you say. And what have apple-cheeked Boy Scouts and grandmas with gingham aprons, and memories smelling of tightly closed attics got to do with the value of U.S. Treasuries and the quarantine restrictions—and so on? Not much, maybe. And perchance that’s not the right question.

What would the right question be? I suggest it would be: how, in these times of strain and strife and formerly unthinkable anxiety, do any of us get along without occasional summonses to look on the usual, the everyday, the ordinary, the lovable? How do we get along without normality—whatever normality may have come to look like in the age of COVID-19?

A not-quite-elapsed traveling exhibition of Rockwell paintings drew my attention to this not-insignificant matter. The exhibition, organized by the Norman Rockwell Museum in Stockbridge, Massachusetts, came recently to Houston after stops at sites such as the New-York Historical Society and the Henry Ford Museum, with a wind-up visit planned at the Denver Art Museum. It is sad to think of a cruel and crazy public health disruption affecting the exhibition’s gentle progress. Regardless, a lot of Americans have managed to admire the exhibition and its central idea that freedom, for Americans, is normal, an ideal to be cherished, a goal to be strived after.

Norman Rockwell certainly thought so when, in the middle of the Second World War, he executed the “Four Freedoms” paintings. We all recognize them from photos at the very least. When it comes to popular appreciation, they must be right up there with George Washington’s Christmas Eve voyage across the Delaware River, as rendered by Emanuel Leutze. In all four paintings the passage of sentiment—honest feeling—from eye to heart is quick and unbroken.

Here’s Grandma, proudly, lovingly, bestowing the Thanksgiving turkey upon family and any guests fortunate enough to have wheedled an invitation. “Freedom from Want,” this particular work is called. Here’s a frugally dressed New Englander unsuspected of academic attainments, having his say before an assemblage of friends and neighbors—“Freedom of Speech.” It is pertinent to add, in 2020, that no audience member is trying to shout the fellow down or embarrass him. There are no cameras, no bloggers jotting down notes. Pretty old-fashioned and third-rate stuff by modern standards—lovably so.

The other two paintings, their homely affirmations derived from President Franklin Roosevelt’s third State of the Union address in January 1941, are “Freedom of Worship” and “Freedom from Fear.” The alliterative quartet sum up, by Roosevelt’s purposeful reckoning, the postwar ideals FDR wished Americans to think upon as their own participation in the world conflict drew nearer.

Norman Rockwell was then in his prime as an artist for the Saturday Evening Post. The four paintings, which required seven months of thoughtful, concentrated work, appeared sequentially on Post covers beginning February 20, 1943. The project succeeded beyond reasonable expectations. The Post received 60,000 letters of virtually unanimous praise. Letters, there being no email then!

The Rockwell Museum, chief repository of the artist’s vast oeuvre, judged the present moment propitious for putting these works on the road, along with other Rockwells of note, such as his painterly hymn to a small black girl being escorted by federal marshals to a no-longer-segregated Louisiana school. The exhibition celebrates what we might call the inward essence of the United States of America.

That essence, viewers of the Four Freedoms can scarcely fail to notice, partakes more of pride and pleasure than of agony and reproach; more of fingers spread over proud, thumping hearts than clutched in fury at fellow Americans.

Granted, a foreign war was going on at the time Rockwell lined up his human models for the Four Freedoms canvases. Historical circumstances, it seems to me, cannot account solely for today’s eagerness to impose political or social orthodoxies: no vote needed, no discussion desired. We have become, I fear, a less generous people than the great multitude of Americans Rockwell saw with his artist’s eye, joined in a common cause irrespective of race or sex.

Nor—a consequential point, I think— have we much sense of humor. We don’t share, generally speaking, the common understanding of what comedy throughout all ages has cultivated: the understanding of our own frailness and occasional absurdity. We don’t laugh much, save when we, or our “comedians” (don’t get me started on late-night TV!), presume to make fun of those supposedly less enlightened, less compassionate than ourselves. Norman Rockwell’s personal and artistic sense of humor, I am wont to claim, was dispositive in his success—and, I might add, in his civilizing function as an artist.

The social, political, cultural—Lord, the everything—irrelevance of Norman Rockwell has long been an article of faith among Americans of advanced views. “Really, that man!”—doggies and barn dances, lace curtains and bashful swains; subjects of interest only to clingers to guns or religion in their losing contest with The Present; “deplorable” people, some of them, nursing underdeveloped social consciences. Shudder!

The artist’s surname is frequently made over as a kind of sneer. “Ah, what a charming Rockwellian little scene,” with its hints of Coolidge and Tarkington, ice cream socials and kindly cops.

Rockwell’s own biographer, Deborah Solomon, described his work as “steeped in the we-the-people communitarian ideals of America’s founding in the eighteenth century.” Hence not really up-to-date, you know. Though born in New York City, he lived and painted in small communities—Arlington, Vermont, and Stockbridge, Massachusetts—using his neighbors as models. He was in the artistic sense as much the originalist as Nino Scalia hovering over the Supreme Court bench.

In a recent City Journal column, the essayist Lance Morrow wrote of an America full of “new ways” battling for supremacy with “an older America, a country that is, like Atlantis, sunk in the depths of time”: not least the present time, with seeds recklessly sown in the artist’s own age by flappers and reformers of one kind and another.

One shouldn’t (I think) understand Norman Rockwell as beckoning viewers of his art seductively into the dead life of a dead world. There were things he wanted those viewers nonetheless to look at—things that superseded places and times and temporary circumstances: kindliness, friendship, cooperation, courage, renunciation, gentle irony. He was an optimist; like most optimists he flunked Despair 101 and was instructed not to return to class without a written excuse.

Life in the Rockwell era was just too funny, too warm, too enjoyable for the then-minority notion that All—All—Was Lost! It certainly wasn’t lost if one remembered to say thank-you after a party or run an errand for an older neighbor, or maybe asked the 14th-least-attractive girl in the class for a dance at the prom. There was hope in the exertions of normal people in those days. We might just, one way or another, get through the challenging times that had descended out of nowhere.

The Four Freedoms summed up, in their war-propagandistic way, the commitments that underlay the life Rockwell was always holding up for admiration. Americans could worship and pray as they liked. They could speak as they liked. To the fruits of their labor they enjoyed lasting entitlement. The wartime fear that gripped other peoples was absent from homes where parents, by Rockwell’s depiction, stood protectively over sleeping children.

I hazard a guess: the grandmother (a flesh-and-blood person after all) shown by the artist delivering a turkey—Freedom from Want—has great-great-great grandchildren alive and extant in a world not so far removed from the world then at war: tested by fear, riven by rivalries.

She has passed on to those children—I am guessing out loud—the gifts with which Norman Rockwell artistically endowed her: love, generosity, warmth. I guess admiringly that amid panics and pandemics those same children represent those very virtues, their confidence strengthening all around them as they face in their own time what there is no choice but to face—as proud, Rockwellian Americans.

William Murchison is a nationally syndicated columnist and author, most recently, of The Cost of Liberty: The Life of John Dickinson.