How a Megachurch Adapted to Social Distancing 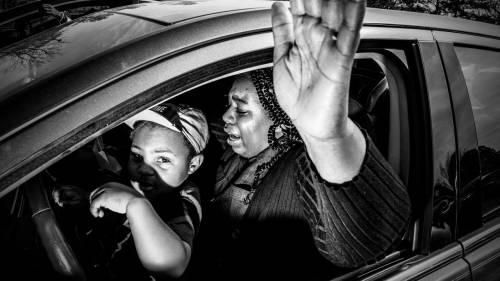 Honk once for “Amen,” twice for “Glory hallelujah”: those are the newest liturgical instructions for the Rock Church, an evangelical congregation in Virginia Beach. The megachurch normally gathers in an enormous auditorium that seats more than five thousand, but, as the coronavirus has limited the ability of congregations to come together physically, members began meeting instead in the parking lot, where drive-in services are taking the place of regular worship. The praise band and the pastor took to a temporary stage erected outside the building, while a local FM station offered the church airtime, so that congregants could tune in to the service, as if it were a drive-in movie. The photographer Mark Peterson captured one of those services the week before Palm Sunday, beginning when ushers helped orchestrate the parking of cars and continuing until the parishioners dropped their offerings and prayer cards in buckets on their way out of the parking lot. 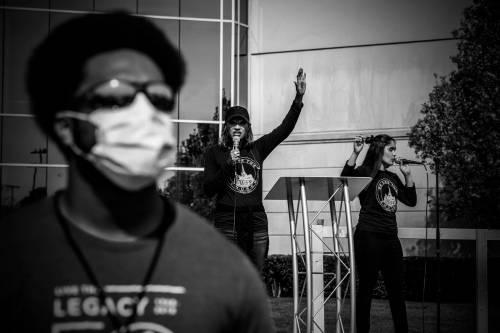 Many religious organizations have responded to the spread of the coronavirus by moving entirely online, through live streams and video conferences. That is perhaps the safest of all options, because worshippers don’t have to leave their homes, but it can also be the most maddening one, because glitchy microphones and erratic Wi-Fi connections can leave people feeling anything but spiritual after an hour or two of fits and starts and reboots. By contrast, Peterson told me, “there was a real intimacy” to what he witnessed at the Rock Church. His rapturous photographs feature couples with hands raised high or folded in prayer, families spilling out of their minivans, mothers holding children in their laps behind steering wheels. 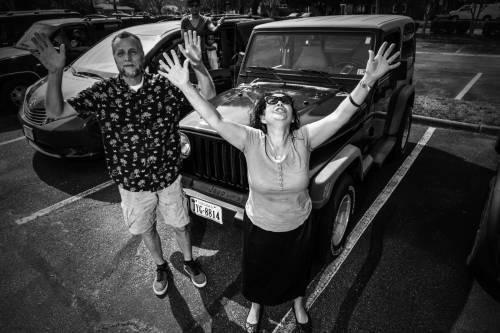 There’s something consummately American about how the Rock Church adapted to social-distancing guidelines: the gospel in your automobile, like a road trip to salvation. Nearly ninety per cent of American households own a car, and so much of life in this country takes place in the theatre of the automobile, from commuting to courting, surreptitious dealing to conspicuous consumption, the trappings of adulthood at sixteen to the tragedy of losing independence as senior citizens. The congregants at Rock Church aren’t the first to worship drive-in style; Christianity caught up to car culture a while ago. But Peterson’s images feel both wholly of this pandemic and wholly retro, as if at any moment servers on roller skates might hand out milkshakes and the cars might start growing fins. 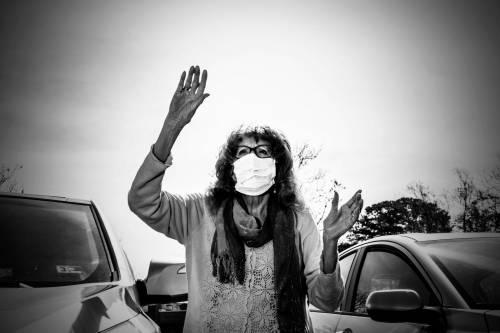 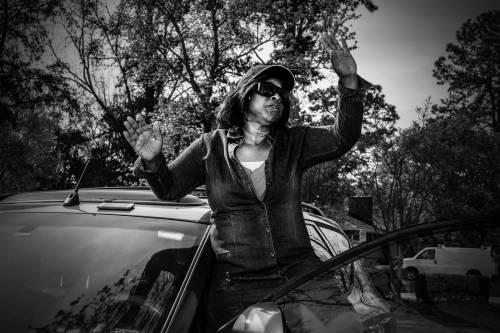 We generally see religious spaces when they’re not in use, and religious people when they are not actively engaged in worship. It is less common to see what Peterson shows us: candid images of the devout in the midst of prayer and praise. But his pictures are striking in part because of what is missing from the frame. There are no hymnals or bibles, no pews or crosses. Even the church itself, visible at the edge of some of the photographs, just beyond the parking lot, gives little away; its glassy modern exterior could as easily be a shopping mall as a sanctuary. The fervor of the subjects is obvious, but not its object. The people in these images could be stuck in a traffic jam, tailgating before a bowl game, getting ready for a rock concert, greeting an eclipse, or trapped in a hostage situation; they could be waving down strangers for help or the authorities for intervention. Which is, of course, in some ways exactly what these men and women are doing—obeying the psalmist by lifting up their hands to the holy place and calling on the Lord. 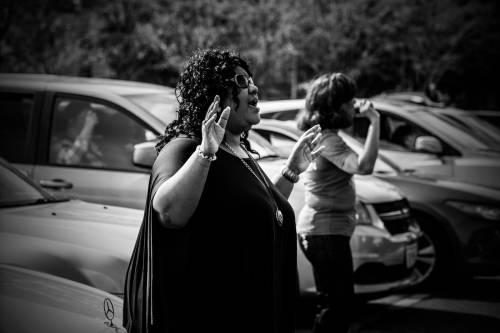 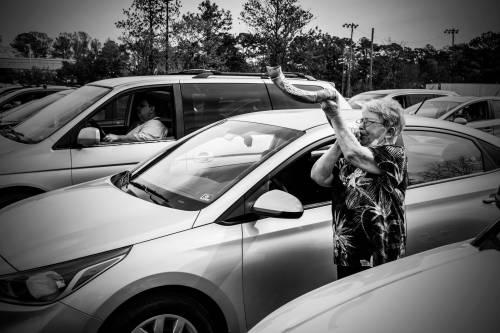 This would be a striking series whether it had been taken ten months ago or ten years ago—drained of color, sharpened into a silvery clarity, some of the images reflected like a Jan van Eyk painting in the windowpanes and side panels of the cars—but it is especially so during the COVID-19 spring, when, perversely, the very thing keeping people apart makes them want more than ever to be together. One senses that members of the Rock Church wanted not only to see one another but to join together and pray for those familiar and unfamiliar: the first responders and hospital workers, the grocery clerks and mail carriers, the delivery people and transit workers, the medical-research teams working to perfect tests and vaccines. Peterson took these pictures two weeks before Easter, right when what had been true around the world was starting to become true here: hundreds of thousands of Americans were falling ill and thousands were dying, and municipalities everywhere were taking more and more measures to enforce social distancing. Peterson remembers feeling that a “deeper sense of mortality” washed over the worship service as the faithful gathered to praise a God who promises to wipe away all tears. 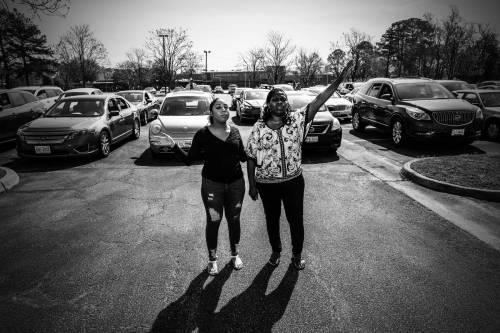 Promises like that are invisible, but the hope for them is evident in every face and frame. Such is the fundamental nature of faith: the devout always embodied, the holy often elusive. One image in particular seems to me to reveal the eternality of religious searching as manifested in this specific moment in time: in it, a woman wearing her medical mask like a vestment and a thin linen top patterned like monastic lace raises her hands in a classic gesture of blessing. Her long fingers reach for the sky, paused somewhere in the sign of the cross or summoning the Holy Ghost or calling on heaven’s angels to descend. For all that’s modern about this affliction and the trappings of the Rock Church drive-in service, the woman could almost be Mary at the foot of the crucifixion crying out in pain for her dead son, or Mary Magdalene outside the empty tomb, surprised by joy and raising her hands in bewilderment. It is so difficult to know sometimes, not just in these pictures but in general, whether we are bearing witness to someone’s grief or gladness, to something perfunctory or wholly sincere. Christians are so well trained to speak of the mysteries of the Lord, but what Peterson’s photographs reveal is how mysterious we can be even to one another. 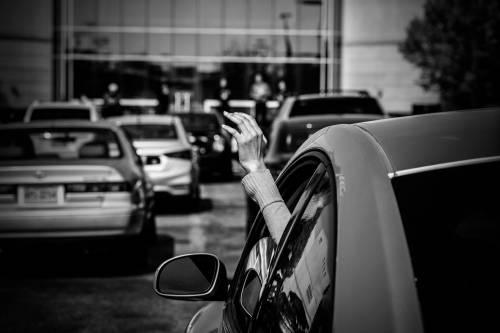 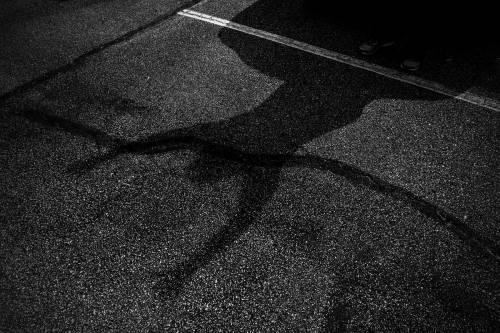