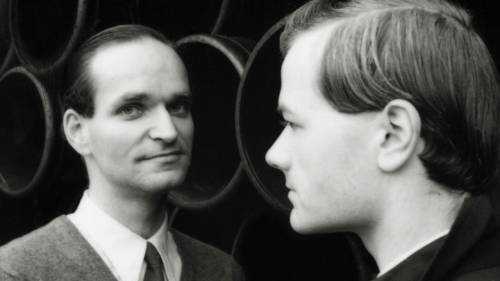 Florian Schneider-Esleben, one half of the German electronic band Kraftwerk, died from complications of cancer, a few days after his seventy-third birthday. Schneider-Esleben was famously enigmatic—obscure in a mischievous and impish way—and he had not performed live with Kraftwerk since 2006. (He left the band in 2008.) Until Sony Music, the band’s label, confirmed Schneider-Esleben’s death on Wednesday morning, many of his fans didn’t know he was sick at all.

There’s something perversely comforting about otherworldly figures departing this astral plane without warning. It feels less like a loss than a kind of reclamation: stardust to stardust. In 1970, an era in which the guitar was still understood as the primary medium for masculine emoting, Schneider-Esleben and his musical partner, Ralf Huetter, founded the Kling Klang Studio, in Düsseldorf, and started Kraftwerk, a musical project that relied on tape finagling, aggressive overdubbing, and the deliberate manipulation of traditional instrumentation via oddball electronic devices. Their first two releases—“Kraftwerk,” from 1970, and “Kraftwerk 2,” from 1972—are gorgeous and bizarre experimental rock records. Already, the band was fusing a kind of primal, proto-punk insouciance with a more measured and cerebral approach to music-making. In many ways, this remains Kraftwerk’s most remarkable achievement: writing songs that somehow sound both careful and totally brazen.

By 1974, when Kraftwerk released its fourth album, “Autobahn,” Schneider-Esleben and Huetter had acquired a small arsenal of analog synthesizers, including the Minimoog, the ARP Odyssey, the EMS Synthi AKS, the Farfisa Professional Piano, and a gaggle of mysterious, bespoke machines that made damp and repetitive drum sounds. I didn’t hear “Autobahn” for the first time until twenty-some years after its release—by then, what Kraftwerk had invented had trickled down, generously informing two decades of popular music. But the album still felt revelatory, if not insane. “Wir fahren, fahren, fahren auf der Autobahn,” Huetter sings in a quiet, almost deadpan voice. “Autobahn” is the first Kraftwerk song to feature lyrics; Huetter’s vocals are processed through an early Vocoder. “We drive, drive, drive on the highway.”

I can’t think of another song that better approximates the soft, giddy feeling of something new suddenly opening up. The song’s first few movements—the album version is almost twenty-three minutes, in total—make me feel as if I have just crested a long hill. Kraftwerk wrote often about motion—the band was interested in ideas of repetition, inertia, speed—which might be part of why its records feel so transporting. To anyone who feels a desire to briefly depart Earth, I say cue up “Autobahn,” close your eyes, and prepare to gently dissociate.

Kraftwerk would release six more albums between 1974 and 2003, including “Trans-Europe Express” and “The Man-Machine,” idiosyncratic masterpieces that continue to resonate broadly and deeply. It’s difficult to imagine whole genres of popular music—New Wave, techno, industrial, hip-hop—existing without Kraftwerk’s blueprint. Once a person starts attempting to untangle the band’s legacy, it becomes hard to know when and where to stop. Kraftwerk’s studio albums have been sampled liberally (by Jay-Z, Afrika Bambaataa, Coldplay), but its influence feels even more diffuse and profound. Artists such as David Bowie, Madonna, Kanye West, Radiohead, Nine Inch Nails, Iggy Pop, Joy Division, Depeche Mode, Daft Punk, Björk, even Ariana Grande—anyone who has plugged in a keyboard, or downloaded a sample, or electronically massaged a bit of sound—owe a considerable debt to the band’s audacious use of synthesizers, and the way it both erased and highlighted the chasm between a computer and a human being. 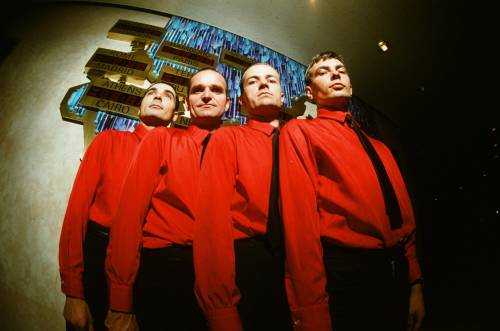 It’s striking, even now, how much of Kraftwerk’s music was unprecedented.Photograph by Koh Hasebe / Getty

In 2014, when Kraftwerk received a Lifetime Achievement Award at the Grammys, the Recording Academy described the band’s music as sounding “as mechanized as a Ford assembly plant.” Most of Kraftwerk’s songs relied heavily on drum machines and centered around repetitive, sometimes mesmeric beats. There might be a familiar sound mixed in (some flute, a guitar, violin), but, then again, maybe not. It’s striking, even now, how much of Kraftwerk’s music was unprecedented. Refining some established mode—working carefully to extend a history—is, of course, a lovely and valid way to make art. But there’s something heroic about disregarding history and inventing an entirely new path. It’s hard enough to see uncharted territory, let alone set forth into it—who wouldn’t admire the guts required?

There is a video of Kraftwerk appearing live on television, in October, 1978. The band—a quartet at that point—is dressed in red shirts, black neckties, and charcoal-gray slacks, with white face makeup and dark lipstick. They’re positioned in front of synthesizers, and are standing so perfectly still that, at first, it seems as if they are mannequins. Huetter is the first to move, then Schneider-Esleben. “We are the robots,” they sing, rolling the “R”s. The performance is an extraordinary bit of theatre—funny, weird, transfixing, prescient. It is especially wild to consider it in its proper context—1978 was the apex of disco in America, a year in which the Bee Gees’ “Night Fever” was lodged at No. 1 for eight weeks, and teen-agers everywhere were memorizing the soundtrack to “Grease.” Schneider-Esleben holds what looks like a flute, but he never raises it to his lips. The band returns for a second performance, of “Radio-Activity.” Again, they barely move their bodies. The idea that what makes music powerful is rawness or performing it with humanity—well, that suddenly feels irrelevant. The song fades out as the camera zooms in on some kind of gauge. It takes a moment for a viewer to understand what she has just beheld.

Previous : Trump still wants to get rid of the Affordable Care Act, even as Covid-19 rages
Next : New Banksy Artwork Pays Tribute to Frontline Staff and NHS Workers