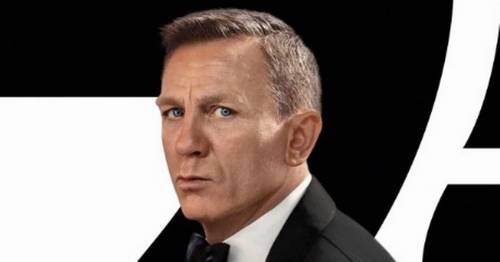 The wait has been long and arduous but the time has finally arrived: James Bond is Back.

After an apparent betrayal by his beloved Dr Madeleine Swann ( Lea Seydoux ), James Bond ( Daniel Craig ) has been retired and living a solitary existence in Jamaica.

However, when his old friend Felix Leiter ( Jeffrey Wright ) requests his help retrieving a missing scientist, Bond is forced out of retirement and must face not only Madeleine but a dangerous new foe with some scary new technology.

Can Bond pull off his most dangerous and personal mission yet?

Thankfully, it is the makers of the Bond franchise who have really pulled off a big mission: providing a fitting farewell to Daniel Craig’s era.

Rightfully among the cast, the film really belongs to Craig who gets some of his most emotional work to date as the cold 00 agent as he faces some demons and the question of what his legacy will be.

People will say he looks much older in the part but that feels right here, Craig is playing a weathered figure, one worn down by years of service and loss.

He is truly haunting at times in his final outing.

The only other cast member who truly gets a strong character arc is Lea Seydoux as Madeleine. While the film, like Spectre, doesn’t spend enough time with Bond and Swann to make them feel like a believable couple, there is a great deal more texture added to her character and she is pivotal to the plot throughout.

Elsewhere, Lashana Lynch makes for a charismatic but likeable frenemy for Bond in the new 00 agent Nomi, bringing a reality to a character who could be so easily one-dimensional.

Meanwhile, Rami Malek is surprisingly underused as the enigmatic villain Lyutsifer Safin but his appearances are effectively chilling, ghoulish and downright nasty.

In fact, much of the supporting cast is under-utilised, including the MI6 regulars of M ( Ralph Fiennes ), Moneypenny ( Naomie Harris ), and Q ( Ben Whishaw ).

One person who really makes an impression despite her limited screen time is Ana de Armas as the bubbly and quietly enthusiastic Paloma. Perhaps the franchise should look to use the Knives Out actress elsewhere down the line.

In terms of direction, Cary Joji Fukunaga has crafted a handsome and atmospheric film. The opening sequence especially had shades of horror that would have perhaps contributed to a scarier threat.

Much must be said for the utterly gorgeous cinematography by Linus Sandgren, who really makes the most of the epic narrative scope and deliciously picturesque international locations.

Yet, as with most franchises these days, this is just the latest episode in an interconnected story and as such feels more like a summation of Craig’s era, a series finale if you will.

But what a fitting finale it is.

Full of callbacks and reminders to Craig’s previous outings (including Casino Royale which remains unbeaten here) there are multiple homages of older Bond films too, particularly On Her Majesty’s Secret Service with which this film shares some DNA.

It is long (nearly three hours!) but is so eventful it never really felt like a slog.

It is brimming with action, betrayal, big weapons, a familiar score (despite Hans Zimmer getting involved), and the shadow of Vesper Lynd, who the films, like Bond himself, can’t seem to let go of (although we see why).

Daniel Craig gets a fitting final outing as James Bond
(

Despite sticking to the formula in many ways it is surprisingly bold with some plot developments and it is the kind of climax you have to see on the big screen.

Ultimately, there’s no denying that the bombastic No Time To Die is the ideal trip back to cinemas and sadly our last time to enjoy of the best Bond actors in the iconic role.

What is your favourite James Bond film? Let us know in the comments below.

Previous : Shopify enlists Microsoft, Oracle for business tools on app
Next : Out of the blue: ‘Captain DPRK’ brightens up North Korean defence exhibition