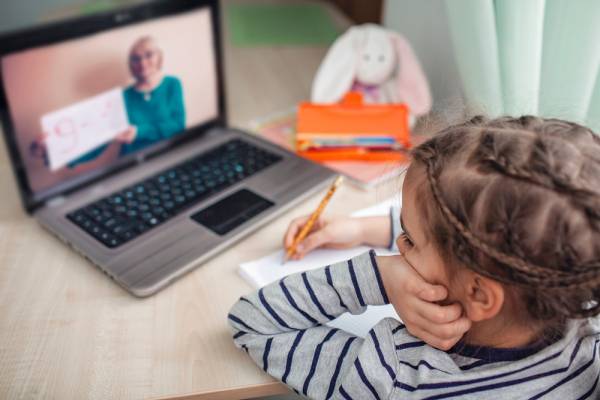 COVID 19 has temporarily shuttered our brick and mortar schools forcing school administrators to rapidly create and deploy distance learning models to our nation’s56.6 million PreK-12 students, without the luxury of a practice drill.

Furthermore, as of this writing,23 states have announced that their schools will remain closed until the fall, creating additional anxiety for students, parents, teachers and administrators.

The early read is that the schools are scrambling to launch virtual classrooms while balancing the needs of a diverse student body, an onslaught of parental communications, not to mention public pressure. Unfortunately, it is also a tale of the haves and the have nots. Some 21 million U.S. homes do not have a broadband internet connection according to a2019 study from the Federal Communications Commission (FCC). Many of these are lower income households where the parents are predominantly smartphone users who do not own other devices such as laptops, PC’s or tablets.

The absence of broadband technology and a home computer increases the likelihood of a student falling off the grid. After the Los Angeles Unified School district, the second largest in the country with over 600,000 students, invested $100 million in computer equipment and hot spots, they were not able to track down all of the students. An estimated 15,000 high school students had gone AWOL and another 40,000 were not checking in regularly with their teachers as of March 30 according to theLos Angeles Times.

While the missing students started coming online the following week as they obtained access, the pandemic has also shed sunlight on some of the breakdowns in school-to-parent communications including inaccurate household data and inconsistent outreach efforts.

The digital divide inevitably leads to what FCC Commissioner Jessica Rosenworcel has described as the  “homework gap” between wired households and unwired households. While middle class children often have their own personal computer, lower income students are forced to scavenger for internet connections at neighbor’s homes, libraries and fast food restaurants. TheLos Angeles Timesrecently profiled a nine-year-old girl at Russell Elementary School in South Los Angeles who has to wait for her father to return from work at night to view her homework assignments on his cell phone. That’s a lot of pressure for a fourth grader.

Philadelphia’s public school district which serves over 200,000 students,recently discovered they needed 50,000 additional chrome books for distance learning.  Fortunately, Brian Roberts, the CEO of Comcast, the city’s 4th largest employer, stepped up with a $5 million donation to help offset the $11 million emergency expense. Yet as, reported recently inThe Philadelphia Inquirer, Philadelphia schools will not be fully online until at least May 4. Yet, at the same time, students attending neighboring private and affluent public schools including Cherry Hill, NJ and Lower Merion, PA seamlessly migrated to distance learning.

While organizations like Comcast and Cox Communications are helping disadvantaged students by offering free household internet services for 60 days in many geographic regions, access to technology is just a prerequisite. A recent study on student attendance policies fromCenter on Reinventing Public Education and Chalkbeat of 82 of the largest public school districts in the country revealed that only 14 of them had a documented policy for tracking online attendance. The study revealed wide discrepancies in practice with University High School in Newark, NJ using a three-person team to verify daily attendance versus the Chicago public school system which is just tracking whether students turn in their assignments. In this environment, the nation’s1.5 million homeless students are especially vulnerable as the schools no longer have consistent contact with them.

While teachers are doing their best to create and disseminate lesson plans using Google Classroom, Zoom even television asWashington DC public schools recently announced, parental involvement is still essential. Once again, the ability to strategically facilitate a child’s learning plan is a reflection of the parent’s education level and socio-economic status. Educated parents are far more comfortable with intervening in their child’s program of study then parents with less formal education.

The transition to distance learning has been especially challenging for our nation’s seven million students who qualify forspecial education services under the Individuals with Disabilities Act (IDEA).  Secretary of Education Betsy DeVos has stated that schools must “make every effort to provide special education services in keeping with the child’s Individualized Education Program (IEP).” However, the $2 trillionCorona Virus Stimulus Bill includes provisions for waivers of some IDEA services due to the inherent complexities of delivering them, leading the left to claim that these emergency waivers are a first step towards unravelling IDEA.

New York City, the largest school public school district with over 1.1 million students, which is currently at the epicenter of the virus, has already received awaiver enabling them to limit some of their special education programs.

Special education services which are highly reliant on in person contact do not easily transfer to distance learning. The children who are recipients of special education services cut across a wide spectrum of disabilities. While some children may adapt to computer or video learning, others have physical disabilities which prohibit or limit them from doing so. It is also very difficult to deploy behavior modification to a child who is likely experiencing more anxiety due to the disruption in his routine and physical separation from his teachers and behavioral specialist. IEP learners require a continuity of therapy. Any break in delivery could cause the child to regress and undo months if not years of developmental progress.

As Steven Aleman, a lawyer for Disability Rights Texas commented toThe Texas Tribune: “This disparity between this subpopulation of kids with disabilities versus any other grouping is wide. Any delays … are going to exacerbate that gap. That’s a child’s future that you’re diminishing.”

Experts like Mr. Aleman recommend that districts identify creative alternatives to in-person therapies including training parents. While this solution will work for some children, not every parent has the appropriate temperament. Depending upon the nature and severity of the child’s disability, some parents might end up spending more time calming their child down versus advancing their development. Once again, the educated parents who have the means to pay for private therapy will be better positioned to support their child’s needs than those who are fully dependent upon federally funded services.

COVID-19 has compelled us to rethink how we educate our children. Our schools have been forced to migrate to distance learning with little advance warning or preparation. The virus has also exposed some of the cracks in our brick and mortar school systems including funding disparities, inconsistent household data collection and touchpoints, the digital divide, the homework gap, and other socio-economic inequities. On the other hand, this unplanned experiment has provided us with a unique opportunity to reimagine the education paradigm to be more efficient, creative and inclusive. Let’s not squander this teachable moment.

Leonora Cravotta is director of operations with The American Conservative. She is also the co-host of The Scott Adams Show, a live daily show on Red State Talk Radio .  Leonora’s diverse background includes ten years with JPMorgan Chase and TD Bank where she held various VP level marketing and product development positions. She has also previously served as director of development for several non-profit organizations. Leonora received a BA in English/French from Denison University, an MA in English from the University of Kentucky and an MBA in Marketing from Fordham University.  A native of Northern NJ, Leonora currently resides in Arlington, Virginia.

Previous : How Norman Rockwell’s America Would Have Survived This
Next : What if the Coronavirus Really Did Originate in a Chinese Lab?