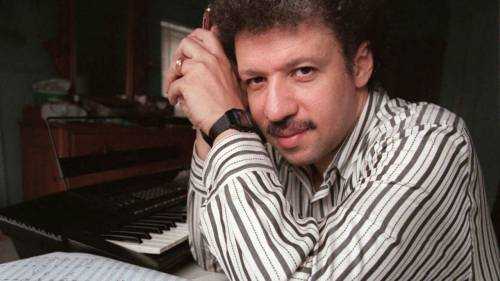 In her incisive book “Black Opera: History, Power, Engagement,” the musicologist Naomi André frames black opera—opera that foregrounds black experiences, voices, and bodies—as a kind of shadow culture, with a rich lineage that runs parallel to, but has been obscured by, mainstream opera tradition. Those two traditions drew closer together earlier this month, when the composer Anthony Davis received the Pulitzer Prize for music for his opera “The Central Park Five,” which recounts the wrongful conviction and later exoneration of five black and Latino New York City teen-agers. Citing the composer’s effort as “a courageous operatic work” that “transforms a notorious example of contemporary injustice into something empathetic and hopeful,” the Pulitzer committee gave what is effectively the strongest acknowledgement to date of Davis’s ongoing creative engagement with race and political struggle in American history.

Opera has a problematic history with race, stemming in part from a lack of black authorial voices and failure to represent black subjectivity. But this is beginning to change, sometimes in imaginative ways. Composers are not only transforming black experiences and history into musical dramas but—just as important—companies are putting them on stage. Within the past decade alone, the stories of Charlie Parker, Harriet Tubman, the baseball player Josh Gibson, and the boxer Emile Griffith have found a home at opera houses.

Such biographical treatments of black experiences in opera find a significant precedent in Davis’s first opera, his landmark “X: The Life and Times of Malcolm X,” which premièred at New York City Opera, in 1986. “My goal,” Davis once remarked, “is to be the American composer who helps to define opera for the next century, to give opera its unique American voice.” To a certain extent, he’s already succeeded. Before “X,” full-fledged black operas were scarce: William Grant Still’s “Troubled Island,” in 1949, and Scott Joplin’s “Treemonisha,” in 1975, had comparably high-profile premières. But in the mid-eighties, an opera about a controversial black nationalist was not an obvious—or entirely comfortable—fit for Lincoln Center. What did it take for an opera about Malcolm X to appear at City Opera, and what might that tell us about the racial topography of American opera, then and now?

“Jazz composers,” the critic Francis Davis (no relation to the composer) wrote in The Atlantic in response to the première of “X,” “do not enjoy the benefit of well-established institutional support systems, as do their classical and theatrical counterparts. . . . Major new operas are rare enough, but large-scale works of any kind by black composers associated with jazz are practically nonexistent, because so few black jazz composers have been given the necessary carte blanche.” The Pulitzer’s own history of jazz exclusion speaks to the way in which race and genre intertwine in American musical politics, with “jazz” sometimes deployed as a ghettoizing designation. A generation earlier, Duke Ellington had chafed at this aesthetic redlining; Anthony Davis went so far as to contractually forbid producing companies from using the term “jazz” in connection with “X.” He did this despite the opera’s sometimes subtle, sometimes overt musical allusions to blues, big band, bebop, and free jazz, and the inclusion of a small improvising ensemble within the orchestra.

In fact, the inspiration for the opera came from the frequent references to jazz throughout Malcolm X’s autobiography. Davis’s younger brother Christopher suggested collaborating on a musical that traced the twin evolutions of jazz and Malcolm X. The composer countered with opera. “I really wanted to confront people with the preconceived notion of black music being less than high art or commercial art . . . that was my hidden agenda,” Davis commented in 1986, months before the première. “It’s my firm belief that true American music can only come about at the meeting place of traditions which essentially shape American culture—the black American tradition, which is very strong, and the European tradition, which still has influence in America.”

There was still yet another reason for making the opera, one that resonated with Malcolm X’s own advocacy of black economic self-determination: to create jobs for black opera singers otherwise limited to a career of “Porgy and Bess.” Black singers, Davis said at the time, “are dying to do opera, demanding operatic roles . . . I thought I was providing a great opportunity for twenty-eight singers.”

Working with his brother and their cousin Thulani Davis (a poet and then Village Voice contributor) as librettist, Davis envisioned a Wagner-esque, three-act opera that would center on Malcolm’s two conversions, first to the Nation of Islam and later to orthodox Islam. The opera, per an early conceptual statement, would “depict Malcolm’s odyssey as a story of redemption . . . from a child filled with justifiable rage to a man with a transcendent view of the future.” Musically, Davis used dissonance to establish a pervasive undercurrent of violence, along with intricately complex rhythmic layering and ostinatos to propel the drama forward.

Timing and networking were key to surmounting the structural barriers to black opera in the nineteen-eighties. Building on his reputation within New York City’s avant-garde circles as a virtuoso pianist and innovative composer of partly notated, partly improvised music, Davis garnered support from venues like the Kitchen, which officially commissioned “X” in March, 1984. In these smaller arts organizations, a dedication to aesthetic experimentation often was matched by an equally strong commitment to political progressivism. And Davis’s foray into opera coincided with a renewed interest in and funding for new opera in the United States, which included OPERA America’s “Opera for the Eighties and Beyond” initiative and the creation of the American Music Theatre Festival (A.M.T.F.), in Philadelphia.

A.M.T.F., the brainchild of the singer-turned-impresario Marjorie Samoff and the critic-composer Eric Salzman, nurtured “X” over the better part of three years. Although the festival’s stated raison-d’être was to push the boundaries of music theatre, it also championed underrepresented artists. “Our mission,” Samoff told me last year, “was to première new work from all different cultural and musical orientations, and we had a huge commitment to artists of color. We did more work by artists of color than almost any other theatre.” To that end, A.M.T.F.’s first season, in the summer of 1984—which included an in-progress staging of “X”—featured some predominantly black casts and creative teams. As part of the iterative, incremental approach it encouraged, the festival set up a four-week workshop at the Brooklyn Academy of Music the following spring.

This workshop led to an unexpected outcome. Christopher Keene, then City Opera’s artistic supervisor, attended a rehearsal and pushed the general director Beverly Sills to program it. She agreed, and eventually reached an arrangement with Samoff whereby A.M.T.F.’s 1985 production would be called the “first full production” and City Opera would claim the world première. But the opera’s subject made fund-raising difficult, despite its depiction of Malcolm X’s trajectory from hate toward love. “People then and maybe people today didn’t like the idea of doing an opera about Malcolm X,” Samoff said. “It was a controversial subject.” Sills encountered the same problem in New York. When she committed to performing “X,” the Lila Wallace-Reader’s Digest Fund withdrew the two hundred and fifty thousand dollars it had offered for the development of a new American opera. (Undeterred, Sills and Davis found alternative funding.)

The performances at Lincoln Center’s New York State Theatre in 1986 were a box-office and critical success. Critics proclaimed it “a riveting work, uncompromising politically,” and “splendidly theatrical,” praising “X” as “genuinely new, musically and theatrically effective,” and “unlike any other opera.” The production had the added effects of racially integrating the orchestra and diversifying City Opera’s audience, albeit temporarily. By some estimates, at least half of the opening-night audience was black, with attendees busing in from Harlem and many would-be viewers unable to get tickets. The director Spike Lee, whose blockbuster 1992 bio-pic would help initiate the “Malcolmania” of the nineteen-nineties, was among those in attendance. “But,” Davis reflected in a 1993 interview, “I think it was a lost opportunity in terms of the opera world because they could have sold out ten more performances. . . . I think part of it [was] that they were uncomfortable with the new audience.”

“X” launched Davis’s opera career. His science-fiction opera “Under the Double Moon” followed in 1989, and his three subsequent operas—“Tania,” “Amistad,” and “Wakonda’s Dream,” which dramatize Patty Hearst’s radicalization, an 1839 shipboard slave rebellion, and an 1879 Native American civil-rights trial, respectively—solidified his legacy as a composer of politically engaged, socially committed opera. Even his prolific instrumental and orchestral œuvre reflects his compositional predisposition for opera, as Davis often repurposes and reinterprets his nontheatrical music, integrating it into his operas, or spins off operatic musical material into standalone pieces. Portions of “X,” for instance, draw on his early “Wayang” music; “Amistad” led to his orchestral “Esu Variations” and “The Signifying Monkey.”

In creating “The Central Park Five,” Davis revisited musical techniques and production strategies that helped make “X” effective. In the same way that he incorporated jazz into “X,” Davis drew inspiration from hip-hop and the tight vocal harmonies of a-capella groups like Take 6 to establish the musical atmosphere of the late eighties and early nineties. “I borrowed, the way hip-hop samples music from earlier; I tried to use funk grooves that they might use,” Davis said last year. “And I tried to capture a little bit of what hip-hop does with rhythm and speech.” Davis also tested an earlier version of the opera with the Trilogy Company, in 2016, before revising and expanding it for the June, 2019, première, at Long Beach Opera.

Then as now, premièring an opera is one thing (and “X” seems to have had its share of premières), but having it produced again is something else entirely. Despite sold-out audiences and generally positive critical reviews, “X” has been fully revived only once in the past thirty-four years (by Oakland Opera Theatre, in 2006), for reasons that reveal why black opera has struggled to enter the repertory. When representatives from San Francisco Opera in the early nineteen-eighties suggested that “X” could be part of their inner-city Opera in the Parks program, Davis asked if they would consider mounting Philip Glass’s “Einstein on the Beach” in the park. “I tried to make them realize,” Davis said, “that it’s about time that America got over thinking of black art as being what’s done in the playground, or what’s basically the social-service part of culture.” And although the artistically progressive Minnesota Opera expressed interest in the opera early on, it backed out when it became apparent that the opera would be prohibitively expensive, owing to the fact that the predominantly black ensemble could not be cast locally and would have to be flown in. But these obstacles seem less insurmountable today. More companies are programming black opera, and Malcolm X is a less controversial and better understood figure than he was thirty years ago. Perhaps it is time—post-Pulitzer, in the era of Black Lives Matter—to take another look at “X.”