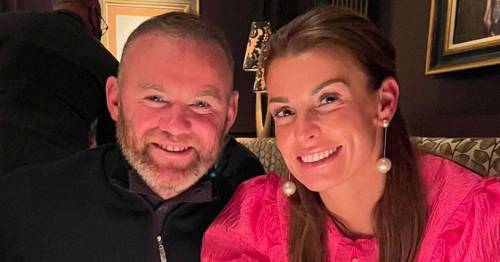 Wayne and Coleen Rooney's mega mansion has been accused of turning the area into 'footballers' housing estate' after a neighbouring property applied to build a barn next to their sprawling Cheshire family home.

The remarks came as Ollerton with Marthall Parish Council council were looking at plans for a neighbouring home's expansion but unwittingly dragged the Rooney's – although not by name – into a broader debate about over development of the green belt in the area.

The council urged planning authorities to oppose the Rooney's neighbours planning application to protect the greenbelt from over development.

The Council said: ''This is a plan devised to fail. Once the business fails, the barn will be converted into yet another house . . . to create what has become a collection of very, very large houses.

"We, as a parish council, ask that you stand against this application to protect the green belt and prevent the conversion of this part of Cheshire into a footballers’ housing estate."

A source told The Sun that the line was 'clearly aimed at the Rooneys' and their £20million mega-mansion which was completed last year.

The six-bedroom Cheshire pad, was critically compared on social media in its design to an out-of-town Morrisons superstore, also has an artificial pitch measuring up to 60,000 sq ft in its expansive 40 acres of grounds.

And followers of the famous footy family also took a further swipe at their £20million mansion which was unkindly compared to the drab design to a out-of-town Morrisons supermarket.

But perhaps jealous fans have taken a swipe at the stars home continued the comparison to other businesses on social media.

One person wrote online: 'Looks like my local Morrisons supermarket. £20million for that?'

Another said: 'Surely that is a new Tesco build…?' – others even compared it to a Travelodge hotel.

Previous : Tyson Fury admits his choice of next opponent “doesn’t make much sense”
Next : BTS named artist of the year at 2021 American Music Awards