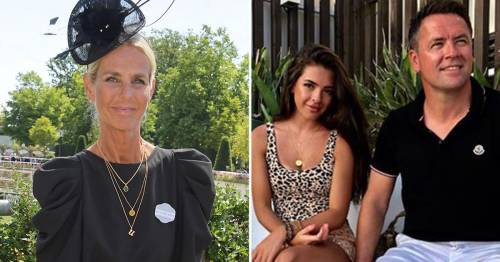 Ulrika Jonsson believes Gemma Owen has only got on Love Island because of her dad Michael Owen, saying she "slid on to the show off the back of someone else's fame."

The presenter, 54, shared her thoughts on the dressage rider, 19, in a recent opinion piece, writing that she feels "utterly resistant" to Gemma being on the ITV2 dating series.

The mother-of-four suspects the islander only made it on to the show because she's the daughter of renowned footballer Michael, 42 – rather than due to herself.

"This girl is there purely due to the blood, sweat and tears her father shed on the pitch. She has earned herself membership of the Love Island club by proxy," wrote Ulrika in The Sun.

"Of course, she’s got everything it takes – the new teeth, long hair, pretty face and cracking body (sorry, Michael, but I won’t be the only one who is thinking it).

"I have no way of knowing whether she would be on the show if her dad had not been a renowned footballer – but we can all make an educated guess. To that end, I do feel sad for her."

Ulrika said she could find herself in Michael's position as her daughters Bo, 21, and Martha, 18, could want to do Love Island. She said she wouldn't consider it a "nightmare" though.

The former weather presenter said however, her youngest daughter "wouldn't do the show because she fears it would limit her options in future".

The mother-of-four said that Martha "worries it would mar her chances of a decent career," with Ulrik adding that's a "refreshing concept."

The columnist also took issue with Gemma being allowed on the show as a teenager, with Ulrika questioning if people should be put into that "kind of environment" at that age.

She proposed there should be a minimum age of 21, rather than allowing the likes of Gemma to appear aged 19. Ulrika further stated that it makes her feel "uncomfortable."

She however believes that it's through Michael's 'blood, sweat and tears' that Gemma has made it into the villa
(

Ulrika suggested her discomfort may be due to her own experiences as a teenager, writing that she would have been "too self-conscious" to have gone on Love Island then.

Love Island continues tonight with Unseen Bits on ITV2 and ITV Hub at 9pm. Episodes are available the following morning on BritBox.

Fans 'work out what Gemma did to Luca'