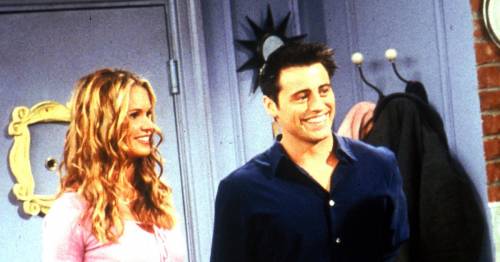 Supermodel Elle Macpherson has described working on Friends as “one of the greatest experiences of my career”.

The 57-year-old beauty starred as Joey Tribbiani’s gorgeous girlfriend and roommate Janine Lecroix for seven episodes of the hit sitcom.

And the Australian stunner has fondly reminisced on her time on the show following the airing of the highly-anticipated Friends: The Reunion.

“Who's seen the Friends reunion on HBO Max?” enquired Elle in a post to her 568k Instagram admirers.

She added: “Being asked to join the crew for a fun arc of 7 episodes as Joey's girlfriend Janine, was one of the best experiences of my career.

“Working as an ensemble with this talented group of actors was phenomenal.

“My time spent with them truly memorable and I feel honoured that I had the chance to work on such an icon production with a brilliant team both on screen and behind the scenes.”

Elle shared a series of nostalgic snaps from the show, the first of which was her leaning in for a kiss with Joey in one iconic scene. 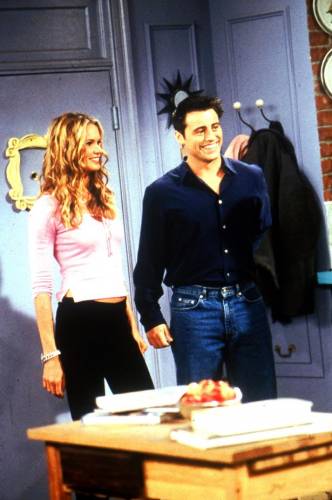 A second shows herself and actor Matt Le Blanc, who famously played the character, joking around in his apartment.

And the other two happy snaps show the duo having fun on set of the hugely-successful American sitcom series.

Elle’s post attracted more than 6,200 likes and plenty of congratulatory comments for her time on the show.

“That’s so very cool!” penned one happy fan. “I remember that – what a treasured memory that has to be!” 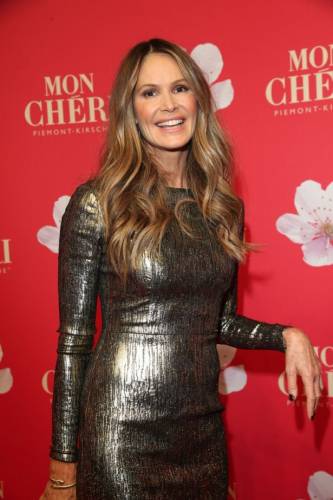 Supermodel Elle starred in seven episodes of the hit sitcom

A third teased: “Loved the show! I thought I’d see you guest star on the runway at the end.”

Friends: The Reunion first aired on HBO Max late last month and has also thrilled fans in the UK and worldwide since its release.

It was the first time the six iconic characters Ross ( David Schwimmer ), Rachel ( Jennifer Aniston ), Joey (Matt Le Blanc), Monica ( Courtney Cox ), Phoebe ( Lisa Kudrow ) and Chandler ( Matthew Perry ) had all been in the same room together singer filming the last episode of the show in May 2004. 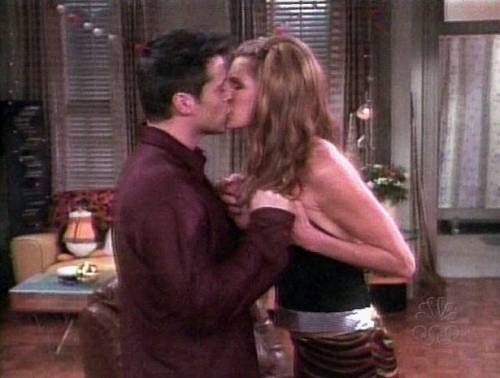 And 15 years later David and Hollywood A-lister Jennifer both confessed to having crushes on each other while filming.

“I mean, the first season, I had a major crush on Jen,” revealed David. “At some point, we were crushing hard on each other.:

David, 54, added: “But it was like two ships passing, because one of us was always in a relationship and we never crossed that boundary.” 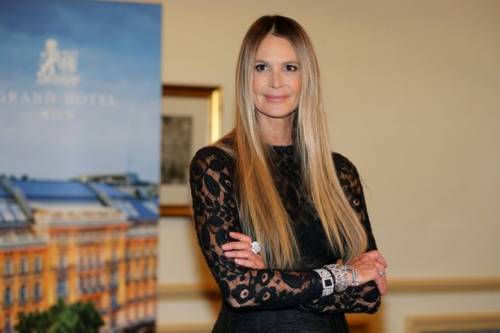 Jennifer, 52, revealed she had a candid conversation with David prior to their character's first kiss.

“Honestly, I remember saying one time to David, 'It's going to be such a bummer if the first time you and I actually kiss is going to be on national television,” Jennifer recalled.

“Sure enough, first time we kissed was in that coffee shop. So we just channelled all of our adoration and love for each other into Ross and Rachel.”

Previous : Chanelle Hayes suffers from panic attacks as her ‘stress levels hit 100’
Next : Blake Lively’s actor dad Ernie dies with famous daughter and wife by his side